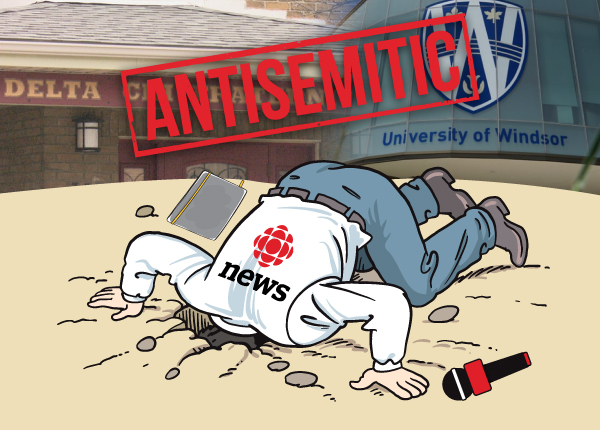 It was concerning to hear that a Canadian campus fraternity was allegedly behind a racist and antisemitic chatroom rife with hateful comments.

The Algemeiner newspaper reported that individuals “spoke of recreating tortures enacted by the Klu Klux Klan and routinely used racial slurs, the source added, before claiming that they ‘talk about burning Jewish people.'”

And yet, when covering the matter on the CBC News website on November 26, our public broadcaster failed to report on the Jew hatred that was emanating from this chatroom. HRC was concerned that this article failed to mention that one of the primary targets of these hateful messages were Jews.

The Algemeiner reported that: “Delta Chi members at the University of Windsor, in Ontario, made slews of racist, anti-Black, homophobic and antisemitic barbs in the private chatroom, according to screen captures shared with PinkNews 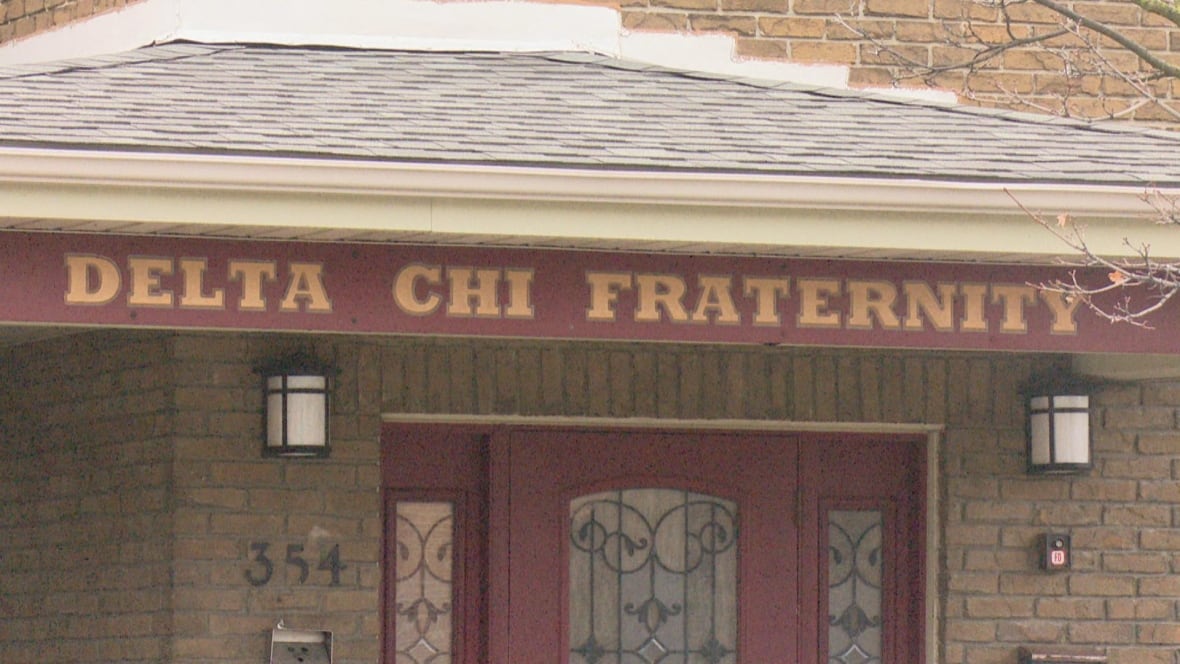 by anti-racist activists on the campus who exposed the chatroom’s existence.” Pink News also reported that: “A fraternity at a Canadian university said that being gay, Black or Jewish is a reason to be ‘lynched'”

Meanwhile, CBC’s report stated only that: “The private Facebook messages include racist and anti-Black comments and comments promoting violence.” There was no mention of the antisemitic messages that have been reported elsewhere. 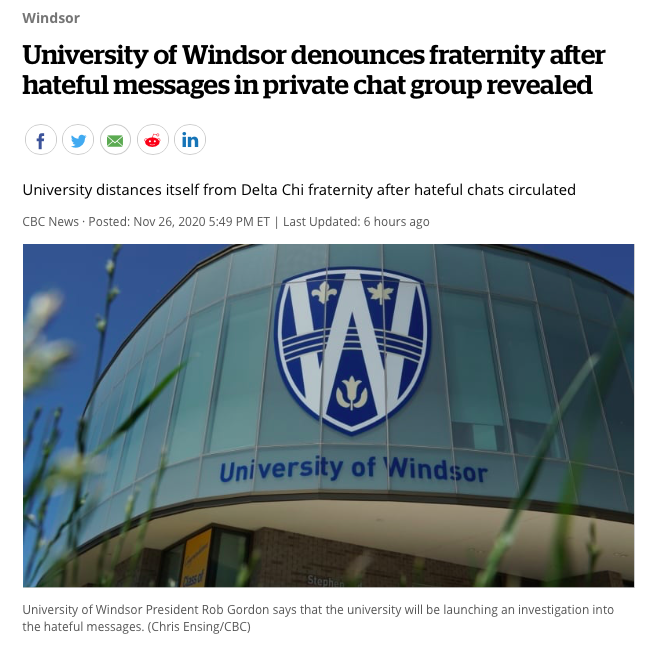 CBC acknowledged that: “CBC has viewed the screen captures shared by the anti-racism groups, ExposeUWindsor and atuwindsor2020, but has not been able to view the original pages.” Importantly, If CBC has viewed these screen captures, why was there no mention of the toxic Jew hatred which was allegedly being promoted within this fraternity’s chatroom? The CBC’s article only focused on the apparent anti-Black racism in the messages, but totally ignored the anti-Jewish racism.

In light of this information, HonestReporting Canada brought our concerns to the CBC’s attention requesting that this article be immediately amended to reference  the antisemitic messages contained in the chatroom and for CBC to consider producing a stand-alone article on this topic alone.

We await the CBC’s reply to our concerns. Stay tuned to this page for future update.