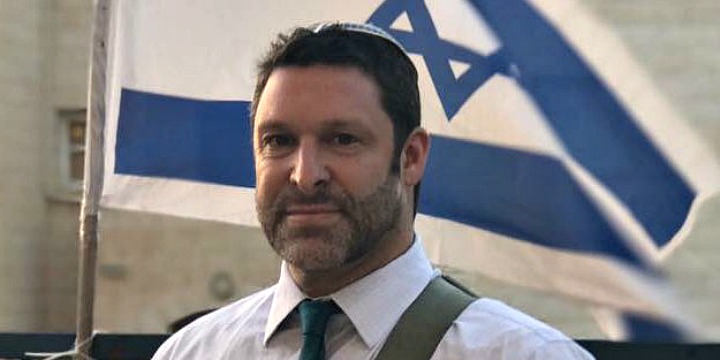 On the morning of September 16 in Israel, a Palestinian terrorist stabbed to death Ari Fuld, a prominent pro-Israel advocate and dual American-Israeli citizen, in a heinous and brazen daylight murder outside a shopping mall near Efrat, at the Gush Etzion Junction south of Jerusalem.

Fuld was a 45-year-old father of four best known for being a passionate and articulate defender of Israel, as a combat soldier who enlisted in the IDF and in the war of ideas in the realm of pro-Israel advocacy.

He was murdered by Khalil Yusef Ali Jabarin, a 17-year-old from a nearby Palestinian village.

Fuld, known for his heroism on and off the battlefield, shot his assailant after he was stabbed, an act which likely saved countless lives due to his bravery.

News of this attack was covered worldwide by the mainstream media. The attack itself was condemned by the U.S. and the EU, and Canada’s Ambassador to Israel, Deborah Lyons, also condemned the attack: 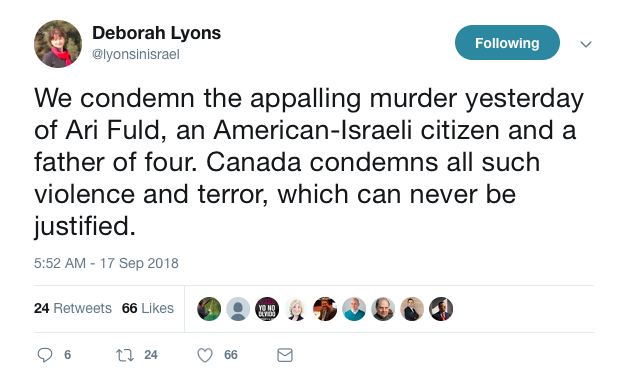 It’s even been reported that Palestinian Authority President Mahmoud Abbas condemned the attack. That said, Abbas’ government will pay the family of Fuld’s murderer NIS 1,400 a month for the next three years as part of its policy of funding what they call “martyrs” for the Palestinian cause. Israel calls this odious policy “pay for slay”.

Here in Canada, the Globe and Mail, CTV News, Toronto Star, National Post (in print and online), and most PostMedia newspapers all covered the attack (see appended below), prominently we might add, yet we have yet to see any coverage by CBC Online, Radio or TV.

Why has the CBC, Canada’s public broadcaster with considerable resources, not covered this horrific terrorist attack that is most newsworthy?

Today, HonestReporting Canada reached out to senior CBC editors asking that their journalists cover this attack so that CBC viewers, listeners and readers are informed of this incident. Failing which, the CBC will be guilty of bias by omission. Please convey your concerns to CBC directly and file complaints via the CBC website. 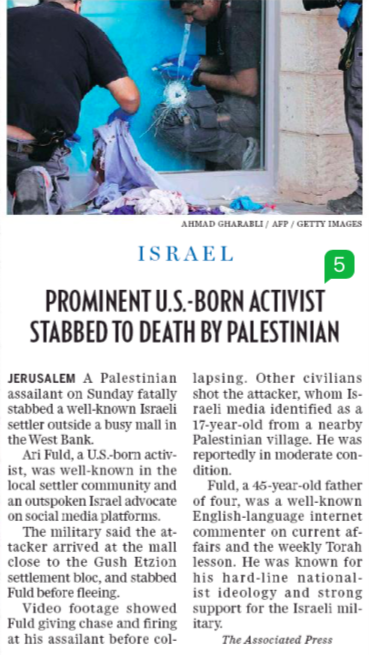