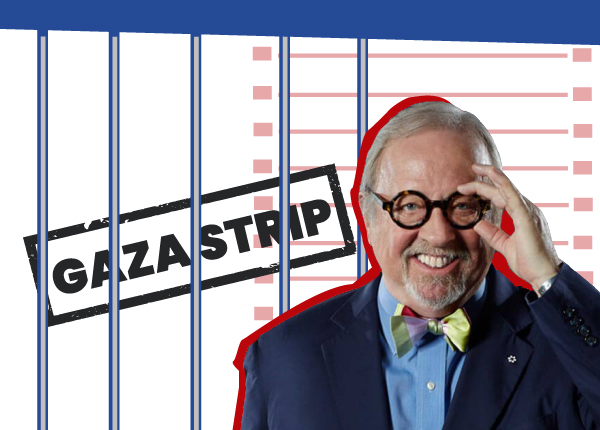 Just last week we reported that CBC Radio host Carol Off used the Corona virus pandemic as an excuse to tacitly criticize Israel. This week, another CBC host, Michael Enright, did the same on his Sunday Edition radio show.

On March 29, Michael Enright declared that Gaza is the world’s biggest open-air prison in a discussion about the affects that the Corona virus is having on impoverished regions around the world and those at states of war.

As is commonly known, Israel and Egypt’s blockade of the Gaza Strip isn’t pretty, but let’s face it, the genocidal Hamas terror organization runs Gaza and it’s committed to the Jewish state’s destruction, it doesn’t recognize Israel’s existence and commits daily terror attacks targeting Israeli innocents. That’s why Gaza has been effectively hermetically sealed by Egypt and Israel as Hamas and its terror partners continue firing rockets and trying to smuggle weapons into the Strip via land, tunnels or by sea. 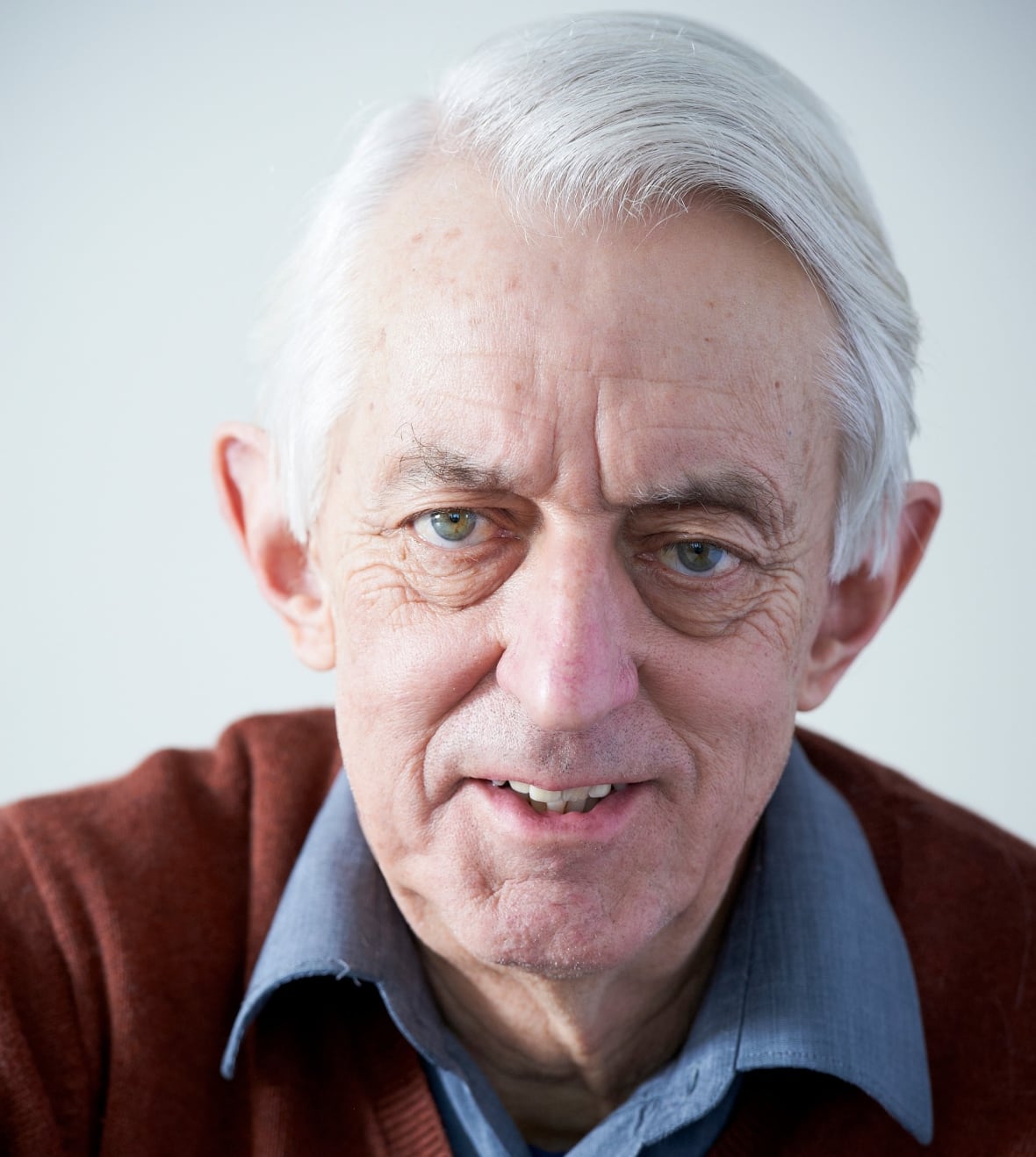 Naturally, none of this was acknowledged by Enright in his interview with Paul Rogers (pictured right), a U.K. security expert and peace studies professor on geopolitics during the pandemic. At the 20:11 to 22:45 mark of the interview, the following conversation ensued with CBC Host Enright and Professor Rogers both claiming that Gaza is an “open prison”:

Enright: “Moving to the problem that never goes away of course is the Israel-Palestinian conflict, Gaza, which of course for years has been called the biggest open-air prison in the world, everybody is jammed together, there is no such thing as a distance of two meters. What would happen, they’ve already had a confirmed case, fears of a potential outbreak, what would happen in that situation?”

Paul Rogers: “It’s almost impossible to say, I’m afraid Michael. It certainly could be quite dire. Within Gaza, under the current circumstances, there are medical facilities, there are hospitals operating, they have quite a lot of trained medics and paramedics, but it is as you say almost like an open prison of well over a million people, really very crowded, and as far as one could tell this would be a location where basically the Corona virus could spread and spread pretty rapidly. They would cope as best as they could, but it would be very, very difficult to do without outside aid and we simply don’t know whether that will be forthcoming of any sort. Of course, one suspects that what is happening and not being really reported yet is behind the scenes this exactly the same problem is growing in for example Egypt, and quite probably Jordan, as well and again, we keep on having to say that at present these are uncertain times and you cannot be sure exactly what is happening behind the scenes and many governments are reluctant to reveal the problems they face because they are only just starting to realize how difficult it’s going to be. Having said that, the Israelis are basically already where there’s already a problem, it’s not large yet, but it’s growing, but although it’s a relatively small crowded country, it is far better organized with a far stronger health service, that incidentally is not true of the West Bank at all and obviously the situation in the West Bank is in the larger towns like Tulkarem and Hebron and the rest there are problems, they do not match the level of the problem that would exist in Gaza, but they are there, they certainly will be exceeding the problems that Israel faces with its more developed health systems.”

Enright: “But it has I guess momentarily, taken the pressure off Prime Minister Netanyahu. He’s not going to stand trial he’s not going jail, there seems to be the usual concerns in Israel seem to have parked, in a sense.” 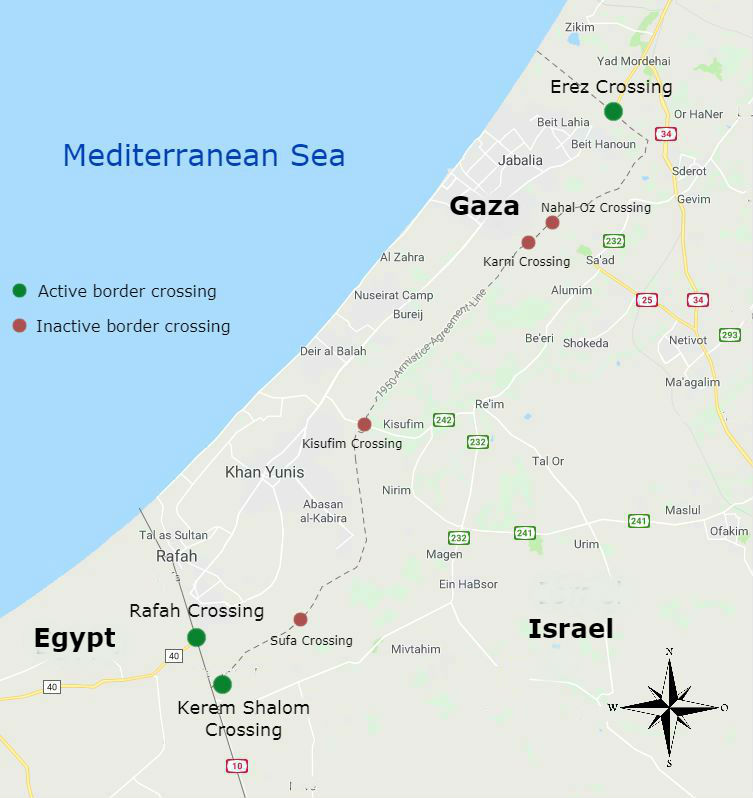 In truth, the Israeli/Egyptian restrictions on movement of people and materials to and from Gaza exist solely to prevent terrorism, full stop. Furthermore, Israel maintains the Kerem Shalom crossing at the Gaza-Israel border to allow the shipment of hundreds of thousands of tonnes of humanitarian aid, food, medicine and construction supplies. Any Gazan who has a permit to work in Israel or who is allowed to enter for humanitarian purposes, can come through Kerem Shalom or through the Erez Crossing in the north. As well, Israel’s Coordination of Government Activities in the Territories (COGAT) has a Coordination and Liaison Administration (CLA) in Gaza which: “works to assist the local Palestinian population in a wide range of areas. This includes importing and exporting goods, coordinating passage of residents to Israel and abroad (primarily for commercial and medical purposes) facilitating passage for international delegations and aid workers, promoting projects under the leadership of the international community (e.g. building schools, medical centers, community centers, housing), and assistance in the fields of agriculture, transportation, industry and commerce.”

In truth, it’s Hamas that is the true jailer of the Gaza Strip and it has constructed its own prison, has acted as the warden and has kept its populace under lock and key. That’s why Israel and Egypt have border security fences and have employed various anti-terror measures along Gaza in a bid to prevent Palestinian terror.

Shame on CBC Host Michael Enright for using the Corona virus pandemic to criticize Israel and to falsely portray Gaza as the world’s “biggest open-air prison”. Take action now by fling a complaint with CBC Sunday Edition at: thesundayedition@cbc.ca.