CBC Headline Fails to Identify Palestinian as an "Attacker"

In a report published yesterday on CBC News.ca, CBC editors gave the following misleading headline to an AP report: 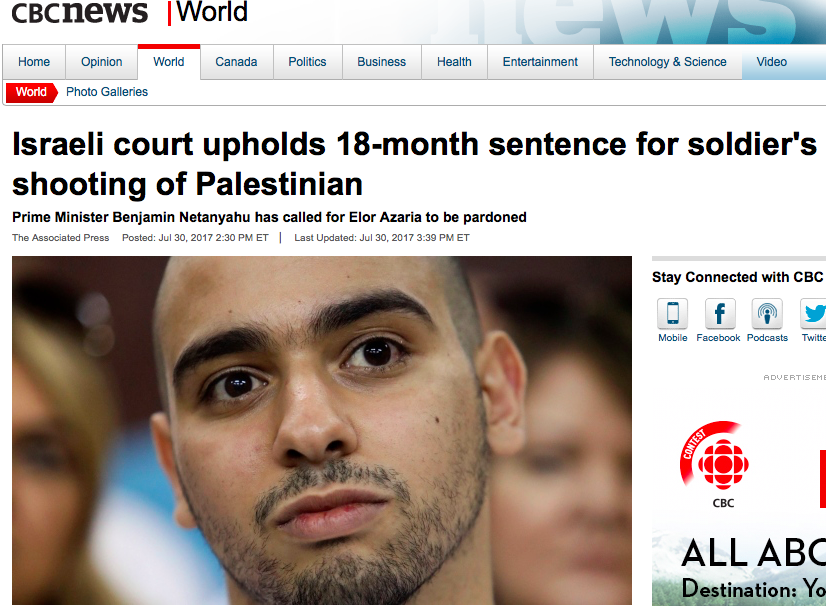 Importantly, readers view headlines 3:1 over the adjacent article, and many never read the article at all. For readers who only saw this headline and never read the full article, they would never know that the dead Palestinian was a terrorist attacker who had stabbed and wounded another Israeli soldier. Yesterday, an Israeli military court upheld an 18-month sentence for Israeli soldier Elor Azaria who was convicted of fatally shooting Palestinian attacker Abdel Fattah al-Sharif, who was lying on the ground after wounding an Israeli soldier with a knife. 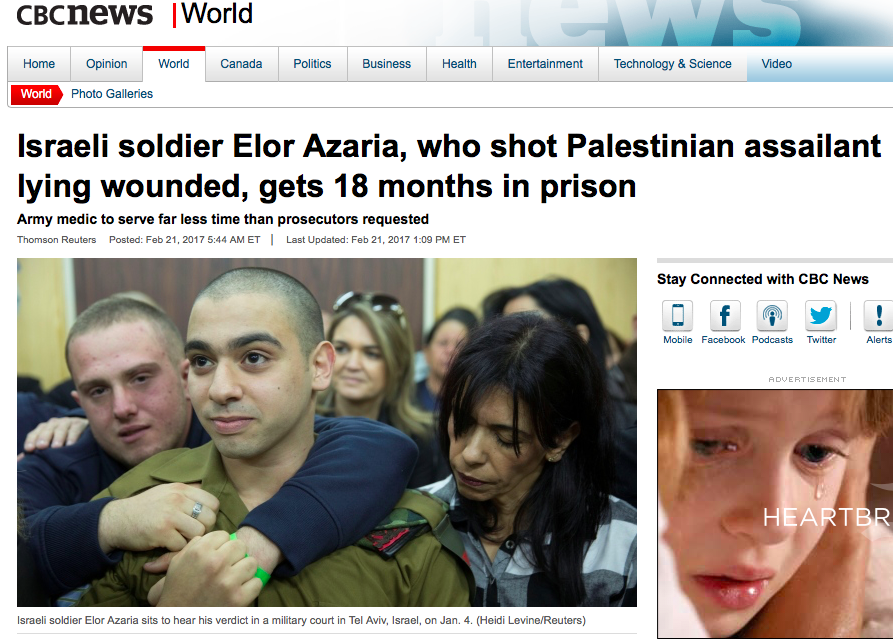 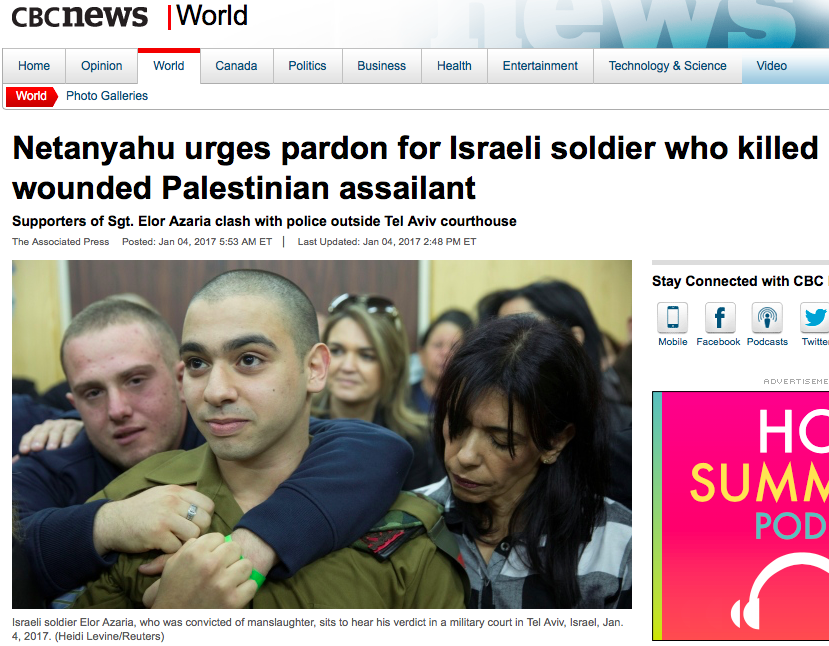 Apart from being misleading and unfair, the CBC’s headline was inconsistent with their previous reporting. As such, we’ve asked CBC editors to amend this report to mention that the Palestinian was an “attacker” or “assailant”.