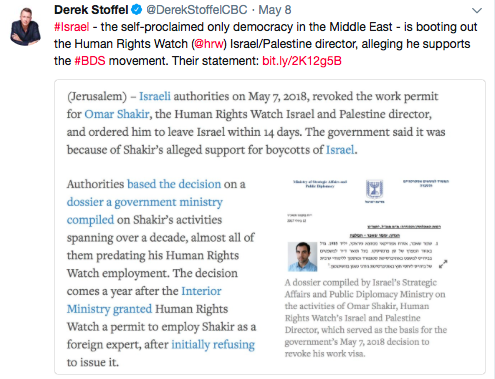 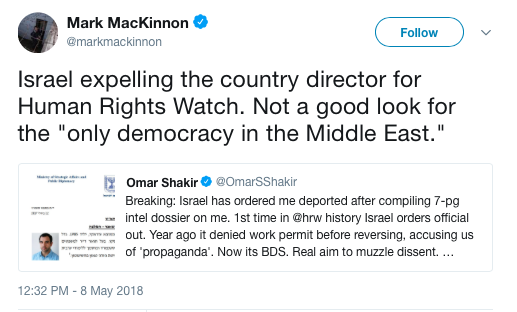 Both reporter’s inserted their personal opinions on this topic and implicitly cast doubt that Israel is the Middle East’s sole democracy. The reporter’s efforts were derisive.

In response, Arsen Ostrovsky, Executive Director of The Israeli-Jewish Congress (IJC) replied to Stoffel on Twitter (as did HRC to Mackinnon) taking the reporter’s to task: