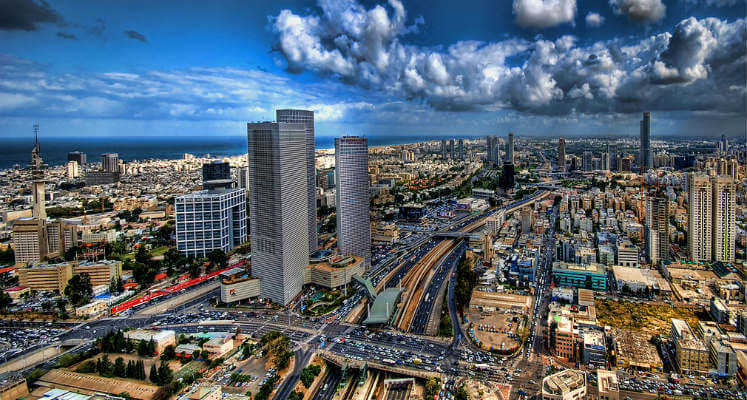 On May 17, CBC Online published an article by former Mideast bureau chief Derek Stoffel on the Eurovision song contest which Israel hosted in Tel Aviv recently.

In his article which focused largely on how Palestinians called for a boycott of Israel and the Eurovision song contest as the host city was inside the Jewish state, reporter Stoffel included the following quote from a Hamas official which erroneously claimed that Tel Aviv sits atop land of former Arab villages “stolen” by Jews:

“No one has the right — including singers and artists — to whitewash Israeli crimes by organizing the Eurovision 2019 in Tel Aviv, on the land which was stolen from our grandfathers and grandmothers,” said Basem Naim, an official with Hamas, a political party and militant group that is considered a terrorist organization by Canada and other governments.”

What CBC did not tell readers is that Tel Aviv was founded in 1909 as the first all-Jewish city in modern times. Since when did Palestinians have any connection to Tel Aviv?

As HonestReporting has pointed out, “there was never an Arab town or village of Tal ar-Rabeea (what Palestinians call Tel Aviv) prior to 1948. That name is a literal translation of the Hebrew Tel Aviv, which itself means “hill of spring.” In addition, Tel Aviv was not built on any Palestinian village – it was founded on sand dunes outside of Jaffa.”

Of course, Hamas considers all of Israel to be Palestinian land, but by the CBC’s including this statement from the Hamas official, leads readers to falsely believe that Palestinians have some sort of claim on Israel’s second largest city, Tel Aviv, which is patently not the case. Without any context, the CBC’s reporting feeds into the dispossession myth, presents Jews as usurpers, colonists and ethnic cleansers.

That’s why we called on the CBC to amend this article to reference the aforementioned context that was sorely lacking and which therefore rendered this article misleading and unfair.

Regrettably, CBC declined to revise its article allowing this falsehood to exist on the CBC’s website. CBC even proffered notorious anti-Israel writer Gideon Levy as a source to buttress its claim that there are “references to former Arab villages on the lands that the current day Tel Aviv exists.”

It’s with great disappointment for HRC to conclude that CBC has accepted Hamas’ propaganda as a valid claim that Tel Aviv was built atop stolen Arab villages.

HRC considers this file to still be open with the CBC and we will continue to pursue this complaint with CBC executives.