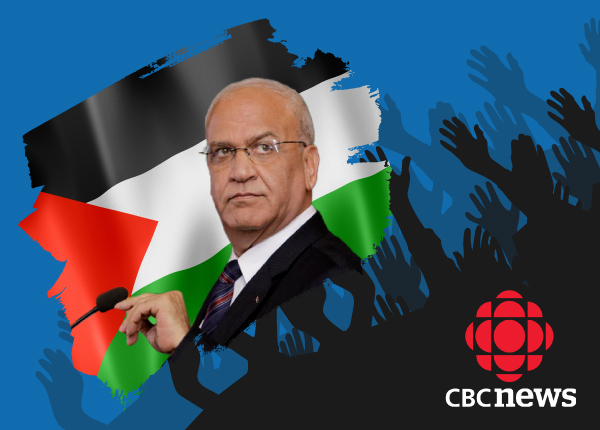 With news that longtime Palestinian leader and former chief negotiator Saeb Erekat had passed away, CBC News devoted considerable coverage which ostensibly fawned over Erekat and ignored his anti-peace credentials.

Erekat is best known for giving lip service to the cause of peace, for being duplicitous, and for engaging in the art of Palestinian double speak. He regularly told western audiences, specifically compliant journalists, about his desire for peace, while at the same time demonizing Israel to his domestic base and to the Arab world at large, accusing Israel of  “war crimes,” “apartheid,” “ethnic cleansing,” “occupation,” and more.

By way of example, CBC’s website featured a 1,200 word glowing obit, while CBC Radio produced a report that drew sympathy to Erekat. CBC The National also featured a segment too.

Most problematic was an interview broadcast on November 10 on the flagship CBC Radio program As It Happens. The program, which is anchored by Carol Off, who’s well known for her anti-Israel bias, saw the CBC’s host offer condolences in her interview with Mustafa Barghouti, General Secretary to the Palestinian National Initiative and a friend of Erekat’s. You can listen to the interview in full immediately below:

Barghouti, who’s entitled to his opinions, described Erekat as a true believer in non-violence and a supporter of peace. The eight and a half minute interview, saw Barghouti portray the “extreme right wing in Israel,” Israeli settlements, and Prime Minister Netanyahu as being chiefly responsible for destroying the Middle East peace process. CBC Anchor Carol Off even went as far to myopically claim that peace has been so elusive under the Trump administration and under Mr. Netanyahu, and in so doing, she absolved the Palestinian leadership of their own responsibility to negotiate in good faith, while ignoring the PA’s historical rejectionism and intransigence to peace. Off made no mention about the specifics of the U.S. Peace to Prosperity deal that would give the Palestinians $50-billlion in a global investment fund, nor did she mention previous generous Israeli proposals for peace at Camp David in 2000, Taba in 2001, and at the Annapolis conference in 2008. The 2008 offer is particularly noteworthy as it included Gaza, almost all of the “West Bank” (with negotiated land 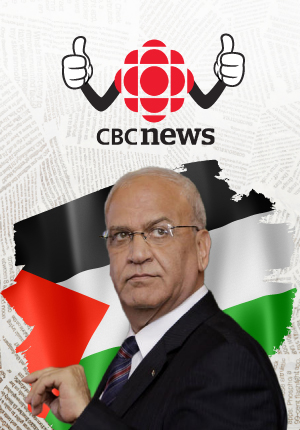 swaps for the remainder) a capital in eastern Jerusalem, and statehood.

Off praised Erekat saying he was dedicated to the two-state solution and omitted mentioning that he proudly supported the so-called Palestinian “right of return,” a demographic ticking bomb that would see Israel overrun by millions of the descendants of Palestinian “refugees,” rendering the Jewish state no longer Jewish. The “right of return” is a euphemism and coded language for war and Israel’s destruction.

Carol Off also failed to mention that:

– Erekat spread the Jenin massacre blood libel claiming on CNN that 523+ Palestinians were killed in the Jenin refugee camp. Erekat later conceded that he had no evidence to support his allegation

CBC As It Happens portrayed Saeb Erekat almost as if he was a saint, and in so doing, sanitized his anti-peace background. 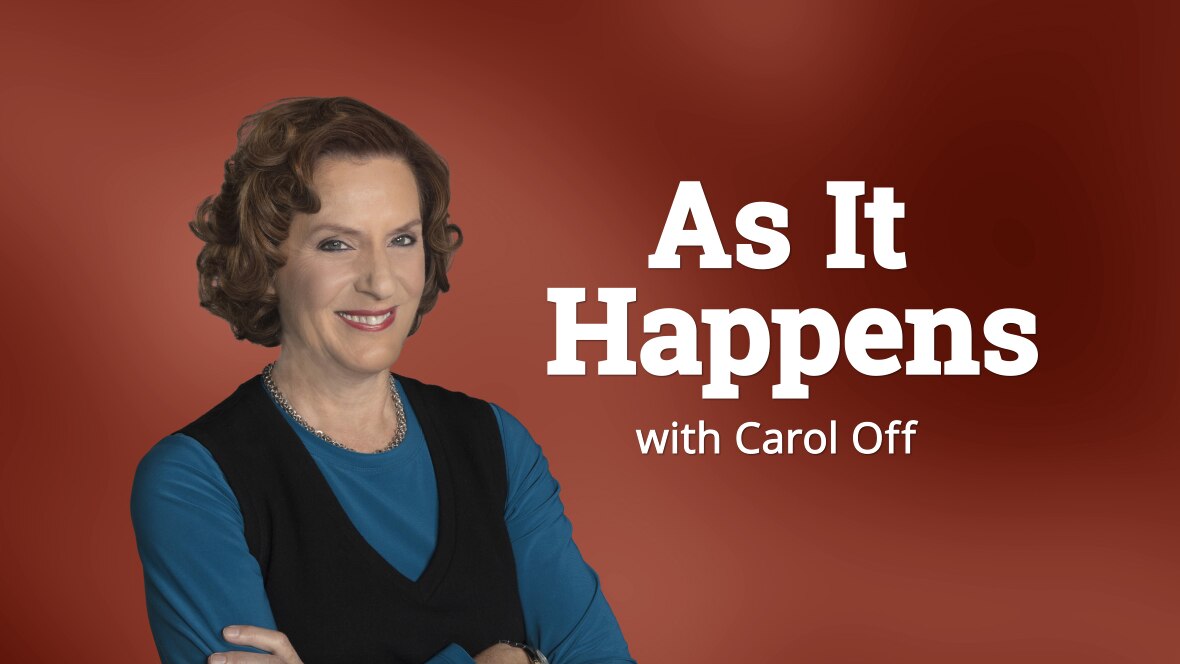 Tantamount to historical revisionism, CBC portrayed Erekat as someone who tirelessly argued for the two-state solution to end the conflict with Israel. While Erekat did negotiate on the Palestinian’s behalf since the Madrid conference in 1991, at the Oslo Accords, the Camp David talks, at Taba and at Annapolis, he was also by PA President Mahmoud Abbas’ side when he refused to negotiate with Israel, instead preferring a policy of unilateralism.

Amazingly, none of this found its way into the CBC’s coverage. Instead viewers were spoon-fed a misleading portrayal depicting Erekat as a moderate peace-seeker.

In truth, Erekat rejected meaningful compromise, he was responsible for incitement to violence, and he libeled the Jewish state whenever and wherever he could. This side of Erekat, CBC As It Happens completely ignored, giving listeners a one-sided and sympathetic perspective of a highly controversial figure.

HonestReporting Canada encourages you to send a complaint directly to CBC As It Happens via their contact page. Please refer to Carol Off’s November 10 interview with Mustafa Barghouti about Saeb Erekat.