A photo caption erroneously said the following: “Israeli Prime Minister Benjamin Netanyahu, in Ramat Gan, near Tel Aviv, stands Tuesday next to a map showing areas Israel will annex from Palestine if he wins national elections next week. (Amir Cohen/Reuters)” 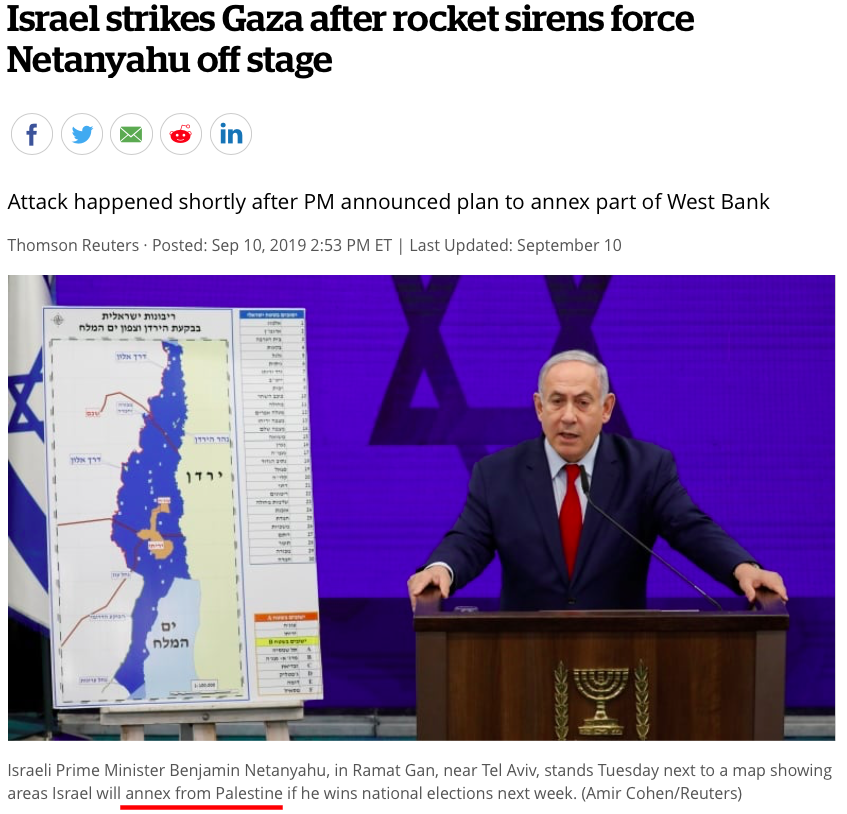 Firstly, Israel says it’s merely extending sovereignty over areas of the Dead Sea, the Jordan Valley and its settlements in what it regards as Judea and Samaria as Part of Area C which it has full civil and security control over, which the international community refers to as the “west bank”. These areas have never had a sovereign and therefore Israel cannot annex the areas because the land it gained in the 1967 war was not held by a sovereign foreign country. Lastly, there is no country called “Palestine”.

CBC acknowledges this fact: in its language policy: “Note: In the segment, Murad refers to “Palestine.” Our CBC Language policy, states there is no modern country of Palestine, although there’s a movement to establish one as part of a two-state peace agreement with Israel. Areas under the control of the Palestinian Authority are considered Palestinian territories: Fatah-run West Bank and Hamas-run Gaza Strip.”

After HRC submitted a complaint to the CBC, the photo caption was commendably corrected. It now states the following: “Israeli Prime Minister Benjamin Netanyahu, in Ramat Gan, near Tel Aviv, stands Tuesday next to a map showing areas Israel will annex the heart of the West Bank if he wins national elections next week. (Amir Cohen/Reuters)” 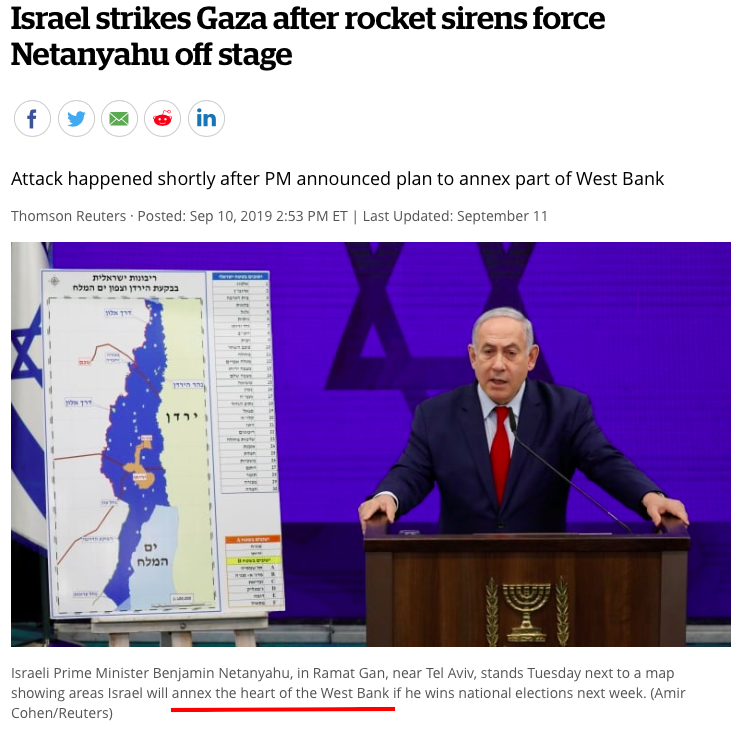