CBC Fails to Identify Palestinians as Attackers in Headlines

As noted in a recent HRC media action alert yesterday, CBC editors have on several occasions failed to prominently identify Palestinians as attackers in its headlines and news coverage. This regrettable trend continued in the CBC’s reporting on two incidents on January 10 and 11. 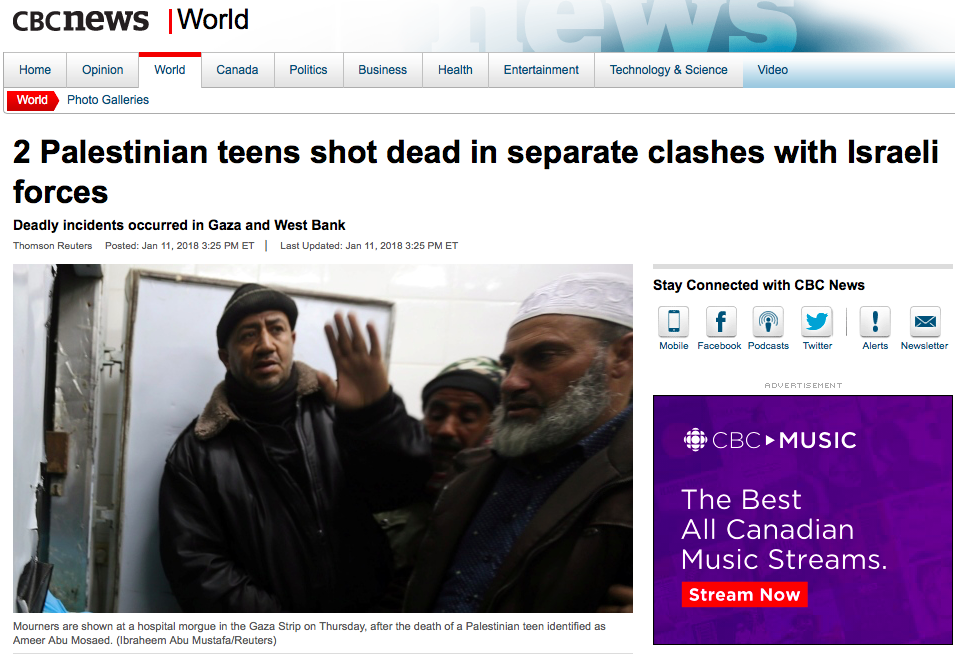 This CBC headline lacked context and failed to convey that the Israeli military fired at violent Palestinian rioters who “posed a threat” due to their throwing rocks and burning tires in the direction of Israeli soldiers.

CBC could have headlined the report either:

HRC has filed a complaint with CBC asking that an amendment be issued. Stay tuned. 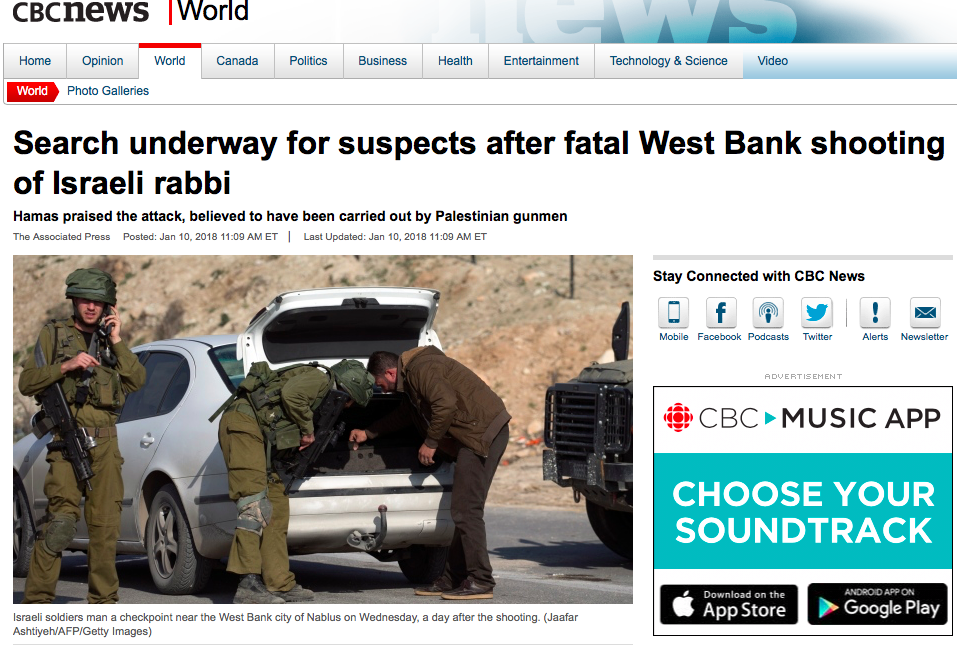 Untold in the main headline was that Palestinian gunmen are suspected of carrying out the murder of Rabbi Raziel Shevach, a 35-year-old Israeli. A father of six beautiful children, Shevach was a volunteer medic for Magen David Adom and was regarded as a kind-hearted community man.

CBC could have headlined their report either:

Keeping with tradition, CBC opted to deprive its reader of knowing from its headline that the attackers were Palestinians.