Reporting from Jerusalem on March 7, CBC Mideast Bureau Chief Derek Stoffel did a tape talk on CBC News Now with Anchor Heather Hiscox about how Israeli intelligence officers are using social media sites like Facebook and Twitter to detect and prevent Palestinian terror attacks from occurring.

To watch the report in full please click here or on the image below:

Stoffel was granted rare access to an Israeli military intelligence unit which has a war room where soldiers scour the Internet looking for possible signs of imminent attacks being planned. Soldiers read Arabic and use advanced computer algorithms to look for warning signs, such as words like: knife, attack, demonstration, etc. 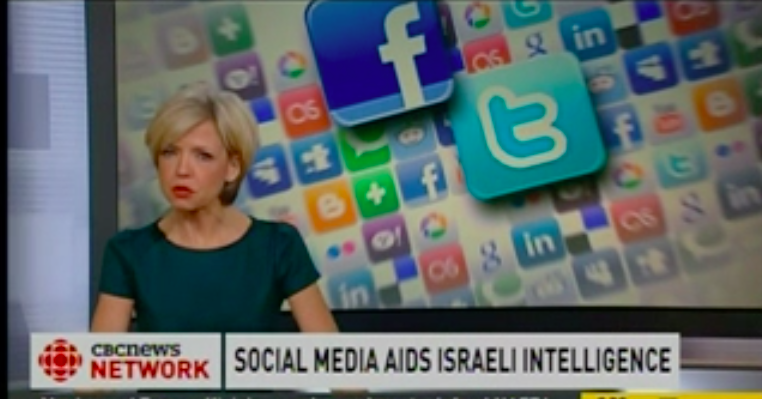 Over the last 18 months, Stoffel reports that Israel has seen a wave of violence in which 40 Israelis have been killed by Palestinians, many of them “lone wolf attackers” and in that same time period, some 200 Palestinians have died, Israel says most were attackers.

The CBC’s reports points out the immense challenge Israel faces to prevent these attacks, many of whom have been incited over social media platforms. Stoffel also acknowledges that Israel is a world leader when it comes to cyber security. Stoffel writes: “Israel has become a world leader in monitoring social media to try to predict and prevent attacks. Experts say other nations, particularly those in Europe, would benefit by emulating Israel in this respect as the threat from so-called “lone wolf” attackers continues.”

Credit goes to reporter Derek Stoffel and the CBC for acknowledging Israel’s security concerns and how its on the vanguard when it comes to cyber security. To thank the CBC for its coverage, please send emails to:  Derek.Stoffel@cbc.ca or Tweet thanks @DerekStoffelCBC