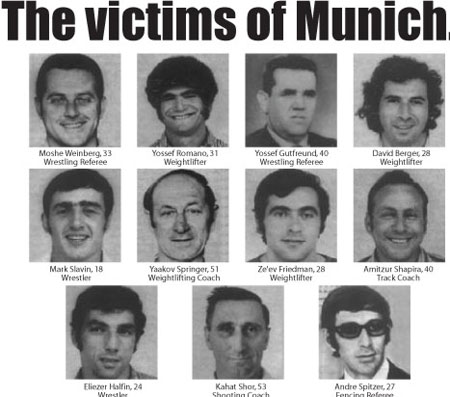 At the opening ceremonies of the Tokyo Olympics on July 23, a moment of silence was held for the first time for the 11 Israeli victims of the Munich Massacre in 1972.

Immediately after the Japanese National anthem was played, watch as CBC went to commercial break:

In sharp contrast, NBC News provided prominent coverage to this tribute which acknowledged how historic this tribute was. NBC’s announcer noted that while a tribute was held for those who died as a result of COVID-19, the memorial for the Israeli athletes was especially noteworthy, which NBC poignantly described as “murder” and that the omission of this tribute for many years has been a source of past criticism.

Presumably all media, including the CBC, were given an agenda of the event’s schedule and perhaps a transcript of sorts for the opening ceremony. It’s especially troubling that CBC didn’t feature coverage, deeming that a commercial break was more important than this historic tribute for the slain Israeli athletes. Even if it was an oversight where CBC cut to commercial break too quickly, upon returning from commercials, CBC could have mentioned the tribute.

Not only did this show bad judgement on the part of the CBC, it dishonoured the memories of these 11 Israeli athletes and Canadians were deprived of seeing this memorial which also served as an important reminder of how Palestinian terrorism is not limited to the Israeli border.

These acts of remembrance serve to honor the memories of the 11 Israeli athletes, while also attempting to close the wounds of the past.

Take Action Now! HonestReporting Canada has filed a complaint directly with CBC expressing our displeasure for its failure to broadcast this historic moment of silence for the 11 slain Israeli athletes at the opening ceremonies of the Tokyo Olympic games. Please do the same by taking two minutes to send an email to CBC’s Executive Producer for the Tokyo Olympic games, Chris Irwin at: Chris.irwin@cbc.ca.