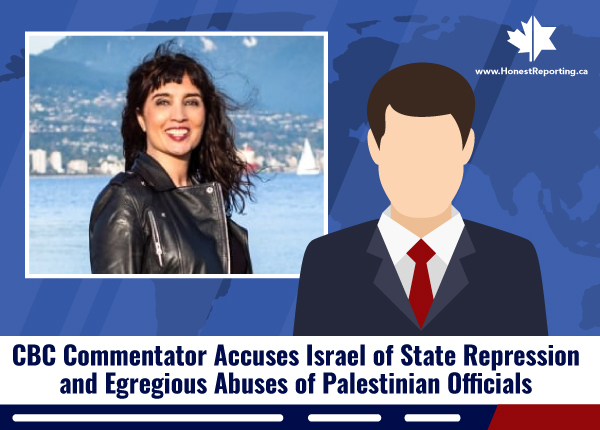 Writing on the CBC website, Ditmars said the following:

“Evidence of state repression and egregious examples of abuse abound.

In Turkmenistan, it is illegal to even mention the virus and the government has insisted it has no infections, despite hundreds of cases in surrounding nations.

The long-suffering Uyghurs, trapped in high-contagion internment camps, are facing increased abuse at the hands of Chinese authorities during the COVID crisis, reportedly being starved and forced to work in factories without proper medical protocols. Chinese authorities are also using the virus as an excuse to crack down on pro-democracy activists in Hong Kong.

Jerusalem Affairs Minister Fadi al-Hadami was arrested recently by Israeli policefor the “crime” of acting on behalf of the Palestinian Authority in helping to co-ordinate its coronavirus response.”

Under the tacit pretext that Israel was making a power grab, was eroding rights and freedoms and repressing dissent, 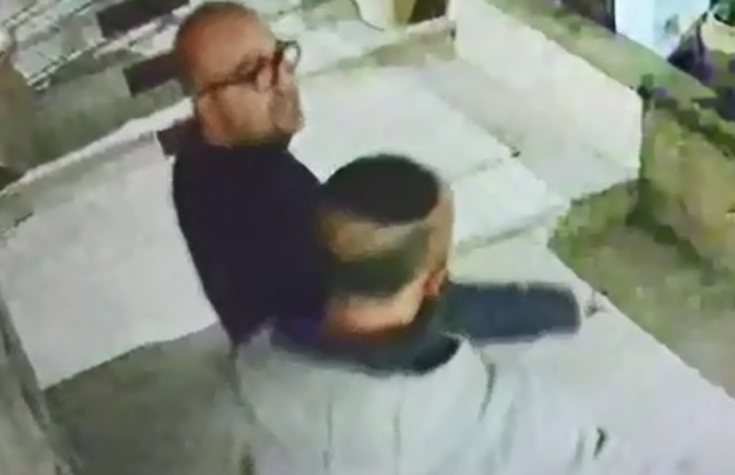 Ditmars lumped Israel in with Turkmenistan and Chinese-authorities who abuse the Uyghurs to insinuate that Israel is guilty of repressive abuses to advance political interests.

With respect to Israel’s arrest of Fadi al-Hadami (pictured right), for a Palestinian Authority official to operate and/or carry out activities in eastern Jerusalem, which along with western Jerusalem Israel views as its undivided capital and sovereign land, is illegal and is a crime, irrespective of if he was “helping to co-ordinate its coronavirus response.” To place the word “crime” in scare quotes, tells you everything you need to know about Ditmars’ views about the legitimacy of this arrest.

Hadani Ditmars’ bio describes herself as an author, former editor, past reporter and a past contributor to CBC Dispatches. In 2018, HonestReporting Canada took Ditmars to task for falsely claiming that Israel spent billions on “foreign wars.” After our complaint to CBC News, a correction was issued shortly thereafter to set the record straight.