Whether you love or loath the Israeli settlement enterprise, there’s no truth to a CBC News report claiming Israel intends to build “more settlements”.

This claim was featured prominently in the following headline to a report written by CBC Mideast Bureau Chief Derek Stoffel: 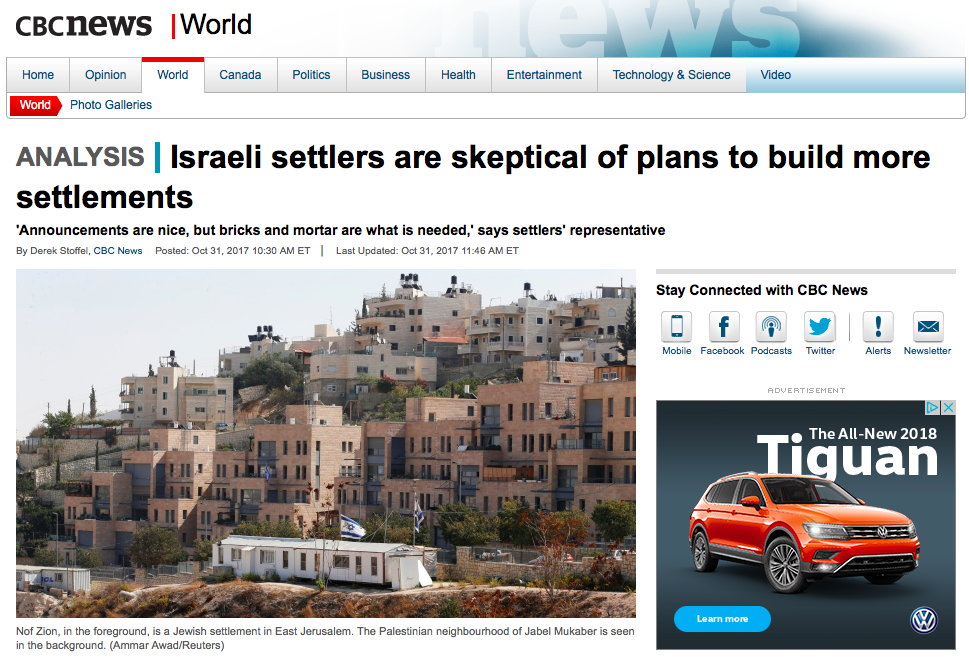 Contrary to this headline, and as the article actually explains (with the exception of the creation of one new settlement) Israel is only planning on building more homes in existing settlements (to account for the natural growth of its citizenry) and is not building “more settlements”.

Following HRC’s complaint to the CBC, this headline was amended and now states the following: 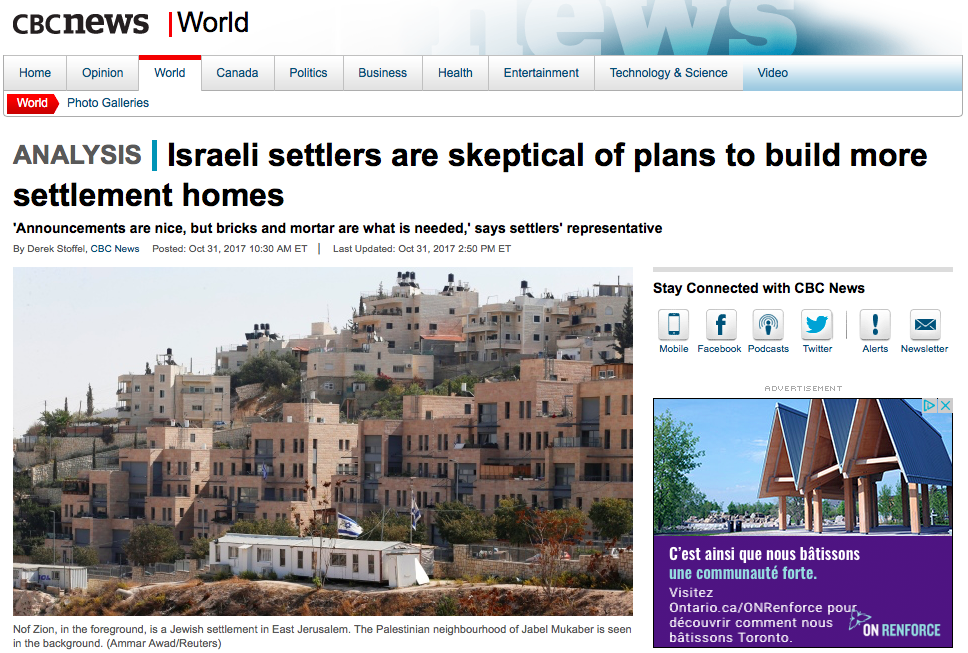 As we told the CBC, our public broadcaster is duty bound to acknowledge this correction in a formal notice appended to this article.

Furthermore, President Trump’s official position on settlements is that he urges “restraint,” but says that a freeze on Israeli building is “unnecessary”. It behooves CBC to include this context, failing which, this report is unfair.

Lastly, this report was marred due to its failure to mention that Israel expects to retain the major settlement blocs in question in a future peace deal with the Palestinians (who tacitly acknowledge this). This should have been mentioned in tandem with this aspect of Mr. Stoffel’s report where he stated that: “The Palestinians, who want to establish a future state on land where the settlements sit, have roundly opposed any expansion of new housing units.”
As Reuters has previously reported: “If a peace deal were struck, many settlements would undoubtedly remain. While not openly acknowledged, Palestinian negotiators accept that land swaps, in which the Israelis would keep major settlement blocs along the green line and near Jerusalem, and the Palestinians would receive equivalent amounts of land from Israel in return, would be part of the deal.”

Accordingly, we asked the CBC to set the record straight and await a reply which we will update you with shortly.