Today, a CBCNews.ca article was given the following sub-headline by CBC editors: “Six Israelis and 27 Palestinians have died in almost two weeks of attacks, crackdowns” 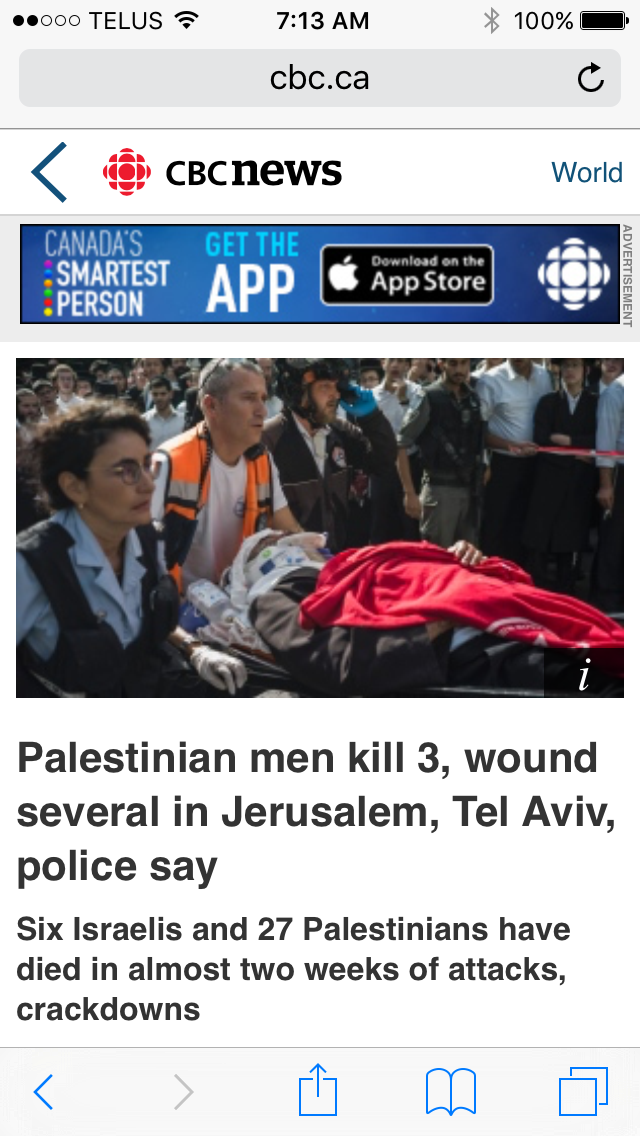 Untold is that 11 of the 27 dead Palestinians were terrorists themselves who were killed after carrying out their attacks. The remainder are dead Palestinian demonstrators/rioters and civilians who were accidentally killed in conflict with Israeli forces and in air strikes against Hamas weapons depots. Yet, these casualties are all lumped together and alongside the six dead Israeli civilians, all victims of terror.

We strongly believed this headline was misleading as CBC.ca readers may wrongly conclude that the 27 dead Palestinians were all innocents, as such, we filed a complaint with CBC News editors and are pleased to note that this headline was amended and now states the following: 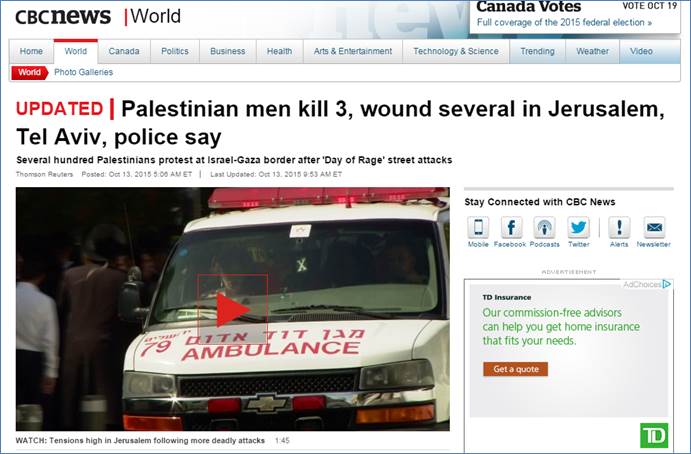