On May 5, HonestReporting Canada communicated our concerns to CBC editors about the following headline it gave to an online news article: 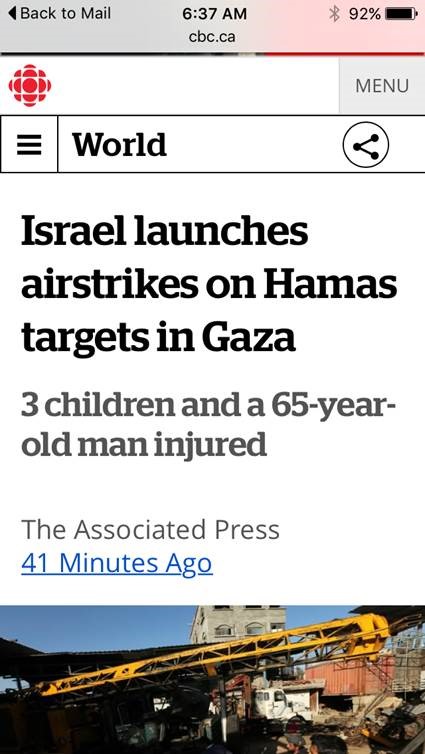 As we told the CBC, our primary concern was that these headlines failed to point out that Israel claims it was responding to Hamas mortar fire directed at Israelis. These air strikes were not launched without provocation, they were done in self defence. Furthermore, the claimed Palestinian casualties should be attributed to Gaza health officials as this is only a claim, not an independently verified fact yet. We also relayed that headlines are read 3:1 over the adjacent article and that it’s vital that they contain the most precise and accurate information.

Following our complaint, the CBC’s headlines were amended and they now state the following while mentioning the discovery of a Hamas attack tunnel: 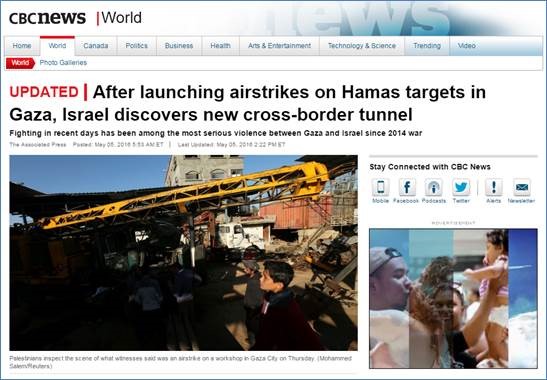 Regrettably, CBC did not amend the article to reference the Hamas mortar attacks in its May 5 article. Instead, the CBC placed emphasis on Israel’s response and did not acknowledge Hamas’ provocative actions, its mortars fired at Israeli civilian areas.

From our perspective, we’d much rather work to prevent bias than to cure it. Notably, today (May 26) we were pleased to see that CBC News covered another Hamas rocket attack on Israel and prominently noted these rocket attacks in its main and sub-headlines: 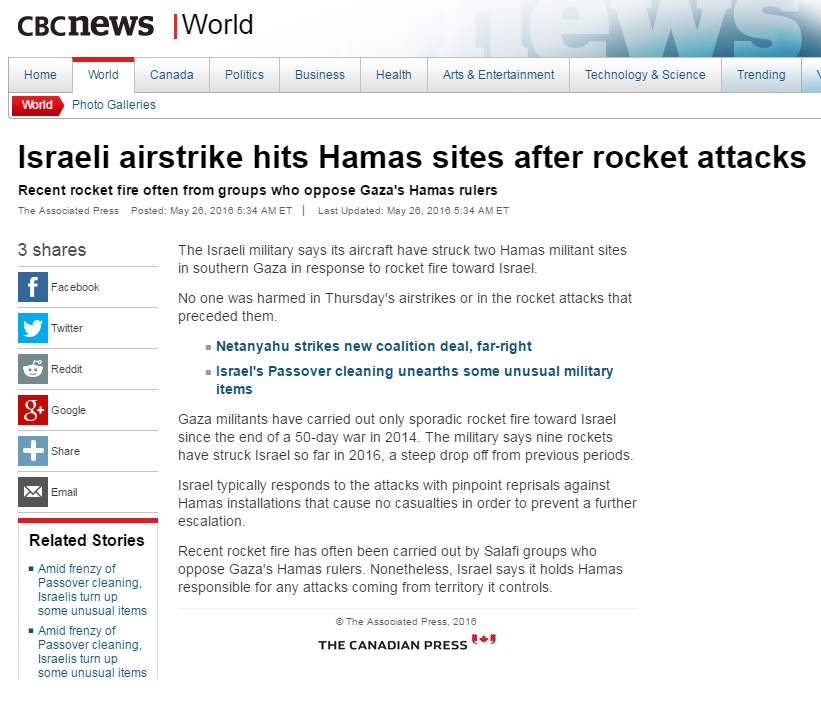 Though true to form, the CBC’s coverage again led with the narrative of Israel responding to Hamas terror attacks, rather than focusing on Hamas’ provocation on their own. News with the CBC typically becomes news only when Israel responds.