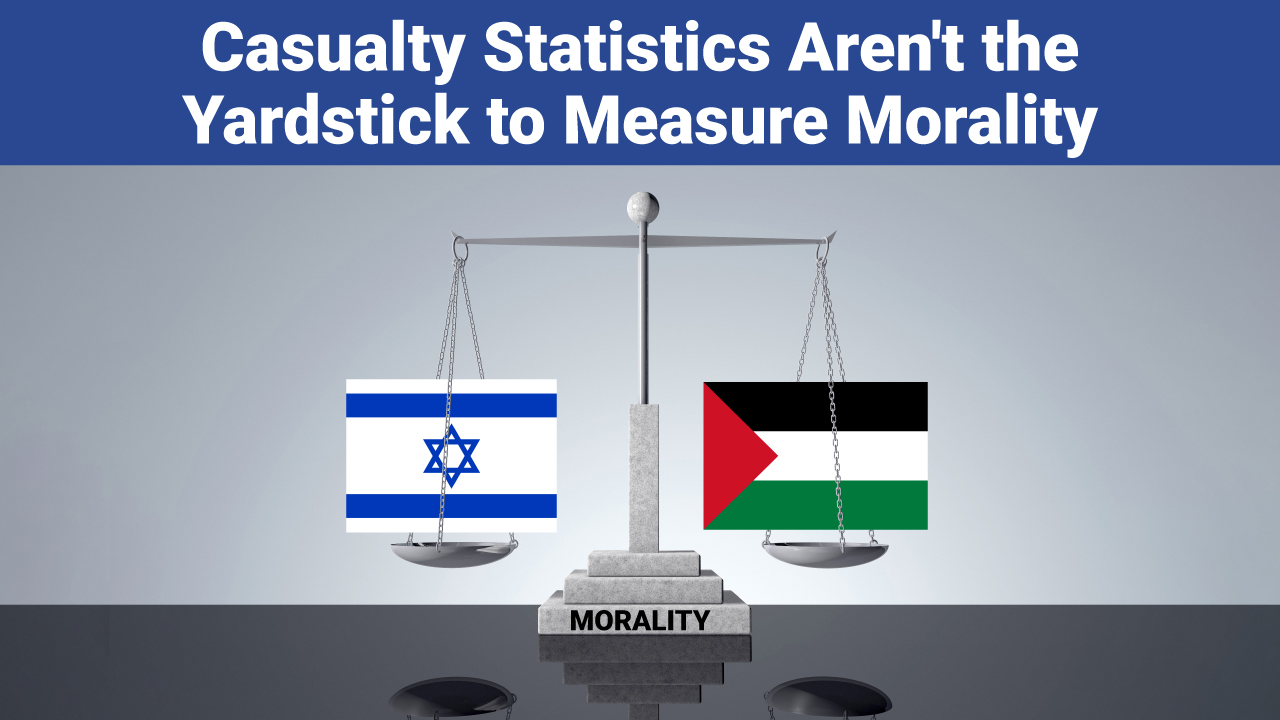 Every time there’s a flare-up in fighting between Israel and Palestinian terrorists in Gaza, we see the same misleading headlines in the news media. For example, In 2012’s Operation Pillar of Defence, 167 people in Gaza were killed, compared with 6 Israelis, and in 2009’s Operation Cast Lead, nearly 1,200 Gazans died, compared to 13 Israelis. But why?

According to Israel’s critics, the answer is clear: Israel is alleged to use ‘disproportionate force’ and wantonly commits “war crimes” on a helpless civilian population.

If Israel is said to take such active and unprecdented measures to protect human life, then how is this possible, and how can we cut through the misinformation to determine the real story?

There are three points to consider when reading about the respective death tolls:

First, from the perspective of international law, Israel, as a sovereign state, has not only the right, but the obligation to protect its civilian population against hostile attacks. Article 51 of the United Nations Charter reiterates this right. According to Law Professor Alan Dershowitz, there is no legal equivalence between the killing of civilians by Hamas terrorists, and the purposeful targeting of Hamas terrorists by Israel, regardless of the numbers killed. After all, in World War 2, far more Germans died than Canadians. But that certainly doesn’t mean Canada, and not Nazi Germany, was the aggressor. 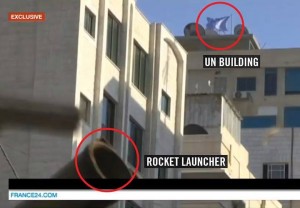 Secondly, proportionality is not measured by the number of civilians killed, but by the risk posed. For example, if Hamas fires a rocket at a school or a hospital, potentially killing hundreds of people, Israel is not obligated to wait for classrooms of children to be murdered before acting.

Finally, while Israel does its utmost to minimize civilian casualties on both sides by dropping warning leaflets and sending text messages urging evacuation of danger zones, Palestinian terrorists use densely packed residential areas as launching pads for rockets, purposefully putting their own civilians in harms’ way.

Armed conflict is tragic and unfortunate, but is often necessary, and when we critically examine the facts behind Israel’s operations in Gaza, we see that Israel has the legal, moral and ethical basis for protecting its people against the fanatical and murderous Hamas regime, and its actions to protect all civilians is a model to praise.

Hamilton Aboard in the Fight Against Antisemitism; HRC...

Explainer: The ICC, a Kangaroo Court that Engages...