In the wake of the horrors of the Nazi Holocaust against European Jewry in 1945, activists and educators around the world committed that “never again” would the world witness such an inhumane massacre of innocent civilians, regardless of their faith, ethnicity, colour, orientation or any other factor. In fact, even the term “never again” became a phrase widely associated with the Holocaust, imploring future generations to never let genocide re-occur.

And while, tragically, the 1994 genocide of nearly one million members of the Tutsi ethnic group in Rwanda is a reminder of humanity’s failure to act on “never again”, here in Canada, even more fundamental lessons of the Holocaust have been forgotten, barely 75 years after it ended.

One of the most fundamental lessons of the Holocaust is, of course, the commitment to never let it happen again, but one of the key ways for that to happen is for the Holocaust to be trivialized, analogized and appropriated, efforts which serves to diminish what took place and dishonour the memories of those who perished.

Unfortunately, far too often, and in a number of recent incidents in Canadian political discourse, the Holocaust has been bandied about to score political points on a number of different political issues. In so doing, the sheer magnitude of the largest genocide of human beings – the murder of six million Jews – is reduced to false analogies.

On the Internet, Godwin’s law prevails when an online discussion plays out for a prolonged period of time, increasing the probability and likelihood that a comparison involving Nazis or Hitler becomes more likely. 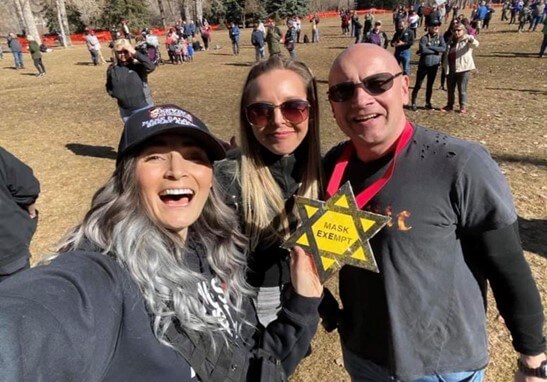 In Calgary, Vancouver and elsewhere throughout Canada recently, COVID-19 protestors, wore yellow Stars of David with the words “mask exempt” and t-shirts were being sold online saying “COVID Caust”. The Nazis forced Jews to wear the Star of David to single out Jews from society and to easily identify them in a multi-pronged plan to systematic murder.

In early March, the Globe and Mail published a column originally titled “I’m channeling Anne Frank’s spirit in lockdown,” before it was changed to “Lessons in Living from Anne Frank,” where contributor Debra Dolan drew criticism for what some felt was a comparison of the difficult restrictions under semi-lockdown due to the coronavirus pandemic, to Holocaust victim Anne Frank, a young Jewish girl who hid from the Nazis in the Holocaust and who died in a concentration camp.

One particularly tone-deaf passage read: “Rereading the book, I was reminded that Anne Frank was contained with seven others in space less than 400 square feet for 761 days. She never went outdoors. 761 days! And… still… there was hope, gratitude, peace, loving interactions, humour and a yearning to write.” 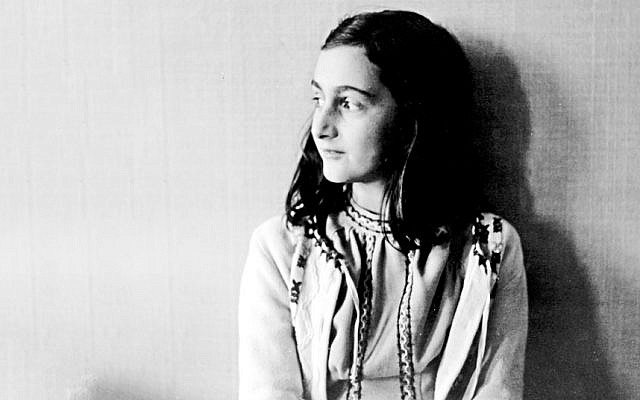 After widespread outrage and condemnation, the Globe and Mail shortly thereafter deleted the column from their website, and issued an apology.

More recently, Ontario MPP Sam Oosterhoff, who represents Niagara West at Queen’s Park and is also the parliamentary assistant to Education Minister Stephen Lecce, spoke for an organization in mid-March that has compared the issue of abortion to the Holocaust.

The virtual event titled: Gen Z: Challenging Abortion in Politics, was co-hosted by the National Campus Life Network, an organization which recently posted on their Twitter feed a comment comparing US President Joe Biden’s abortion policies with Hitler’s “priority to kill the Jews.”

After the incident became public, a spokesperson for Ontario Premier Doug Ford said the comparison was inappropriate, and Ford said at a subsequent press conference that he would be speaking with Oosterhoff about his affiliation with the anti-abortion group which made the Holocaust comparison.

On March 19, journalist and former Wildrose Party leader, Danielle Smith, penned an oped in the Calgary Herald newspaper, where she compared human experimentation by the Nazi regime to coronavirus vaccines, bizarrely suggesting that monstrous Nazi “experiments” on twins and those with physical disabilities are comparable to contemporary vaccine policies, meant to save lives. The Herald subsequently published the following clarification after public outcry which didn’t mollify the situation:

CLARIFICATION: The horrors of the Holocaust are without precedent, and no modern-day event should ever be compared to it. The author’s reference to the Nuremberg Code was not to draw equivalency but to underscore the historical fact that the Nuremberg Code formed the basis for modern medical ethics, the first principle of which is that a person must be able to choose if they want to receive experimental medical treatments. “

In all of these incidents which took place here in Canada and within the last month, the Holocaust was reduced and belittled for political expediency. The danger inherent in these types of false Holocaust equivalences is that it serves to continually sanitize the Holocaust, turning it from an epochal genocide and multi-generational historical lesson, to “just another” war crime and ultimately little more than a rhetorical device used to describe any kind of suffering at all, or a cudgel with which to beat political opponents.

The media has a critical role here, as well, in holding politicians and other public personalities to account when they make such inappropriate comparisons. That is one reason why the Globe and Mail’s decision – albeit short-lived – to publish the ill-conceived column comparing lockdown restrictions to Anne Frank was so troubling.

If the world is to be more successful than it has been in the last 75 years in preventing mass atrocities and genocides – in the spirit of “Never Again” – then, the first step is to learn the magnitude and utter callousness of the Nazi Holocaust, and to avoid grossly inaccurate, inflammatory and highly misleading comparisons to abortion, animal rights, coronavirus lockdown restrictions, vaccines, or any other contemporary political issues. To do so is more than just an insult to the millions of people who died at the hands of the Nazis; it also serves to minimize the heinousness of that crime, and as a result, increase the likelihood that it may potentially happen again in the future.