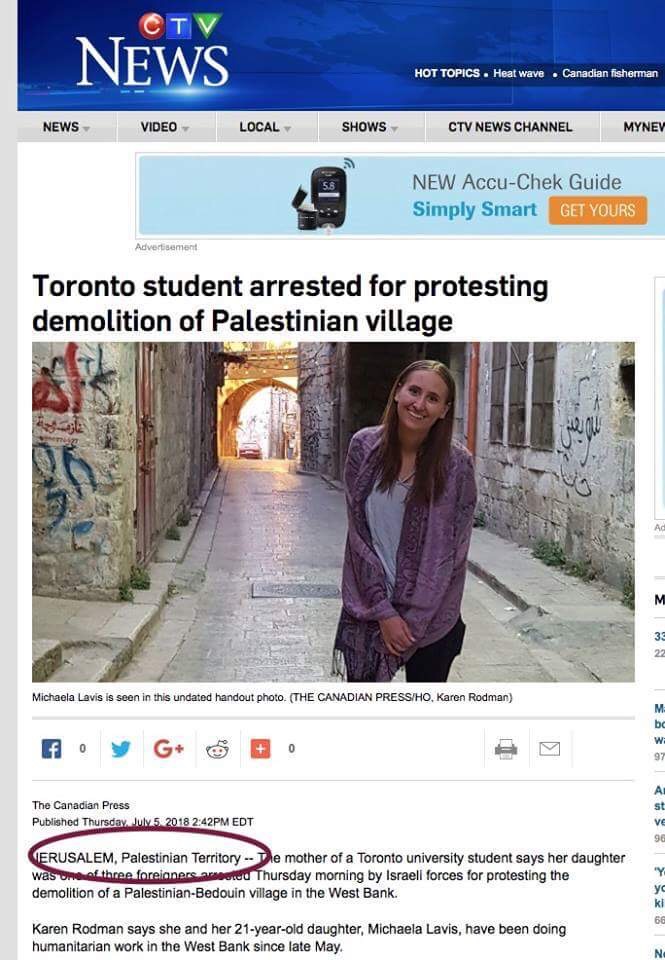 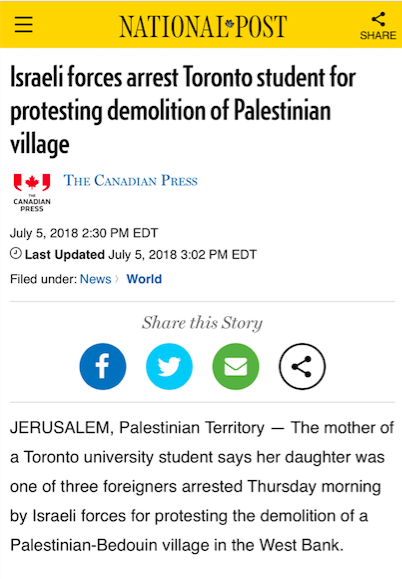 Contrary to CP’s placeline, Jerusalem is the eternal and undivided capital city of Israel, not the Palestinian Territories. HonestReporting Canada filed a complaint with CP Editor-in-Chief Stephen Meurice asking that a correction be issued as soon as possible and that media outlets who published the report be notified of the error in the wire release.

We are pleased to note that CP Editor Alan Black confirmed to HRC in an email on July 6 that an incorrect placeline was inadvertently used in earlier versions of the story, but was subsequently removed.