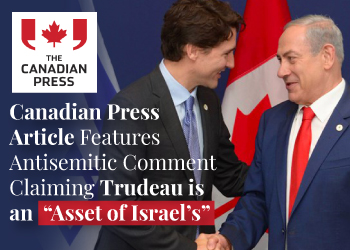 On June 2, the Canadian Press wire service published an article that featured an antisemitic comment which claimed that Canadian Prime Minister Justin Trudeau is an “asset of Israel’s”.

The report covered Prime Minister Trudeau’s denouncing Israel’s plan to apply sovereignty to parts of Judea and Samaria (the “west bank”) and to the Jordan Valley and it featured the following antisemitic comment:

Today’s comments by the prime minister do not change this long-standing entrenched track record of acting as an asset for Israel. Ireland and Norway have not voted against any UN resolution on support of Palestine during this century,” said Karen Rodman, a spokeswoman for Just Peace Advocates, a coalition of 100 organizations and people.” 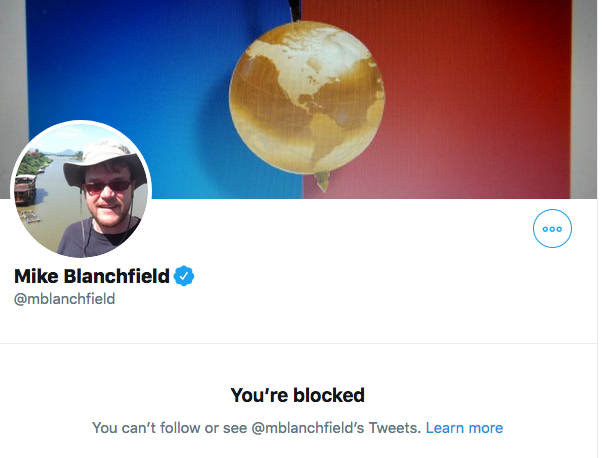 We asked Mr. Blanchfield: 1) Why would you include an antisemitic trope in your report alleging that Prime Minister Trudeau is an “asset” of Israel’s.  The International Holocaust Remembrance Alliance (IHRA) definition of 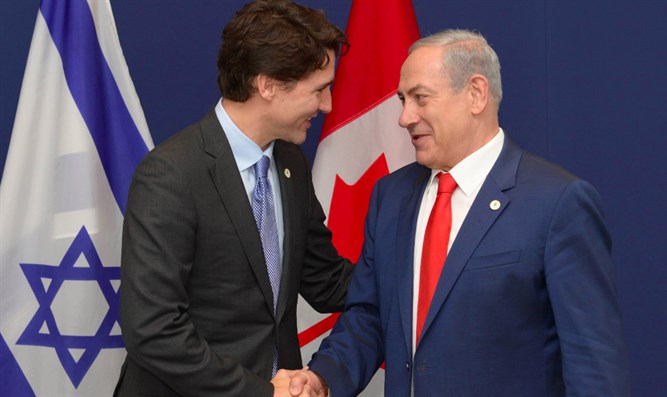 Making mendacious, dehumanizing, demonizing, or stereotypical allegations about Jews as such or the power of Jews as collective — such as, especially but not exclusively, the myth about a world Jewish conspiracy or of Jews controlling the media, economy, government or other societal institutions.”

Claiming that Israel controls Prime Minister Trudeau and effectively claiming that Canadian foreign policy is waged by the Israeli dog, fans the flames of hatred.

HonestReporting Canada has filed a complaint with the Canadian Press calling for corrective action and we ask you to do the same. Tweet your concerns to CP Editor-in-Chief Andrea Baillie @AndreaBaillie and to reporter Mike Blanchfield @MBlanchfield. Stay tuned to this page for future updates.