Canadian Media Headlines Say Palestinian Teen Killed In Israeli Raid; Ignore That He Was a Terrorist 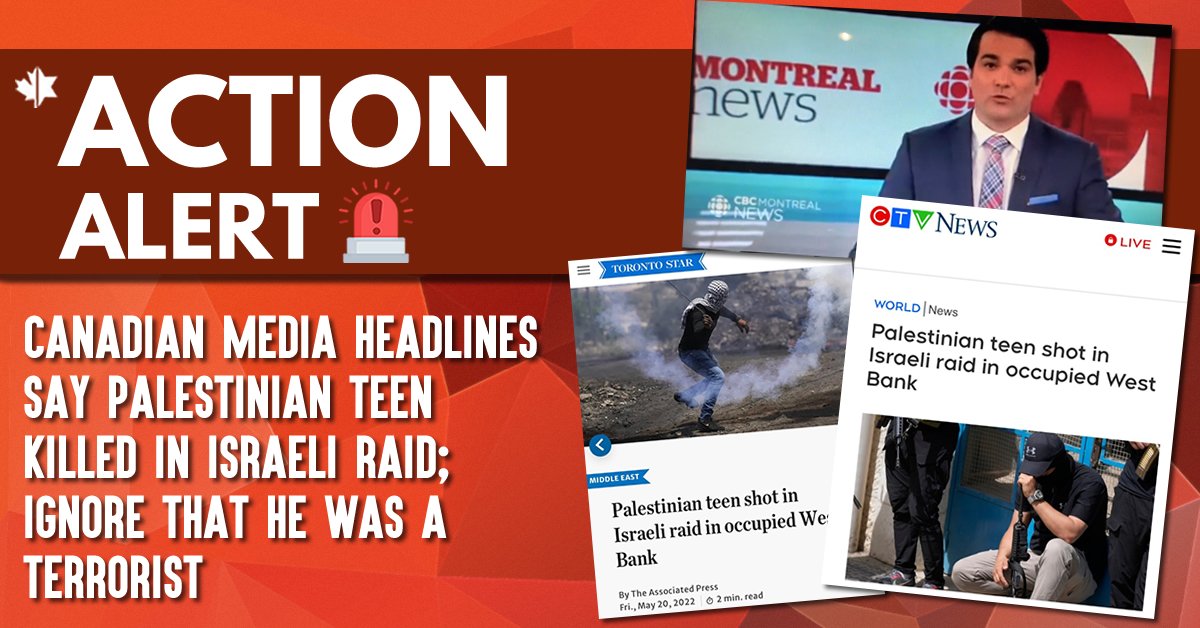 Five of Canada’s largest news outlets recently covered, in various formats, the story of how 17-year-old Palestinian, Amjad al-Fayyed, was killed recently near the town of Jenin.

All five news organizations ignored or downplayed crucial facts of the story, such as how the teen was a member of the Islamic Jihad terror group and was likely engaged in hostilities against IDF forces and, by omission, portrayed the Palestinian teen as an innocent civilian killed by Israeli forces, except that nothing could be further from the truth. 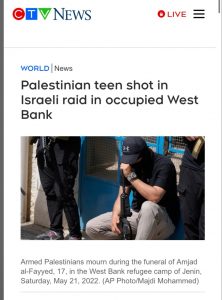 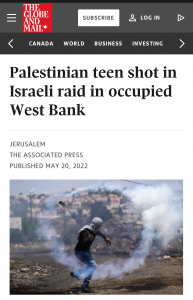 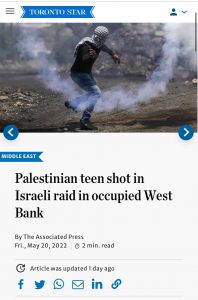 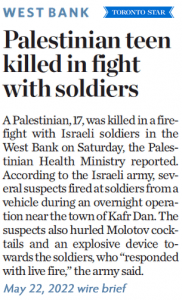 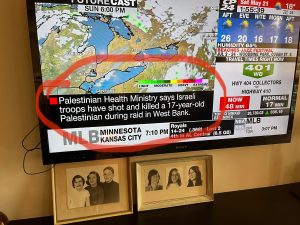 The truth is that Amjad al-Fayyed was a terrorist who likely opened fire and threw explosive devices and Molotov cocktails at IDF soldiers during an operation near Kafr Dan. As you can see below, Amjad al-Fayyed, is seen wearing clothing connected to the Palestinian Islamic Jihad and Hamas terror groups, as well as the military wing of Fatah.

There was also no condemnation from any of the media outlets on the Palestinian’s use of child soldiers, which, according to UN Human rights law, declares 18 as the minimum legal age for recruitment.

By glossing over the facts of children being used as soldiers by the Palestinians and leaving out crucial information about the 17-year-old terrorist, Amjad al-Fayyed, and portraying him as an innocent civilian, CTV News, CBC News Montreal, CP24, The Toronto Star, and The Globe and Mail, have all done a disservice to their readers and viewers by not reporting the full unvarnished truth about this Palestinian teen.