Several days ago, news broke of the abhorrent chemical weapons attack on the Syrian city of Douma, which was carried out, it’s believed, by Syrian President Bashar Assad’s armed forces.

Gruesome images and videos circulated of Syrian men, women, and children suffering from the effects of the chemical attack.

Subsequently, and perhaps unrelated, Israel was widely reported as being behind an airstrike on a Syrian air base which killed 14 people, including a number of Iranian military advisers.

The Syrian chemical attack and the alleged Israeli air strike became part of the same story for many Canadian media outlets. Many of the headlines ran with the most recent incident – the air strike. However, in the absence of any images from the scene, some media chose to use the highly emotive images resulting from the Syrian chemical attack. In so doing, readers came to the false conclusion that the Israeli airstrikes harmed innocent Syrian civilians (especially children) and that Israel may have used chemical weapons in a targeted attack on civilians.

HonestReporting Canada, its members, and Canadians at large filed complaints with CBC News.ca, the National Post, Global News, and Huffington Post Canada, and we’re pleased to note that each news outlet removed the offending photographs.

Regrettably though, the resulting effect of these Canadian media outlets using photos of injured Syrian civilians suffering from the chemical attacks, led Canadians to wrongly believe that Israel was culpable in some way. That remedial action was undertaken, does not set the record straight. The damage had been done.

Here are the before and after images: 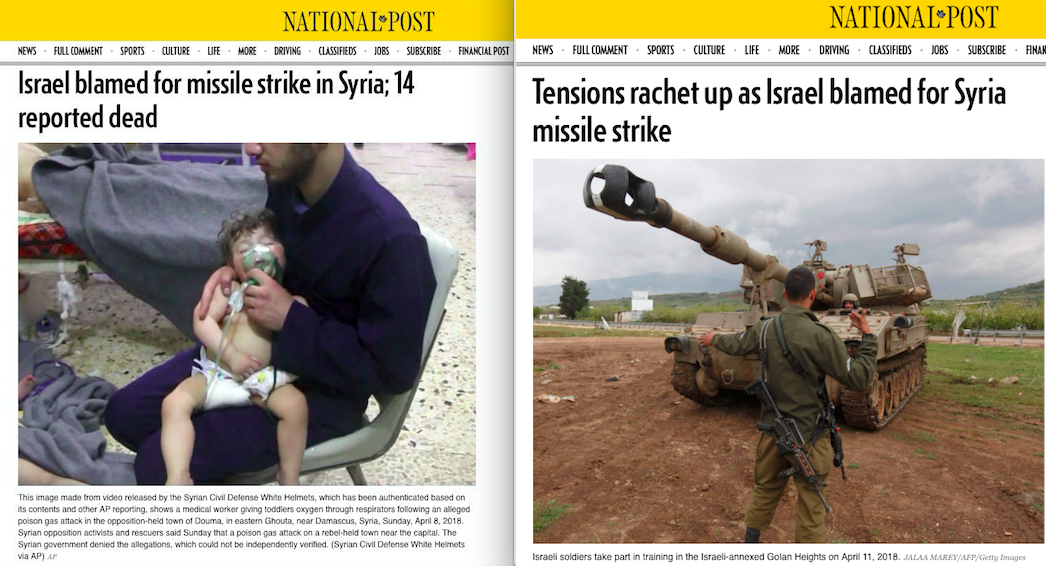 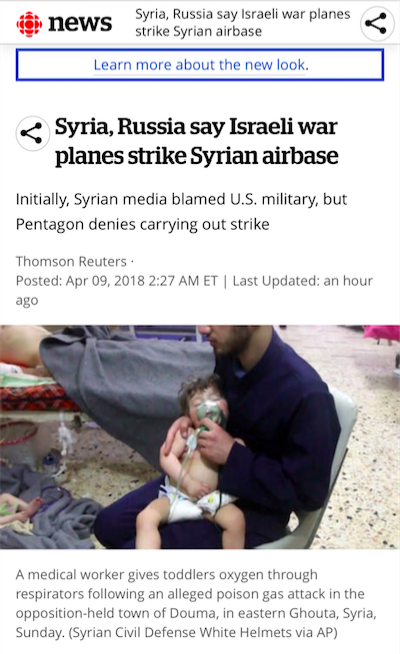 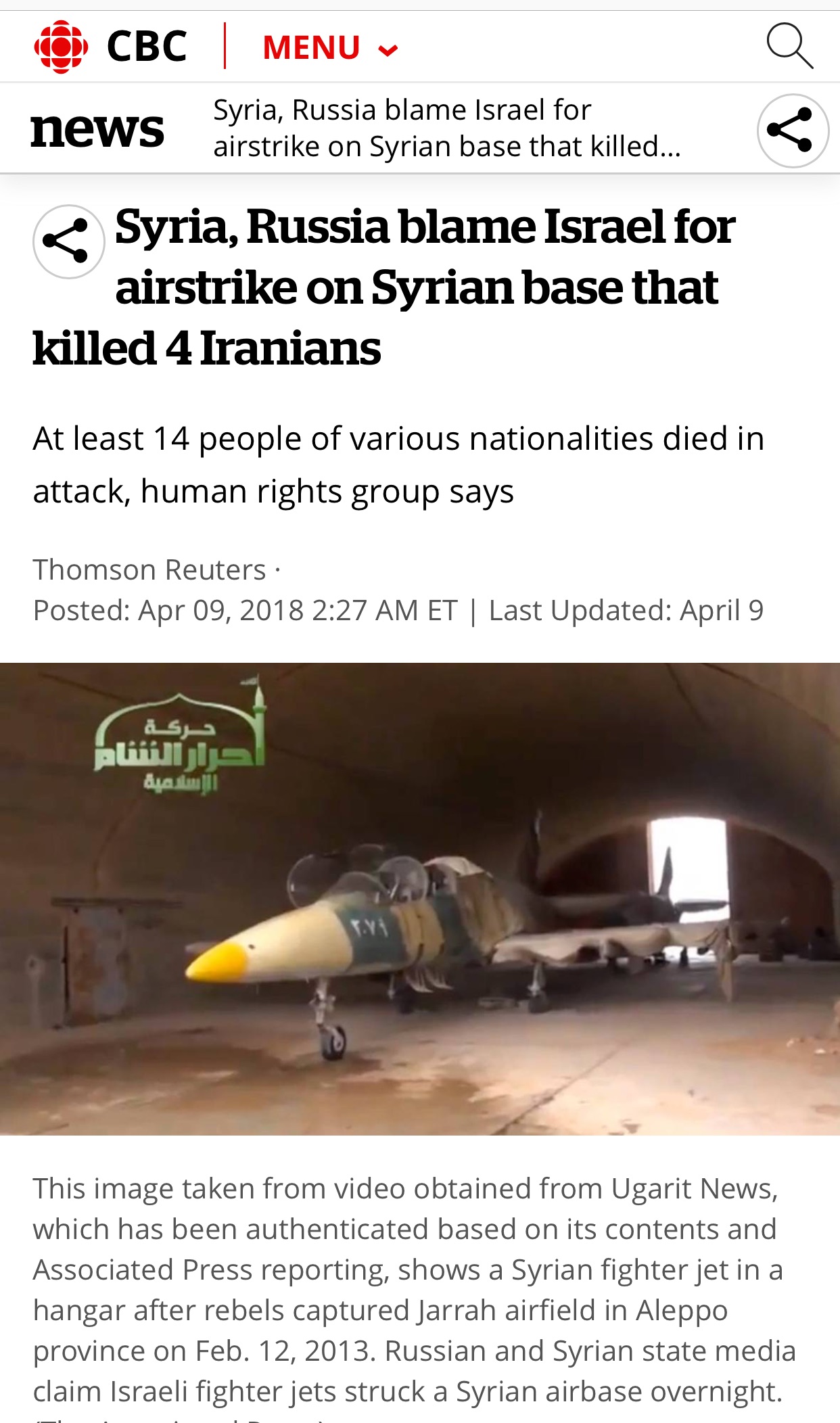 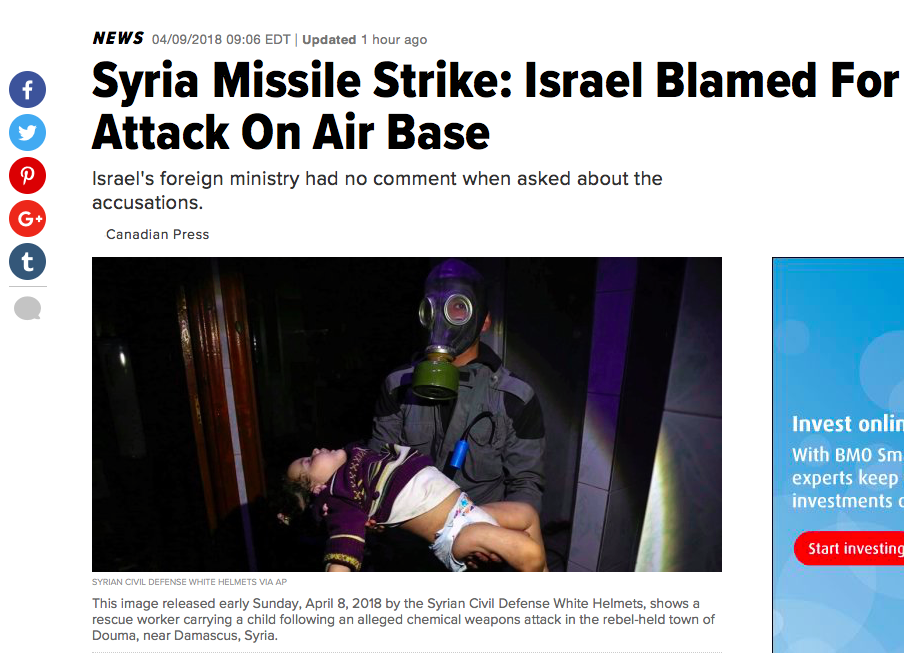 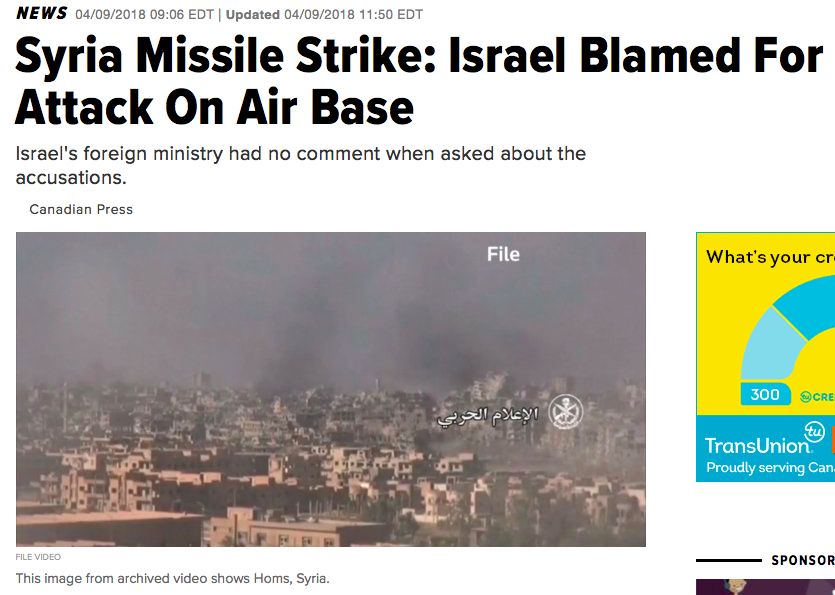 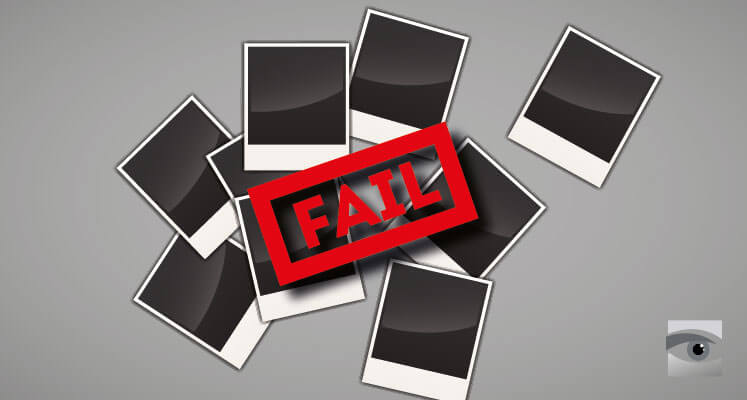