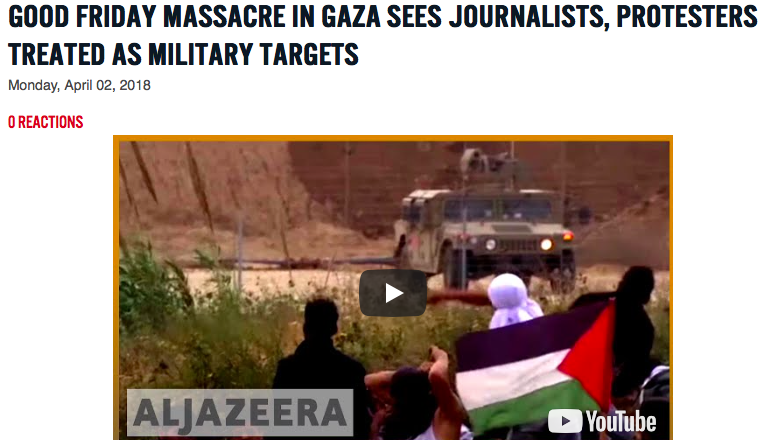 Canadian Journalists for Free Expression (CJFE) describes itself as a “Canadian organization founded in 1981 that works to defend and protect the right to free expression in Canada and around the world.”

On April 2, CJFE put out an “alert” which expressed “grave concern” and accused Israel of committing “massacres” in Gaza of civilians and journalists during the mass protests/riots along the Gaza border last week. CJFE claimed that the Israel Defense Forces carried out “extrajudicial killings,” “repression,” and that the IDF engaged in “brutality” and committed “targeted attacks” against purportedly innocent demonstrators and journalists. 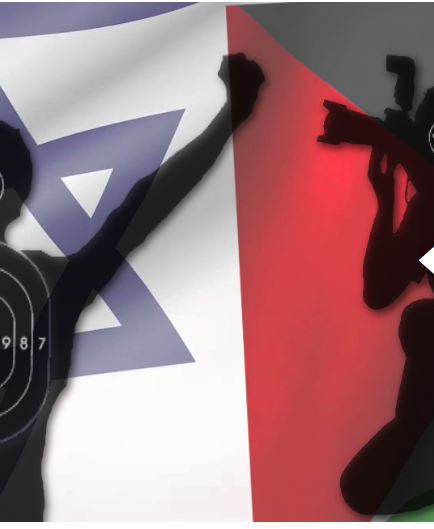 CJFE’s alert said: “The Government of Canada must condemn the one-sided use of military force against civilian demonstrators and media in Gaza, must immediately call for a cessation of these brutal practices, and must use all available diplomatic, political and economic channels to pressure Israel to initiate a fulsome and transparent inquiry into the circumstances surrounding the massacre, which left 15 dead, and more than 1000 wounded.”

CJFE  sent copies of this letter to the Honourable Chrystia Freeland, P.C., M.P., Minister of Foreign Affairs of Canada and to the Consulate General of Israel in Toronto, Ontario, Canada.

CJFE’s website says that its 2017 Gala Co-Chairs included the following individuals from CBC:

While CJFE says that the protest (riots in actuality) were “disorderly and boisterous,” they fail to acknowledge that Israel says at least 10 known Palestinian terrorists (most from Hamas) have track records of terrorist activity and who were killed whilst carrying out acts of terror during the violent riots along the border. CJFE fails to acknowledge that Palestinians shot at IDF soldiers, threw firebombs, grenades, molotov cocktails, and rocks, along with placing improvised explosive devices, igniting tires, and trying to infiltrate into Israel – actions which would have put thousands of Israeli civilians at great risk.

Importantly, why would an organization that advocates for press freedom and journalistic safety lobby the Canadian government to take such a position on Israel? That this organization claims to speak on behalf of Canadian journalists and that it has support from major businesses, media outlets and journalists should be alarming to Canadians.