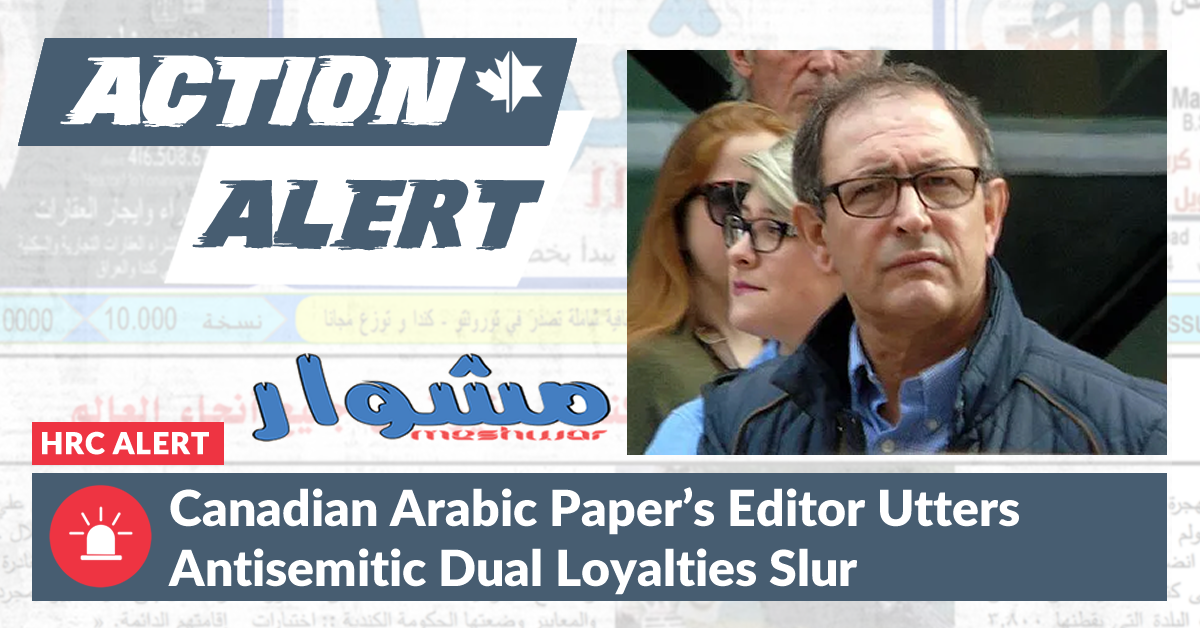 In an August 4 HRC media action alert, we exposed, named, and shamed Meshwar, a Canadian Arabic paper. for peddling what we consider antisemitic propaganda.

The paper has long been accused of peddling anti-Israel and antisemitic content, including featuring content denying the Holocaust.

This trend continues. On August 1, Meshwar’s General Director and Editor, Nazih Khatatba, posted the following on his personal Facebook account (originally in Arabic): 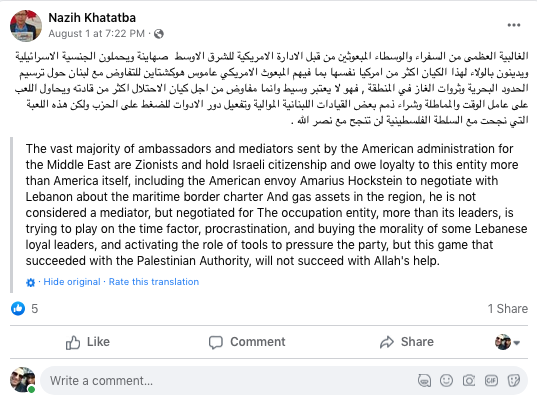 “The vast majority of ambassadors and mediators the US administration sends to the Middle East are Zionists and hold Israeli citizenship, and they owe more loyalty to this entity [Israel] than the US itself, including the US envoy Amos Hochstein [who was assigned] to negotiate with Lebanon on the demarcation of the region’s maritime borders and gas resources. He is not considered a mediator but rather a negotiator for the occupation entity more than his leaders. He is trying to play on the factor of time and procrastination, buying the debts of some loyal Lebanese leaders and activating the role of pawns to pressure Hizbollah. Still, this game that succeeded with the Palestinian Authority will not gain success with [Hassan] Nasrallah [leader of Hezbollah].”

It says the following: “Accusing Jewish citizens of being more loyal to Israel, or to the alleged priorities of Jews worldwide, than to the interests of their own nations.”

That Meshwar’s editor uttered the dual loyalties antisemitic slur and conspiracy theory is appalling, but not at all surprising.

Take Action Now: We encourage HRC subscribers to report Nazih Khataba’s post on Facebook as having engaged in hateful commentary against the Jewish people. Click on the ellipsis on the post in the upper right-hand corner and report the post under the category of hate speech.