Canadian Arabic newspaper Meshwar, known for its antisemitic and anti-Israel content, published a disturbing cartoon on October 2 depicting a Palestinian woman beheaded by UAE Crown Prince MBZ while Israeli PM Netanyahu and US President Trump cheer him on.

That Mohammed bin Zayed is drawn wearing a sash with the Israeli Star of David on it, tacitly symbolizes an outrageous allegation that he’s doing this at Israel’s behest with an image reminiscent of age-old blood libels. 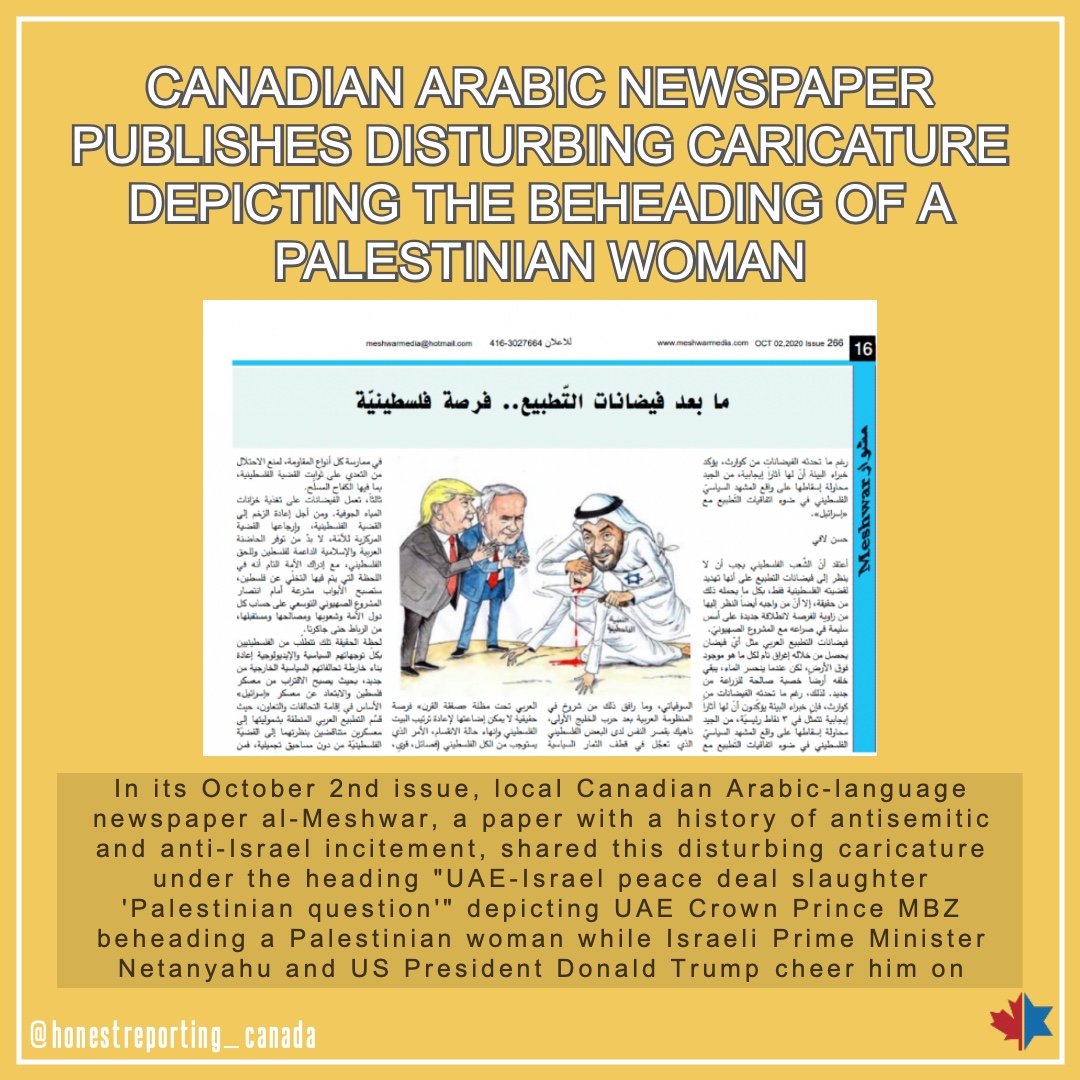