Today being the start of Ramadan, Breakfast Television aired a segment (watch by clicking on image below) about modern Ramadan celebrations and how Muslims are observing the holiday due to the pandemic.

Hosts Dina Pugliese and Sid Seixeiro conducted a warm and friendly chat with guest Dr. Sheliza Ibraham Khan who promoted the “Buycott Palestine” organization encouraging people to buy Mejdool dates from this organization with Khan claiming they were produced in “Palestine”. 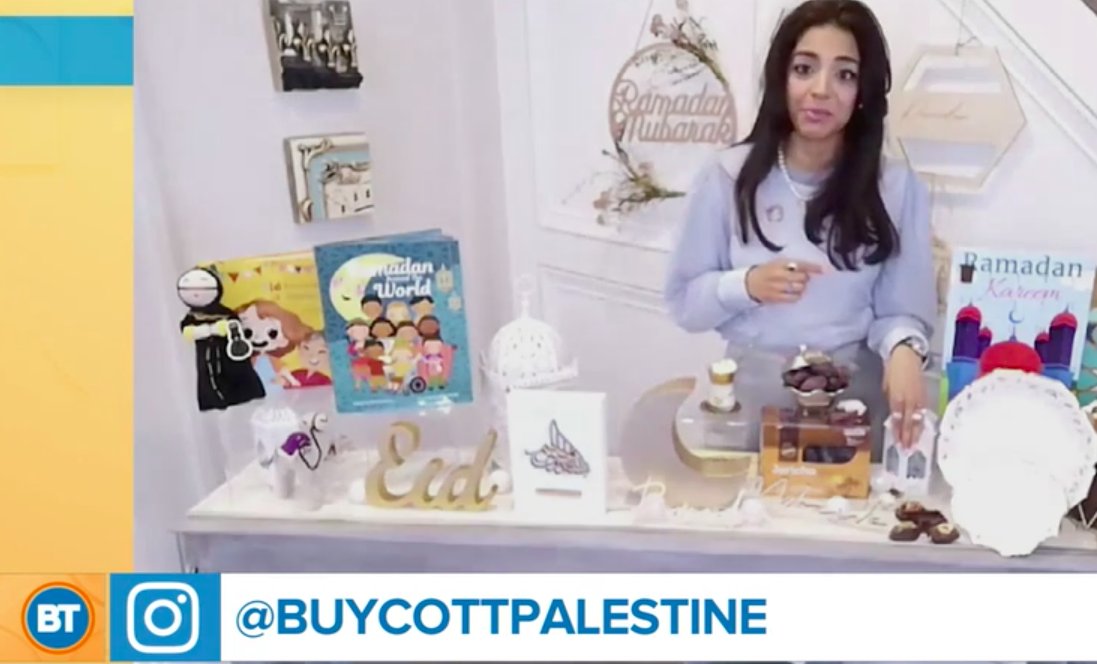 BT’s guest seamlessly and innocuously weaved in a promo for “Buycott Palestine”, an organization which supports the antisemitic BDS movement against Israel. Was BT innocently caught in the net or willing partners to promote BDS?

BT’s production team surely would have received Dr. Khan’s presentation in advance to know what captions to create to coincide with her verbal description of retailers and products, in this case, the importers of Medjool dates from “Palestine”.

That Breakfast Television was complicit in promoting the antisemitic boycott, divestment, and sanctions campaign against Israel was highly objectionable. Please file a complaint with BT now by clicking here and filling out BT’s contact form.