Behind The Headlines, Israel and Saudi Relations Blossom 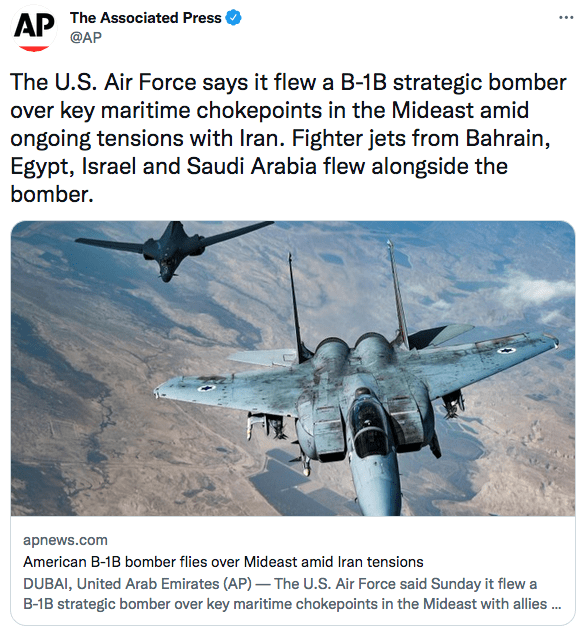 In the annals of diplomacy, some images stay seared in the collective memory of the public, representing an historic change. For example, the handshake between former Israeli Prime Minister Menachem Begin and former Egyptian President Anwar al-Sadat in 1979, or the signing of the Oslo Accords between Israel and the Palestinian Authority in 1993, are both powerful symbols of diplomatic agreements.

But sometimes, the most powerful symbols of the shifting sands of the diplomatic landscape take place not on manicured lawns and in the halls of parliament, but thousands of feet in the air.

In late October, a coalition of countries flew long-range bombers and fighter jets over two strategic choke points in the Persian Gulf, the Red Sea, and the Strait of Hormuz, in an intended show of force aimed at Iran in opposition of its efforts to acquire atomic weapons, its state-sponsorship of terror, and regional destabilization. About one-fifth of the world’s oil supply is transported through the Strait of Hormuz.

The aircraft participating were from Bahrain, Egypt, the United States, Saudi Arabia, and even Israel.

For the first recorded time ever, Israeli and Saudi aircraft participated in a demonstration together, in a united demonstration of sabre rattling.

Even just a few years ago, the image of Israeli and Saudi jets flying together would have been extremely implausible. The Saudi regime, long influenced by extreme Wahhabi Islam, is ideologically more in line with the Islamic State than with a Western democracy. But things have changed. A powerful and ascendant Iran, focused on the acquisition of nuclear weapons, changed the calculus immensely. But Israel’s rise as an economic and technological powerhouse has also been a factor in warming Saudi Arabia to Israel, which has helped other Gulf states such as Bahrain and the United Arab Emirates establish diplomatic relations with the Jewish State. Saudi Arabia has not abandoned its extreme Islamist views, but it has pivoted to more acknowledgement and acceptance of Israel.

Lest one think that the flight demonstration was an isolated example, only a few days prior, history was made on a tarmac in Riyadh, the Saudi capital. On Tuesday, October 27, an Israeli private jet landed in Riyadh, marking the first time ever that an Israeli airliner was known to land in the Kingdom of Saudi Arabia. 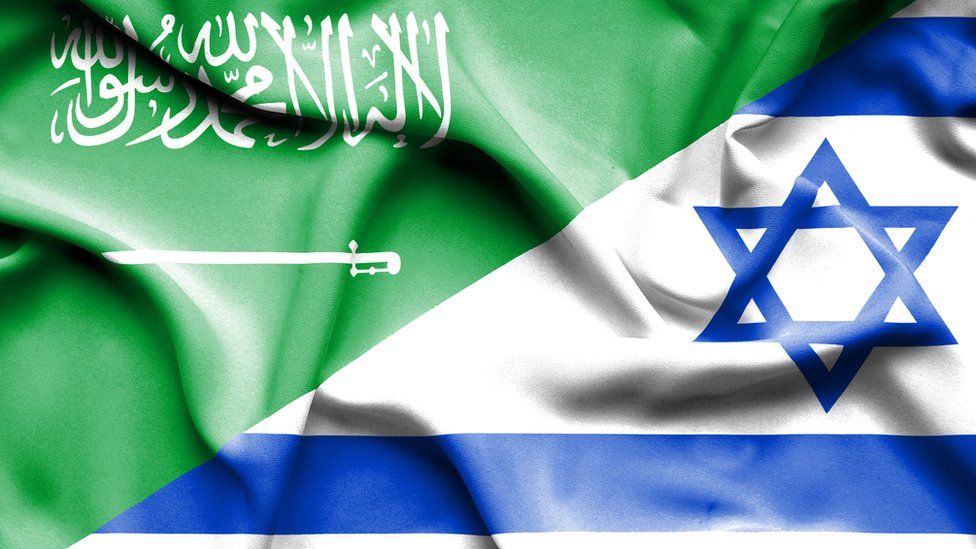 As of yet, there is no evidence that a peace agreement between Saudi Arabia and Israel is imminent, but these important steps – Saudi and Israeli jets participating in a shared air force demonstration, or an Israeli private jet landing at a Saudi airport – should not be minimized or ignored either.

For years, it was a sacrosanct view in diplomatic circles that any future peace between Israel and its Arab neighbours, including Gulf States, would hinge on a final status solution between Israel and the Palestinian Authority. As years have progressed, the Palestinian Authority has shown little interest in making real peace with Israel. The Palestinian leadership continues to pay lip service to the importance of negotiations, but simultaneously produces antisemitic materials in its school textbooks, mosques and official media outlets. Actions have clearly spoken louder than words.

But despite the Palestinian leadership’s refusal to move forward with peace with Israel, the rest of the Arab world is clearly not content to sit and wait for a day that may never come. Recognizing the shared danger of a potential nuclear-armed Iran, and the value in establishing relations with Israel, even Saudi Arabia, the custodian of the holiest sites in Islam, appears to be moving closer to a de facto recognition of the Jewish state of Israel.

Saudi Arabia’s recent moves of détente with Israel have put the final nails in the coffin of the linkage theory, meaning that a wider Israel-Arab peace initiative is moving forward even in the absence of any meaningful prospect of peace with the Palestinian Authority.

While the majority of Israelis have made it clear they support peace with their Palestinian neighbours, any negotiations must be in good faith. And a diplomatic outlook that continually prods Israel, while letting the Palestinian Authority repeatedly off the hook, accomplishes nothing but keeping millions of Palestinians hostage to a false hope that intransigence will eventually pay dividends.

Closer relations between Israel and Saudi Arabia, the most influential Arab country in the region, seem like an inevitability. The Palestinian leadership, and its enablers in the West and Europe, should take the opportunity to make peace with Israel now, while they still have some remaining sympathy in some Arab capitals, before they are utterly forgotten by their former benefactors.