In The Post Millennial, Barbara Kay says that antisemitism is rearing its ugly head at McGill University due to the discriminatory anti-Zionist campus paper the McGill Daily.

According to Kay: “At McGill, the principal vehicle for disseminating #Israel hatred is the McGill Daily, which is frequently guilty of the forms of anti-Semitism described above. The Daily has always been inclined to far-left ideology, and extreme anti-Zionism has been an integral component of the far left for many decades. The Daily, which is funded by student fees, receiving $300,000 annually, makes no secret of its bias, rather takes pride in it, constantly publishing diatribes against Israel, but refusing to accept pro-Israel counterpoint articles.” 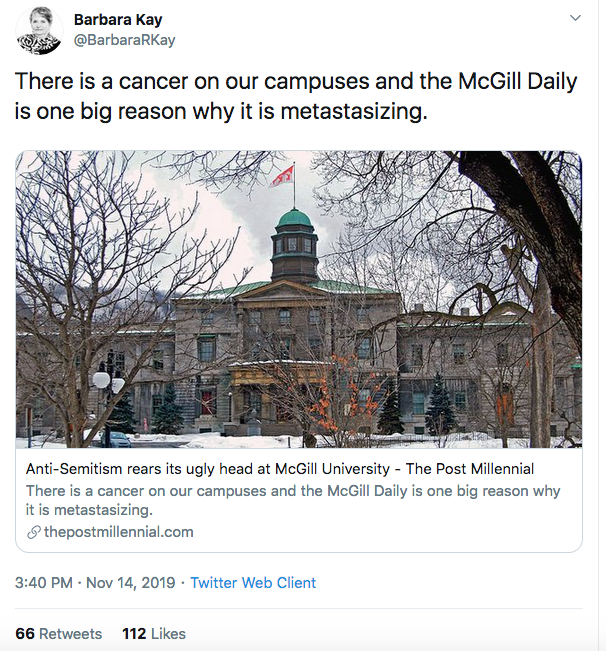 Kay pulls no punches saying: “There is a cancer on our campuses and the McGill Daily is one big reason why it is metastasizing.”