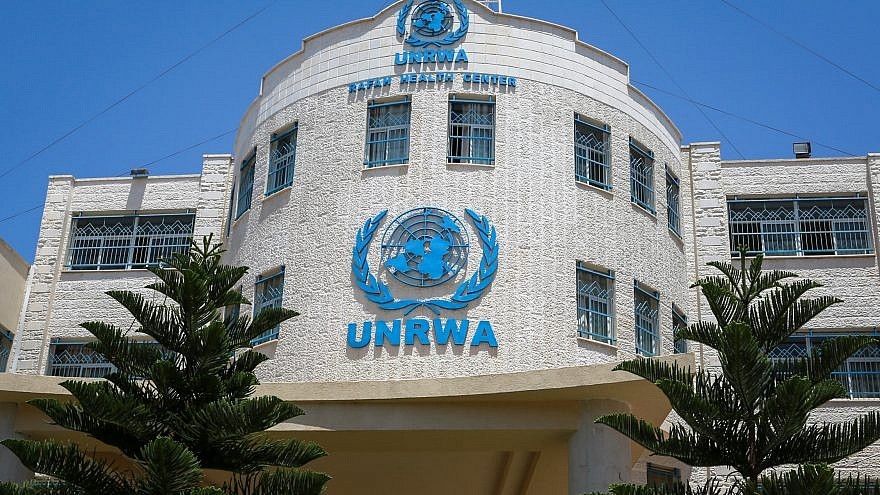 Once again, UNRWA is in the news, and not for reasons it would want. On January 22, Minister of International Development, Karina Gould, announced that Canada will conduct an independent investigation after reports emerged that UNRWA-produced educational materials given to Palestinian children were found to have promoted hate and incitement to violence.

“I was deeply concerned when it was recently brought to the attention of Canada…that certain educational materials used last year to support Palestinian refugee children during pandemic-related school closures in the West Bank and Gaza contained references that violated UN values of human rights, tolerance, neutrality and non-discrimination,” Gould said in a statement.

She added that UNRWA “acknowledged its error” and that corrective steps have been taken, but that Canada will also be investigating how the materials in question ended up in the hands of children.

While these are certainly positive steps taken by Canada, as is Minister Gould’s raising the Canadian government’s concerns directly to UNRWA Commissioner-General Phillippe Lazzarini, they are also too little, too late. For years, it’s been widely reported that UNRWA has been a toxic influence in the Middle East, whether due to its close relationship with the Hamas terrorist group, its long history in promoting anti-Israel and anti-Jewish propaganda and hate speech, and by pushing forward an agenda counterproductive to peace.

Canada needs to do more than accept UNRWA’s claims that an “error” took place. An error is an accident that happens on occasion. But UNRWA’s publishing of anti-Israel propaganda is not a mistake, nor is it new; it is by design and it’s systemic.

In 2019, a study by the Institute for Monitoring Peace and Cultural Tolerance in School Education (IMPACT-se) found that every single UNRWA-produced textbook in the fields of Arabic, history, social studies and national education for children between grades two and 12 included anti-Israel content, including incitement against Jews. Such a widespread problem is clearly not by accident or happenstance, but rather a focused strategy to poison the minds of the next generation of Palestinian children against Israel and Jews in general.

Two years prior, in 2017, Ronni Shaked, a researcher from the Harry Truman Research Institute at the Hebrew University in Jerusalem, conducted an audit of UNRWA textbooks, and found a widespread and consistent theme: the erasure of Israel. According to the study, Jewish holy sites in Jerusalem such as the Western Wall/Temple Mount were described as exclusively Muslim sites, and that Israel was an illusory presence that was being artificially propped up, but that had no real historical connection to the land.

None of this is news to the Canadian government, either. In 2019, Canada expressed official concern in light of reports that UNRWA’s senior management were “dysfunctional” and engaged in “misconduct, nepotism, retaliation, discrimination, and other abuses of authority.” Canada should have suspended its donations then following these corruption allegations, but it didn’t.

The United Nations Relief Works Agency was founded in 1949 to assist Arabs displaced after Israel’s War of Independence the year prior, when the nascent Jewish State was attacked by its neighbours. The refugee problem exists today largely because Arab states have refused to accept resettlement of the Palestinian refugees, cynically leaving their Arab brethren to live in squalor in refugee camps and leaving them disenfranchised and without rights, using their suffering as a political and demographic weapon against the State of Israel. Today, UNRWA is the only United Nations body specifically serving one group of people at the exclusion of all others. And while its antagonistic and negative impact in the region has been well-documented, it continues to receive funding from the Canadian government, and from other donor countries around the world.

Canada previously asserted that it “exercises enhanced due diligence for all humanitarian and development assistance funding for Palestinians. This work includes ongoing oversight, regular site visits, a systematic screening process and strong anti-terrorism provisions in funding agreements. These measures are in place to ensure that funds are not misused or diverted to terrorist groups. ” Clearly, the enhanced due diligence is not ironclad.

Minister Gould, and the Canadian government as a whole, needs to immediately halt UNRWA funding. Their continued problematic textbooks and school materials are not an error or an oversight; it’s part of a pattern stretching back many years, and as much as Canada registers its complaints or objections, as long as Canada continues to donate tens of millions of dollars every year to UNRWA, little will change. The demand for accountability must be paired with repercussions. To complain without halting funding will produce only short-term apologies from UNRWA, but will unfortunately change nothing in the long term.