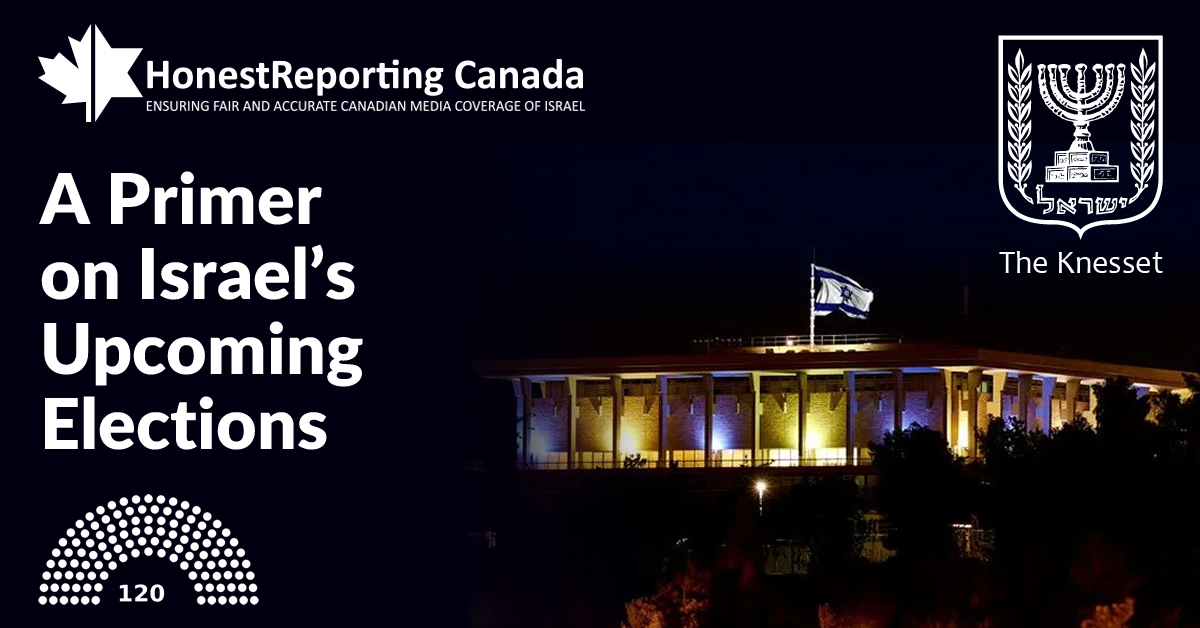 On the evening of Monday, June 20, Israel time, the country’s prime minister, Naftali Bennett, announced that he would be introducing a bill which would dissolve the Knesset, Israel’s parliament.

Once the bill has passed, as it is expected to do so in the 120-seat Knesset, Israel will likely be heading to the polls in early November, for the fifth time in three years.

What caused the Knesset to be dissolved?

Under Israel’s proportionate representation system, any political party with at least 3.25% support in an election will gain a seat in parliament. This has often meant that small parties wield disproportionate control, and that one party is very unlikely to attain a majority government. Typically, though not always, the party with the most seats attempts to cobble together a coalition government with a number of parties. The defeat of the current coalition was set in motion when Nir Orbach, a Member of Knesset, withdrew from the government, leaving it with fewer seats than the opposition parties.

Once the Knesset votes to dissolve, Bennett is expected to step down as prime minister and be replaced by Foreign Minister Yair Lapid, who will serve as caretaker prime minister until an election is held in the Fall. When the current government was formed in 2021, Bennett and Lapid had agreed to serve as alternating heads of government, each for two years.

Who is expected to win the next election? 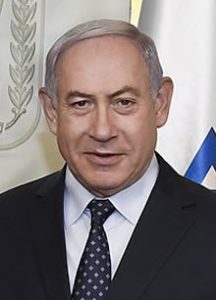 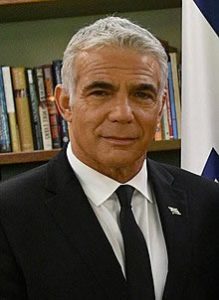 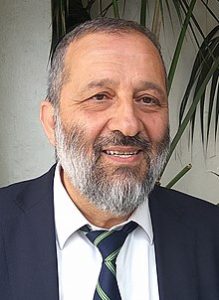 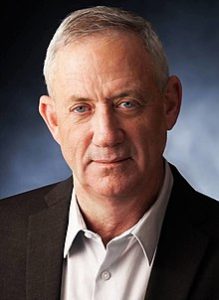 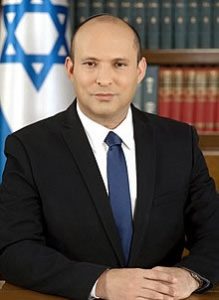 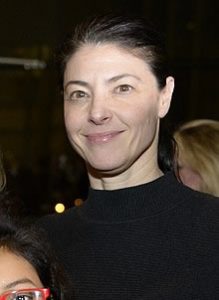 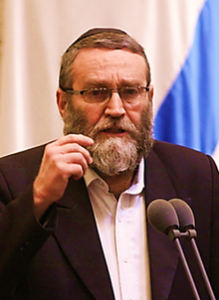 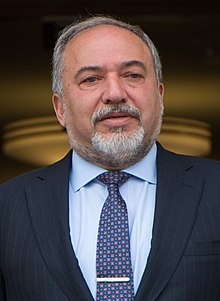 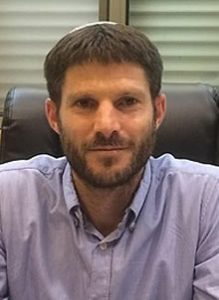 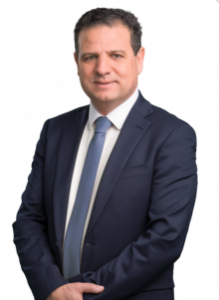 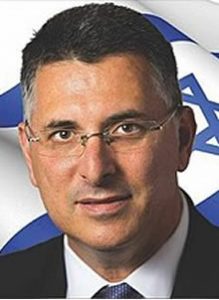 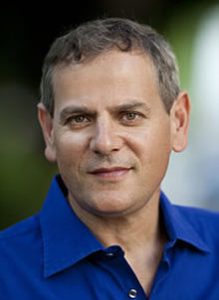 Though four months is eons in political terms, according to current polls, Benjamin Netanyahu’s Likud party is set to win the most seats if an election were held today. However, winning the most seats does not necessarily ensure one party forms government, if it is unable to secure a working majority in the Knesset. In the last election, held on March 23, 2021, the Likud party won 30 of 120 seats in the Knesset, but Lapid and Bennett formed government because they were able to organize a coalition whereas Netanyahu was not.

Who are the main political contenders in Israel?

Benjamin Netanyahu sits atop Israel’s political life as the country’s longest-serving prime minister. He has served as head of government from 1996-1999, and then again from 2009 until 2021. Although sometimes depicted as being politically hard right-wing, Netanyahu has long maintained open negotiations with the Palestinian Authority (PA), and in 2009, even endorsed the idea of a Palestinian state in principle. Netanyahu served as prime minister during the Abraham Accords, when Israel developed diplomatic relations with Bahrain and the United Arab Emirates (UAE) for the first time.

Naftali Bennett is the son of immigrants from the United States, and in 2021 became Israel’s first religiously-observant prime minister. Leader of the Yamina political party, Bennett is often described as being even more right of centre than Netanyahu, but his coalition government was also home to Ra’am, an Arab Islamist party who helped prop up Bennett’s government. Bennett also oversaw renewed relations with Muslim-majority Turkey, which had long since soured.

Yair Lapid is Israel’s foreign minister and the country’s alternate prime minister. As leader of the Yesh Atid party, Lapid represents a largely secular, centrist Zionist segment in Israeli society, with a focus on economic and related issues. As a charismatic former television journalist, Lapid has advocated for a more assertive integration of Israel’s Haredi (strictly Orthodox Jews) into the country’s workforce, and held meetings with Palestinian officials as foreign minister to lay the groundwork for potential future negotiations.

Mansour Abbas is the leader of Ra’am, an Arab Islamist political party. As kingmaker in the last Knesset, Abbas helped secure Bennett’s coalition government, representing for the first time ever an Arab party serving in Israel’s governing coalition. Abbas has focused less on Israel’s relations with the Palestinian Authority and more on improving life for Israel’s Arabs, including economically and educationally, who number nearly 2.5 million. In May, Abbas temporarily suspended Ra’am’s membership in Bennett’s coalition government in protest of the government’s handling of Arab riots in Jerusalem, but later re-joined, though he left the window open to in future join a potential Netanyahu-led government.

Israel’s Blue and White party, led by Benny Gantz, is socially liberal and Zionist. Its platforms include the de-centralization of clerical powers in Israel, including the recognition of civil marriages. It also has called for more widespread integration of women and religious Jews into Israel’s workforce.

Gideon Sa’ar, Israel’s Minister of Justice, is the leader of Israel’s New Hope party. It is generally considered to be conservative, right of centre, and supportive of liberal economic policies, including a reduction of the country’s bureaucracy while maintaining a strong safety net for the vulnerable.

Israel’s Labour Party, led by Merav Michaeli, is a social democratic political party. Left of centre, Labour supports an economic system blending capitalism and a strong safety net. Socially liberal, Labour supports the establishment of a Palestinian state, the legalization of cannabis, as well as recognition in Israel of same sex marriage.

Nitzan Horowitz is leader of Israel’s Meretz party. It is a left-wing party and affiliated with the Socialist International organization. Meretz supports policies aimed at environmental protection, the reduction of clerical powers in Israel, and the establishment of a Palestinian state as part of a two-state solution, and the evacuation of Jewish communities (settlements) in Judea & Samaria (West Bank).

United Torah Judaism (UTJ), led by Moshe Gafni, seeks to represent Israel’s Ashkenazi Haredi Jews, or the fervently religious, of European descent. It is religiously and socially conservative, and seeks to promote the interests of its base, including a strong state support for young religious men in yeshiva (institutions of Jewish learning). As a religious, but non-Zionist, party, UTJ is driven less by political ideology related to the Palestinians, and in fact supports continued negotiations with the Palestinian leadership.

Similar to UTG, Shas, led by Aryeh Deri, is a Haredi political party which seeks to represent Israel’s Haredi Jews of Mizrahi and Sephardi, or Middle Eastern, descent. The party is socially and religiously conservative, but unlike UTJ, Zionist in nature, and since 2010, a member of the World Zionist Organization. It has been a member of Israeli governments, both right and left-wing.

Israel’s Religious Zionist Party, known in Hebrew by its abbreviation Tkuma, is led by Bezalel Smotrich. Tkuma, unlike UTJ or Shas, seeks to represent Israel’s religious Zionist population, and less so Israel’s Haredi Jews, but it still religiously conservative, opposing same sex marriage, for instance. Sometimes called ultranationalist, it opposes the creation of a Palestinian state and any territorial concessions.

Avigdor Lieberman is leader of Israel’s Yisrael Beiteinu party. Created to represent the interests of new immigrants from the former Soviet Union, Yisrael Beiteinu is secularist and, like Yair Lapid’s Yesh Atid party, opposes widespread clerical support in Israel and supports economic liberal policies. Under Lieberman, the party proposed a land swap with the Palestinians, where Arab-majority areas in Israel would be traded in exchange for Israel retaining Jewish communities in Judea & Samaria.

The Joint List, led by Ayman Odeh, is in fact a political alliance of four disparate, though Arab-majority parties in Israel. The four parties, Ta’al, Balad, Hadash and the Arab Democratic Party, are ideologically diverse, and represent members ranging from Islamist to communist. Ra’am, led by Mansour Abbas, was previously part of the Joint List, but withdrew his party a few months prior to the 2021 Knesset elections in Israel.

What are the consequences of another election in Israel?

Despite three anticipated elections in five years, Israel remains economically stable and continues to be a powerhouse of technological innovation. While the makeup of the next Knesset is unknown, Israeli government policies are unlikely to be markedly different than in recent years, with continued protections inherent in a liberal democracy expected.