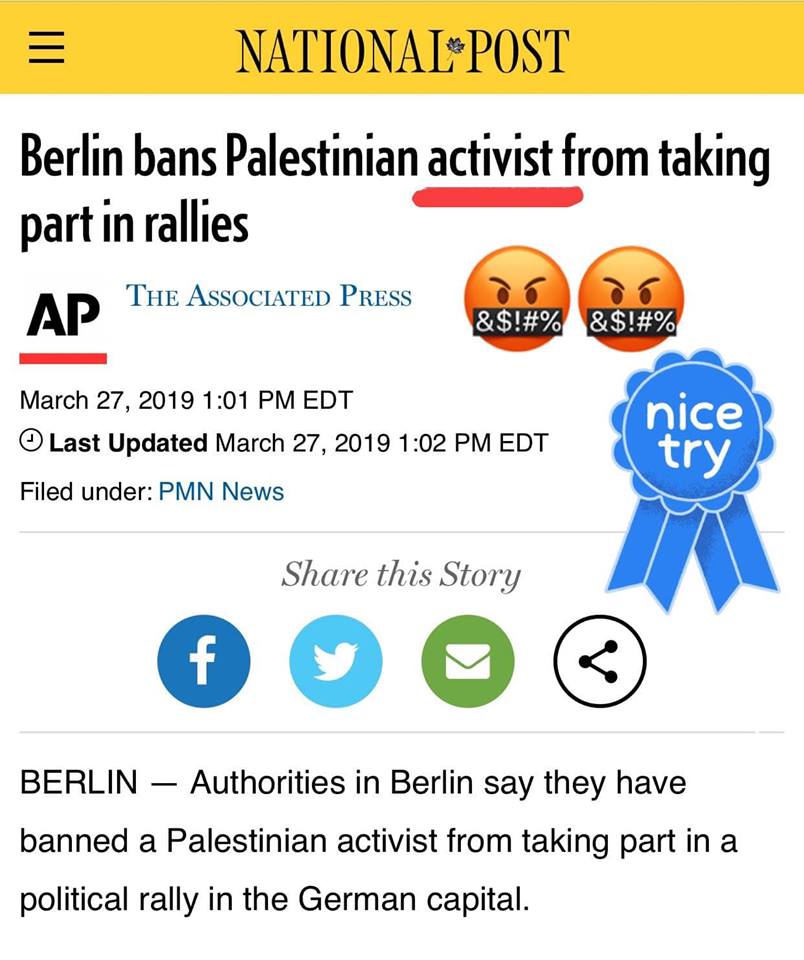 Rasmea Odeh was convicted in 1970 of two bombings in Jerusalem, including one that killed two men at a supermarket.

She’s a convicted Palestinian terrorist. Full stop. In no way should the Associated Press and National Post refer to Odeh as an “activist”, as was done on March 27 in a recent news report about authorities in Berlin who banned Odeh from taking part in a  political rally in the German capital.

The National Post should not be complicit in the whitewashing of Palestinian terror. Send letters to: letters@nationalpost.com.