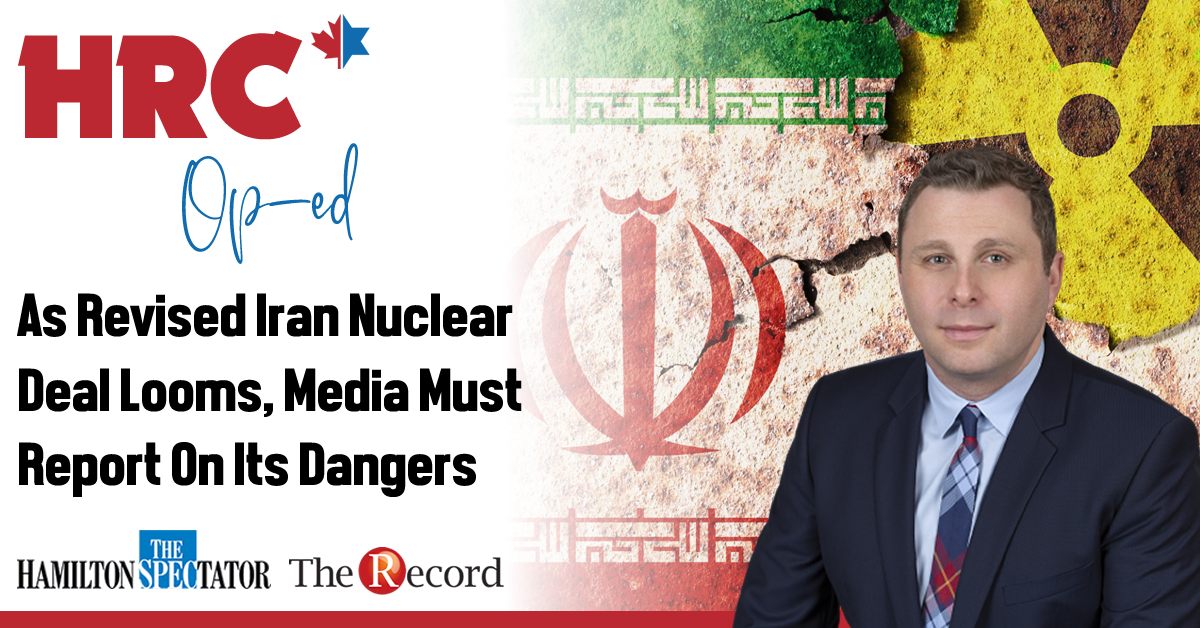 As world powers negotiate with the Islamic Republic of Iran over potential revisions to the 2015 nuclear deal, and the re-entry of the United States into the agreement, Iran continues its nuclear progress and malevolent activities worldwide.

While the dangers of a nuclear-armed Iran are significant, the central tenets under negotiation in a revised agreement suggest the same faulty basic premise as in 2015: Iranian assets unfrozen in exchange for a temporary cessation, not elimination, of its nuclear program. Just as Iran violated the original agreement, there’s no reason to believe that there will be a volte-face.

In 2015, Iran signed a deal with some of the world’s largest powers, agreeing to halt its nuclear program in exchange for sanctions relief.

The deal, called the Joint Comprehensive Plan of Action (JCPOA), was inked between Iran and the P5+1 (the five permanent members of the UN Security Council: China, Russia, United Kingdom, United States, France), plus Germany and the European Union.

Under the deal’s terms, Iran agreed to put limits on its nuclear development, including halting uranium enrichment and reducing its uranium stockpile. In exchange, UN and EU sanctions were lifted and an estimated $125 billion (CAD) in overseas Iranian assets were unfrozen.

Many criticisms of the JCPOA were voiced at the time, including about the deal’s sunset clauses which delayed but didn’t deny, Iran’s ability to become a nuclear threshold state. Other shortcomings of the deal were its poor verification regime that impeded IAEA snap inspections and how the agreement failed to curtail Iran’s ballistic missiles program and didn’t address Iran’s support for terrorism and its quest for regional hegemony. Critics of the deal observed that it could be seen in Iran as a ransom payment, thereby incentivizing and emboldening the Islamic Republic’s actions going forward.

It didn’t take long for Iran’s violations to become public, including re-starting uranium-enriching centrifuges to near weapons grade.

In 2018, the Trump government announced America’s withdrawal citing Iran’s repeated breaches of the agreement. Although the other parties remained in the deal subsequent to the US withdrawal, Iranian belligerence and malevolence continued unabated.

Now, nearly four years after America’s exit, the US appears willing to re-enter the agreement under the Biden administration.

Regardless of the participation of the US, a potential 2022 JCPOA redux reportedly has all the hallmarks of its predecessor’s fatal shortcomings. 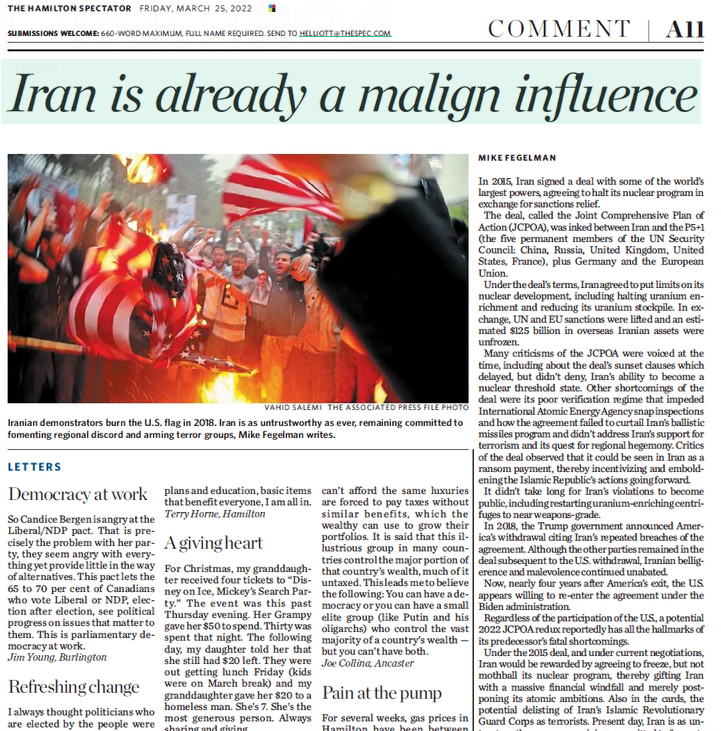 Under the 2015 deal, and under current negotiations, Iran would be rewarded by agreeing to freeze, but not mothball its nuclear program, thereby gifting Iran with a massive financial windfall and merely postponing its atomic ambitions. Also in the cards, is the potential de-listing of Iran’s Islamic Revolutionary Guard Corps as terrorists. Present-day, Iran is as untrustworthy as ever, remaining committed to fomenting regional discord and arming terror groups like Hezbollah, Hamas, the Houthis, etc. throughout the Levant.

Iran used weak enforcement mechanisms of the 2015 deal to solidify its nuclear capacity, putting the Islamic Republic in a far more advantageous position than it was during original negotiations. Iran pivoted in recent years by attempting to wean itself off its over-reliance on oil revenues, focusing on expanding economic partnerships with regional powers like China, the world’s fastest-growing economy. If successful, Iran will be even less vulnerable to Western economic sanctions than previously.

Israel, the biggest target of Iran’s malicious terror proxies, has spoken out against re-signing a nuclear deal. Israeli Prime Minister Bennett observed that this “shorter and weaker” deal permits Iran to build “stadiums of advanced centrifuges without restrictions.”

Saudi Arabia recently announced it would only support a revised nuclear deal if it recognized Iran’s malignant influence beyond the nuclear issue. “Any return [to the JCPOA] should be only the first step towards a longer and stronger deal…the current deal doesn’t protect us from an Iranian nuclear or military capability,” said the kingdom’s Foreign Minister, Prince Faisal bin Farhan.

The Trudeau government was supportive of the JCPOA, and as an ally of the US, it will likely support it once again. But without recognizing the original deal’s fatal flaws, and the apparent slight revisions under current negotiations, world powers appear set to make the same mistakes, only this time, facing a more confrontational Iran which recognizes its leverage.

The Islamic Republic of Iran’s leadership is already a malign influence. Adding nuclear capability to the mix would only supercharge its reach and unfreezing billions in assets will only give it a war chest for it to continue its state sponsorship of terror worldwide. As the window closes on a potential revised deal, the need for critical reporting and scrutiny on this issue has never been greater.