Rebutting the absurd claim that the recent surge in antisemitism “is in direct proportion to the outrage against Israel’s genocide and apartheid,” HonestReporting Canada Research Analyst Noah Lewis sets the record straight in the Regina Leader-Post today. 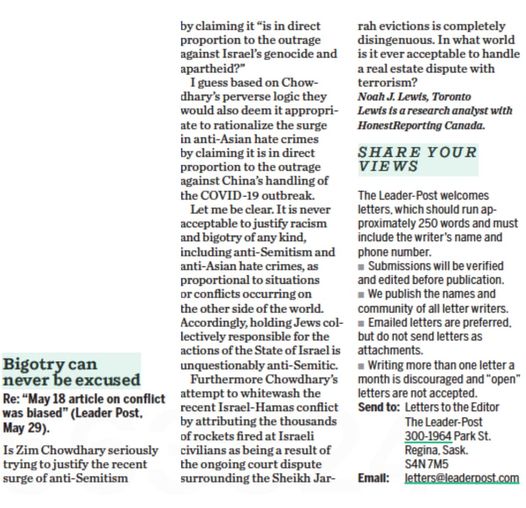 Our letter was in response to this odious screed that was published on May 29 in the Leader Post which tried to rationalize antisemitism: 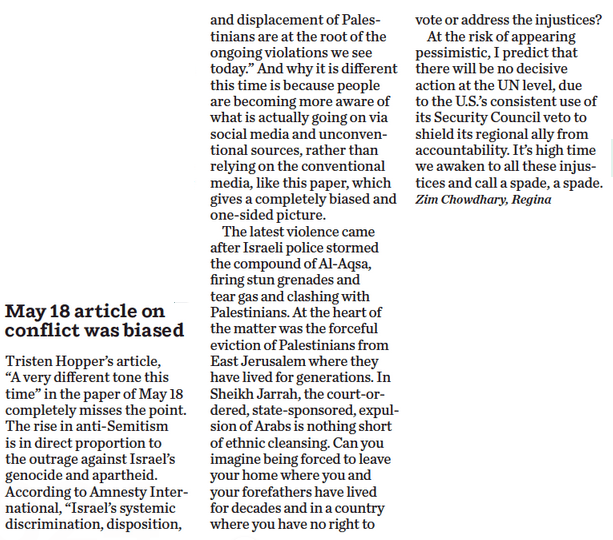