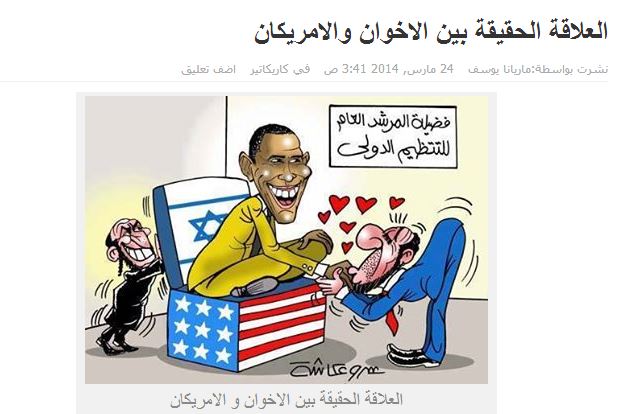 
The cartoon depicts Jewish control of the U.S. government and suggest that the Muslim Brotherhood was created by a Jewish and American cabal. 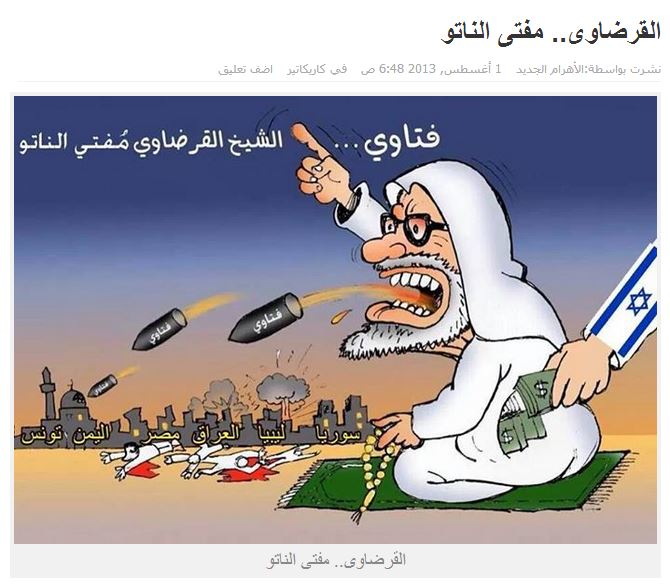 Outlandish conspiracy theories have long plagued Middle East countries such as Egypt, where autocratic traditions encourage the finding of scapegoats and other forms of obfuscation as a convenient way to avoid facing responsibility for the nation’s problems.

Sadly, these conspiracy theories have now surfaced in Ahram, the Egyptian-Canadian newspaper.  Rather than speak out against the moral depravity of anti-Semitic conspiracies prevalent in Egypt, this Canadian newspaper egregiously adopts them.

The cornerstone of democratic principles is to respect all citizens, as reflected in Canadian law. This newspaper violates these cherished Canadian values.