On May 10, the Hamilton Spectator published the following letter from Gustavo Rymberg, CEO of Hamilton’s Jewish Federation, who took the paper to task for its May 4 coverage of Hamilton-area Rabbi David Mivasair, an anti-Israel activist and propagandist, who was recently detained by the Israeli military in the west bank. 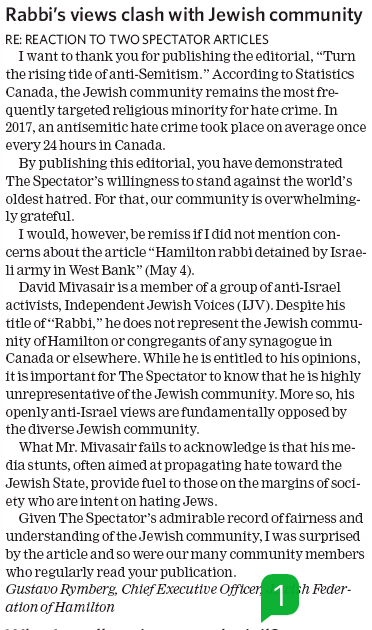 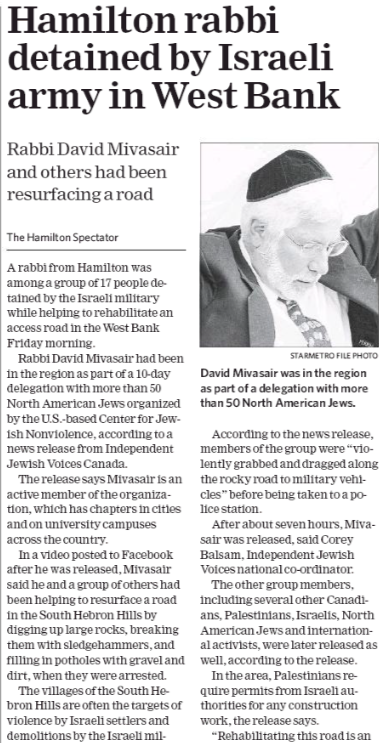 An equally troubling example of media bias can be seen in how CBC News’ website published a one-sided report about the Rabbi’s detention which failed to quote or include context about the Israeli perspective. 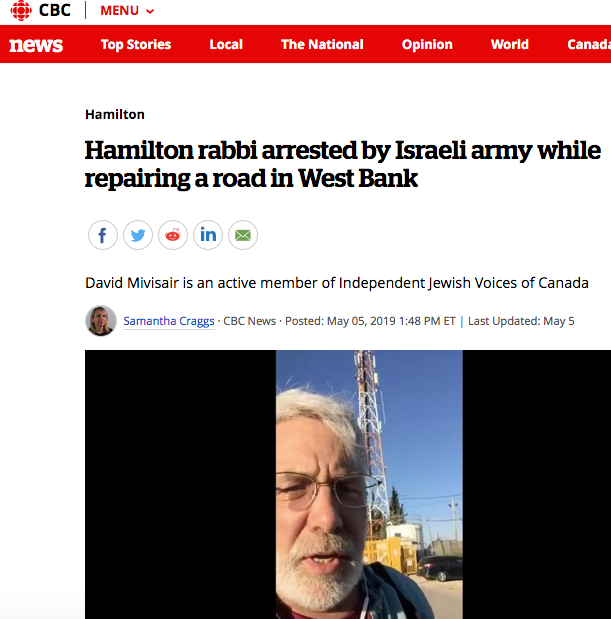 Meanwhile, on March 26, CBC Radio gave an undue platform to Rabbi Mivisair to spread his misinformation. CBC Radio aired a close to 10-minute interview with Rabbi Mivisair who claimed that Winnipeg Mayor Brian Bowman was “manipulated into speaking out against Linda Sarsour.”

Listen to the interview here or immediately below:

HRC will continue to monitor and respond to biased Canadian media coverage about this anti-Israel activist.