Israel Is An Imperfect Country, But A Vibrant...
Why Are Anti-Israel Activists So Afraid of The...
McGill Tribune Publishes Op-Ed Calling for a Boycott...
Ontario Arabic Paper’s Editor Downplays Holocaust; Meshwar Describes...
How the War in Ukraine is Having a...
Toronto Star Columnist Shree Paradkar Wrongly Claims IHRA...
After Vancouver Adopts IHRA, CBC Radio Interviews Fringe...
Qatar Prepares For The 2022 World Cup: Will...
Lawfare: Who is Using the Law More Effectively?...
Official Publication of the College of Physicians and...
Home Media Action Alerts2021 UPDATED: Canadian Armed Forces Apologizes & Deletes Anti-Israel Article After HRC Complaint

Yesterday, in response to a complaint filed by HonestReporting Canada and scores of our subscribers, the Canadian Armed Forces unreservedly apologized for the harm it caused by publishing an anti-Israel article and have deleted it in its entirety from its website.

We thank the Canadian Armed Forces (CAF) and the Department of National Defense (DND) for conveying its sincere apologies directly to HonestReporting Canada and for carrying out a prompt investigation and for taking decisive action to remove this anti-Israel article from the website of its news outlet, the Maple Leaf.

It was deeply concerning to see a Canadian soldier pen an article featured on the government of Canada’s website which seriously distorted the Israeli-Palestinian conflict, ignored Israel’s security concerns and incessant Palestinian terrorism, and that was partisan and not objective. We hope that this incident serves as a teachable moment and as a reminder, that anti-Israel political activism should never be permitted in publications representing Canada’s Armed Forces.”

In an October 8 article in the Maple Leaf, the news outlet of the Canadian Armed Forces (CAF) and the Department of National Defence, (DND) Lieutenant Colonel Len Matiowsky, a Canadian soldier stationed in Israel, painted a myopic picture of the conflict between Palestinian-Arabs and Israelis.

Matiowsky’s article is entitled an “Artistic initiative that made a difference in Palestine,” even though official Canadian policy does not recognize “Palestine” as a state as the Palestinians haven’t met the requirements for statehood.

Members of Op PROTEUS work from one end of the West Bank to the other engaging with members of the PASF but also meeting people from all walks of life: vendors, artists, politicians, restaurateurs, and even the displaced and less fortunate. Palestinian refugees and their descendants, for example, are citizens of Mandatory Palestine, a geopolitical entity established between 1920 and 1948 in the region of Palestine under the terms of the League of Nations Mandate for Palestine. They fled or were expelled from their country over the course of the 1947–49 Palestine War and the Six-Day War. Most Palestinian refugees live in or near 68 Palestinian refugee camps across Jordan, Lebanon, Syria, the West Bank and the Gaza Strip.”

Contrary to Maitowsky’s article, Palestinians are citizens of the Palestinian Authority, furthermore, Mandatory Palestine was a geopolitical entity that began in 1920 under the League of Nations mandate and ceased in 1948 following the Partition Plan that led to the creation of the State of Israel. It was in 1948 that the displacement of Palestinian-Arab refugees occurred due to a war of annihilation waged by pan-Arab armies seeking to wipe the nascent state of Israel off the map. This same type of displacement occurred again in 1967 in the Six Day War, which was another failed attempt by several Arab countries to purge the Jewish state from the Middle East. 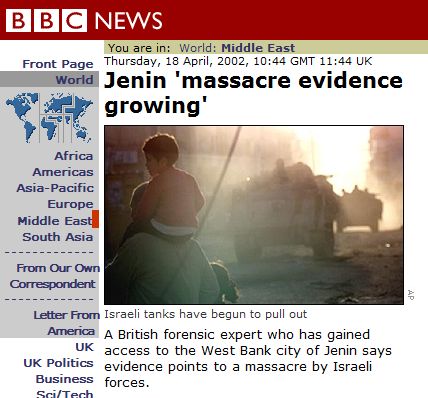 Lieutenant-Colonel Maitowsky trained Palestinian Authority Security Forces under Operation Proteus. His article notes how Canada’s Embassy in Israel, Canada House in Tel Aviv, was converted into an art studio for a silent auction fundraiser for The Not-to-Forget Women Society which describes itself as “first established by educated and social activist refuges women, after the events of April 2002 in Jenin camp to response on the tragic situation caused by Israeli occupation in Jenin camp in that period.” According to this article, $14,000 CDN was raised for this organization.

Maitowsky observed the following that we take great umbrage with: The “Jenin Camp was also severely affected by the second intifada, when the Israeli Defense Forces occupied the camp in 2002 after the Battle of Jenin. 400 homes or more were destroyed, with hundreds more being severely damaged. More than a quarter of the population was rendered homeless. The United Nations Relief and Works (UNRWA) Agency was established to provide direct relief and works programs for 750,000 Palestinian refugees. Now, there are 5.6 million.”

In so doing, he completely ignored how wave after wave of Palestinian terrorists came from Jenin in the “second intifada” that saw over 1,000 Israelis killed, and 9,000 wounded. Matiowsky blames Israel exclusively for Jenin’s plight, ignoring how Jenin was a hotbed of suicide bombers and a breeding ground of terrorists. He also misled readers and failed to note that the majority of the 5.6 million number he refers to are descendants of Palestinian-Arab refugees. He also conveniently ignores the 850,000 Jewish refugees who were ethnically cleansed from Arab lands.

As to the Jenin, the Jerusalem Post noted the following context which Maitowsky omitted:

On April 3, 2002, following the horrendous Palestinian attack in Netanya at the Passover seder (Thirty civilians were killed in the attack and 140 were injured), and other suicide bombings, the IDF finally launched Operation Defensive Shield – the first major counter-terrorist operation. Palestinian officials immediately accused the IDF of committing a “massacre” in the Jenin refugee camp – the center of the terror operation. In parallel, a number of officials from “human rights” NGOs echoed these allegations, devoid of any independent investigation.”

As Charles Krauthammer once observed in the Washington Post:

Take Jenin. What was the real story? That hand-to-hand, door-to-door combat, in an intensely built-up shantytown, among dozens of houses booby-trapped by Palestinian fighters, should have yielded somewhere between seven and 21 scattered civilian casualties is nothing less than astonishing. It testifies to the extraordinary scrupulousness of the Israeli army, which lost 23 soldiers in the battle, precisely because it did not want to cause the civilian casualties that come with aerial bombardment, as has happened everywhere from Grozny to Kabul. And yet Israel was investigated precisely for defending itself against massacres that warrant no investigation.”

It’s deeply concerning to see a Canadian soldier pen an article on the Canadian Armed Forces’ (CAF) news outlet which so seriously distorted the Israeli-Palestinian conflict, that ignored Israel’s security concerns and incessant Palestinian terrorism, and that was partisan and not objective. HonestReporting Canada encourages you to send a complaint directly to the Maple Leaf to voice your concerns. Send emails to: Internal_Communications_internes@forces.gc.ca and please refer to Lieutenant Colonel Len Matiowsky’s October 8 article: “Artistic initiative that made a difference in Palestine”.