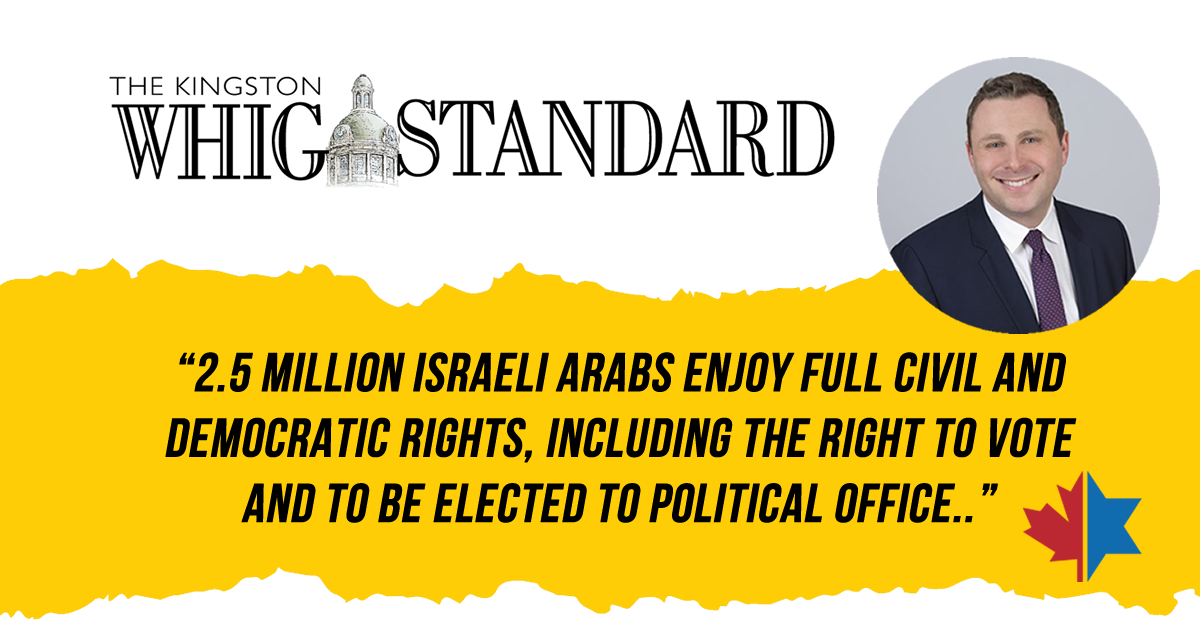 On February 19, the Kingston Whig-Standard published an op-ed by Alia Hogben (see below) who erroneously claimed that Israel is “a country for only the Jewish people of the world”.

In a rebuttal letter published on February 26, HRC Executive Director Mike Fegelman set the record straight about how all Israeli citizens, Jews and Arabs alike and irrespective of race, religion, ethnicity or creed, are fully equal. 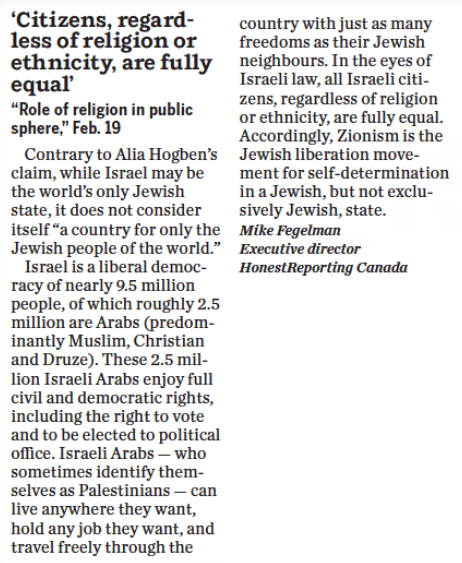 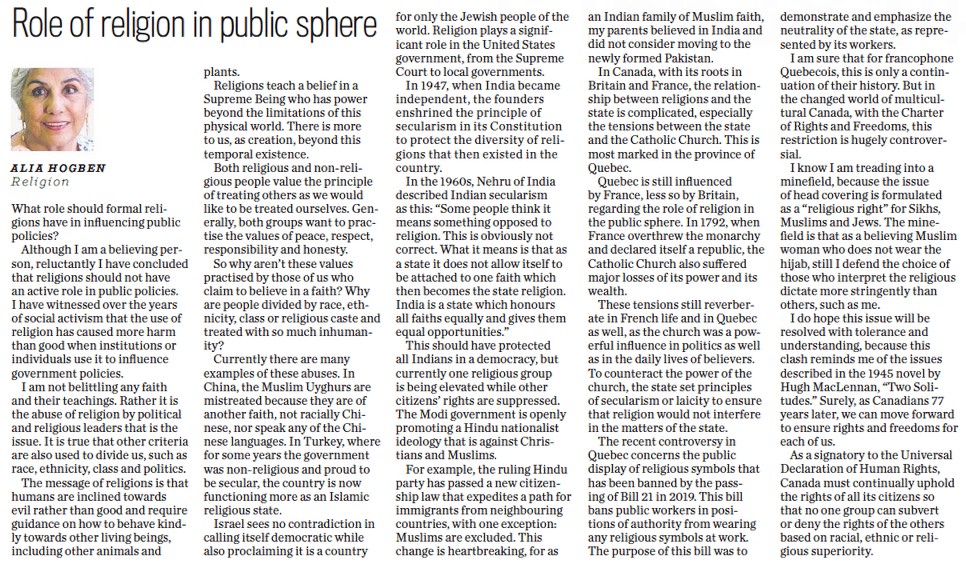