In a recent HRC communique on October 31, we notified you that CBC.ca had sanitized terror against an Israeli baby and an Equadorian woman, both of whom were murdered by a Hamas terrorist.

On October 23, CBC.ca carried an article on its website with headlines which lead readers to wrongly conclude that the incident was simple vehicular manslaughter and not intentional Palestinian terror as the article’s headlines failed to even refer to the incident as an “attack”. 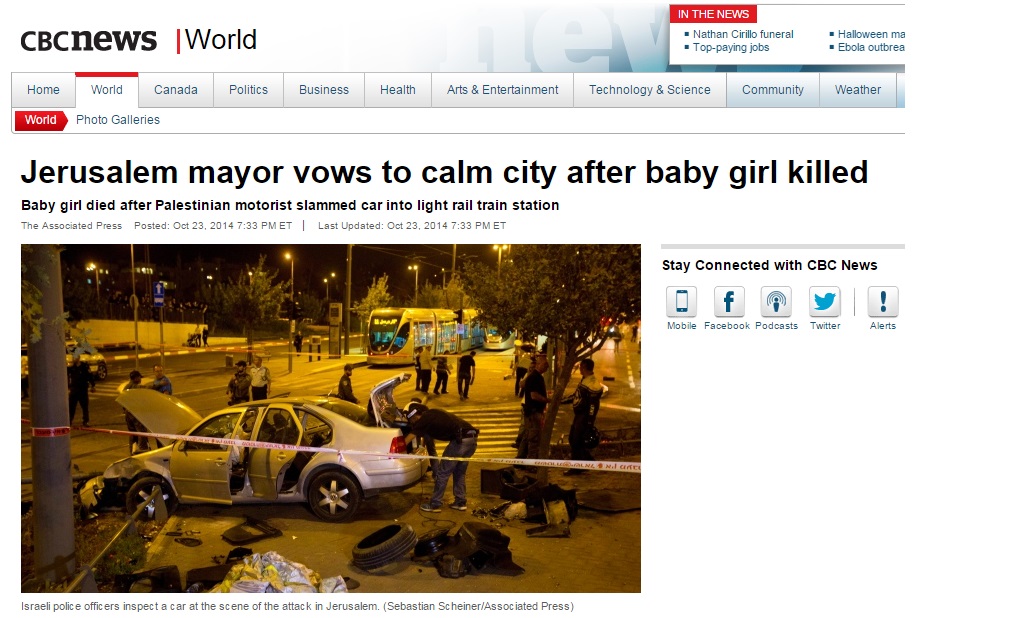 Our public broadcaster deemed the shooting of a “driver” rather than the actions of a terrorist more newsworthy. Though CBC defended their reporting when responding to a complaint from HRC, we asked the CBC’s Ombudsman to arbitrate our grievances, a review which will be forthcoming shortly. We also asked HRC subscribers to communicate their concerns directly to the CBC and we thank the many of you who did just that.

Though the CBC never did acknowledge any shortcomings in their reporting, we do take note that subsequent to our efforts, the CBC’s coverage of similar incidences of terror were referenced as “attacks” in CBC.ca headlines.

On November 5, a Hamas terrorist deliberately drove his vehicle into a crowded train platform in Jerusalem and then attacked people with an iron bar, killing two and injuring over a dozen innocents.

The CBC produced the following headline to this article: 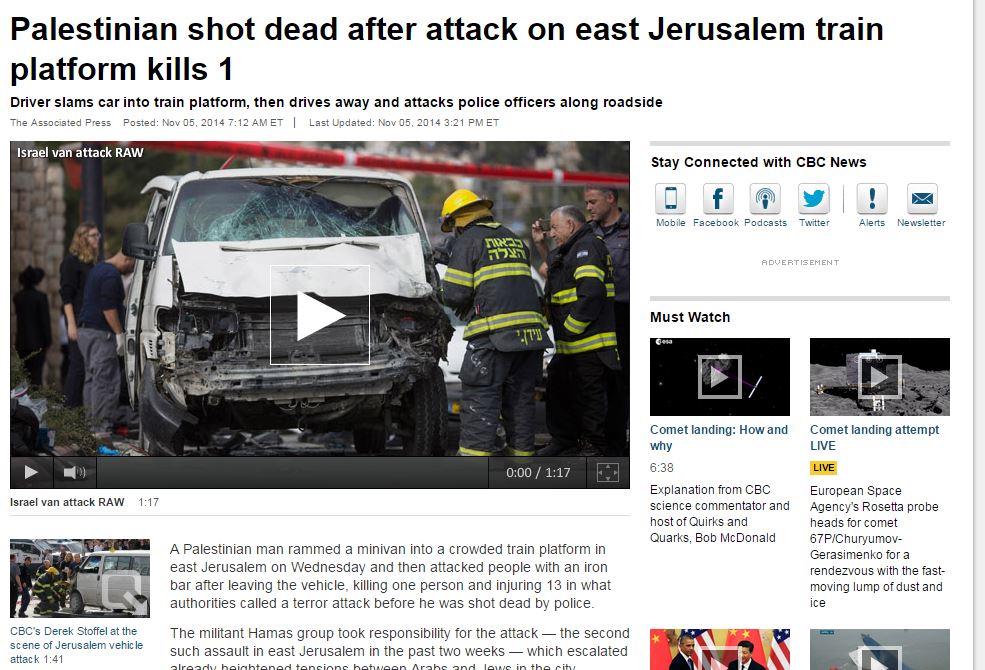 Though far from ideal, this headline marked a slight improvement as the CBC did acknowledge that an “attack” had occurred. Regrettably, the CBC failed to identify the attacker as a Hamas operative  in its headlines, and instead just referred to him as a simple “Palestinian”. The CBC focused on how he was killed by Israeli police. As well, in contrast to its previous reporting, this CBC.ca article featured several video reports about the aftermath of the attack, some with raw footage and another one produced by CBC Mideast Bureau Chief Derek Stoffel.

As well, some hours after this incident of terror, three Israeli Defense Forces soldiers were injured after a Palestinian vehicle slammed into them on Route 60 southwest of Bethlehem in an attempt that the IDF says was intentional terror meant to target Israeli forces.

In covering this incident, CBC produced the following headline to this November 5 article: 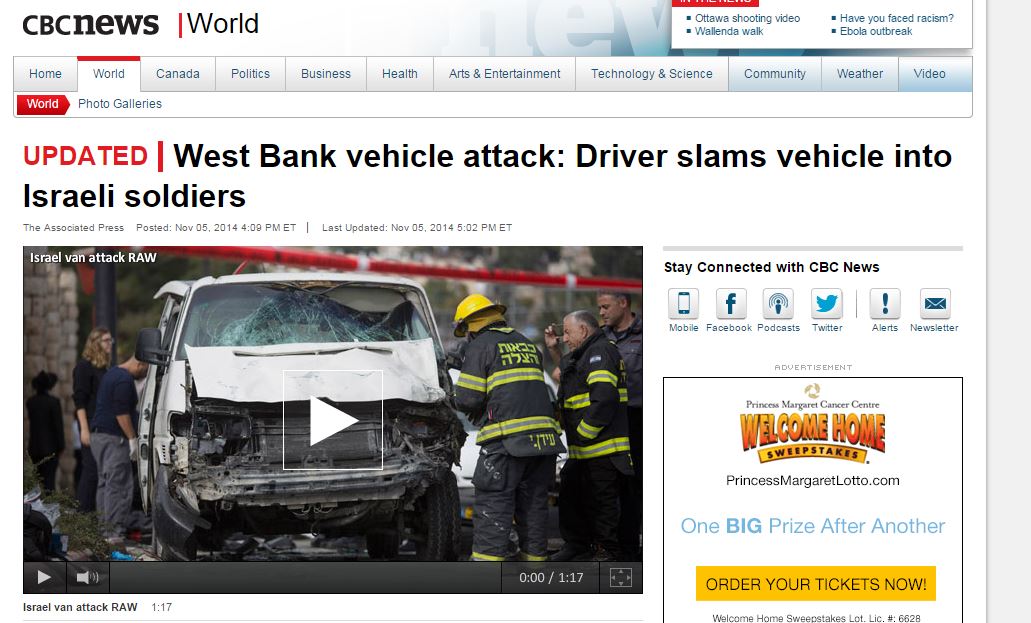 Again, see how the CBC now unambiguously referred to this incident as being a “vehicle attack”. This CBC.ca article also included the following tweet from CBC Mideast Bureau Chief Sasa Petricic:

Though these articles are far from perfect, they mark some improvements in the CBC’s handling, characterization, and reporting on terror attacks against Israelis, thanks in large part due to your collective efforts to hold the CBC to account!