On June 3, the Toronto Star published the following anti-Israel letter which erroneously claimed that in the two decades from 1967-1987, that Israel had built 16,800 settlements: 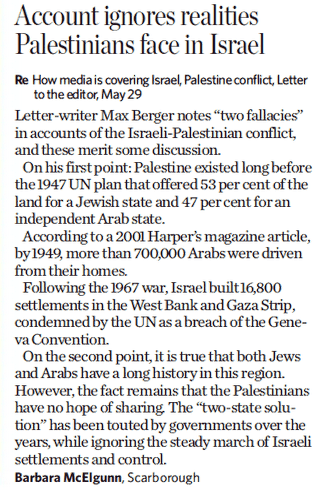 In fact, only 16,800 units within existing settlements had been built. The Star, to its credit, published the following correction on June 4 to set the record straight: 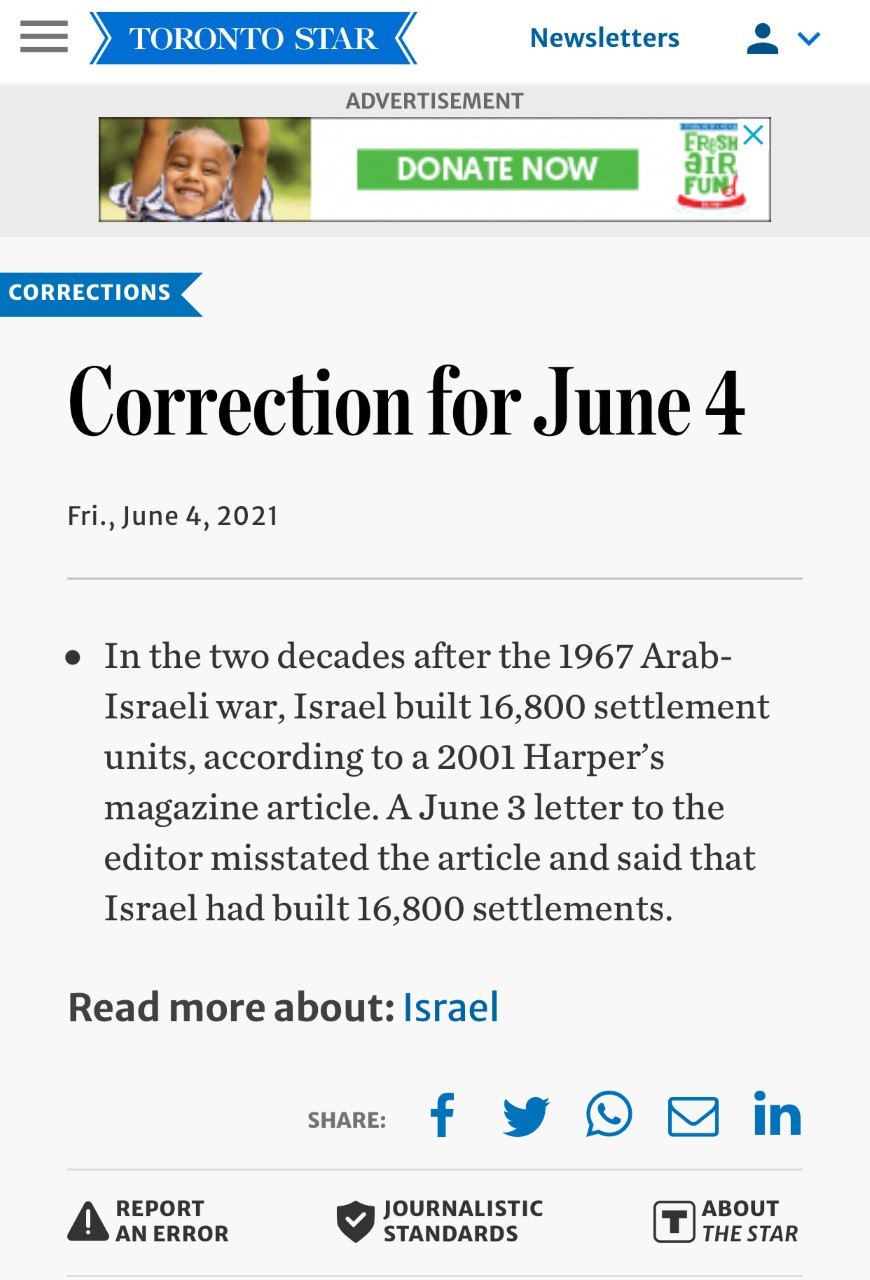 Of course, other errors exist in this letter. The Palestine she refers to is British Mandate Palestine, at a time when Jews and Arabs both regarded themselves as Palestinians, hence how the Jerusalem Post used to be called the Palestine Post. As well, in the 1948 war, Arabs are regarded as having fled (or were forced) what is now Israel at the behest of Arab armies who told them to flee pending war temporarily.