On what basis could CTV.ca assert this morning that Israel broke the relative lull in fighting with Hamas? 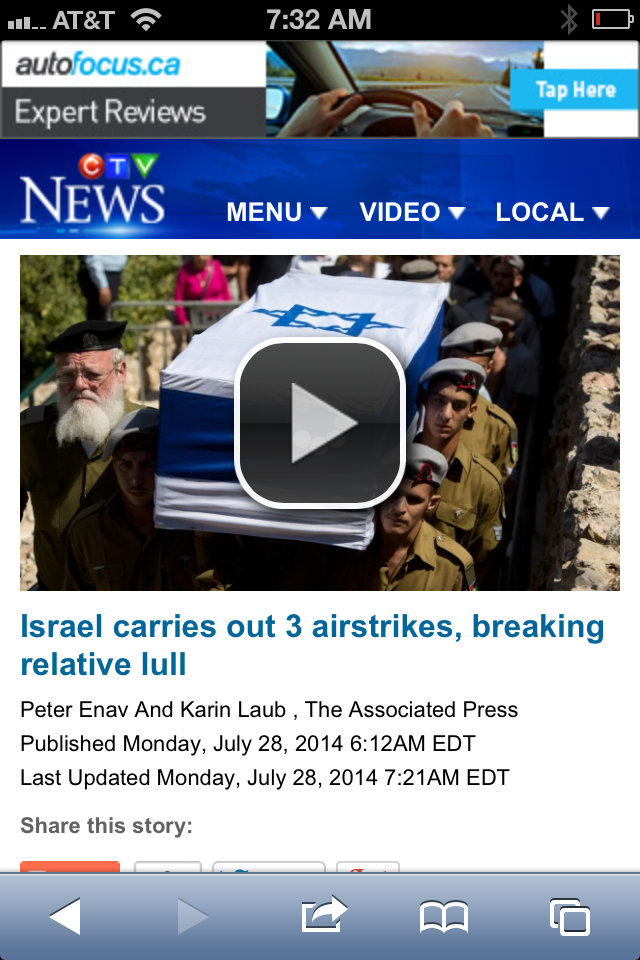 In fact, the lead of this article notes specifically that Israel returned fire in self defence when faced with Palestinian rocket fire:

“Israeli jets struck three sites in Gaza on Monday after a rocket was launched at Israel, the military said, disrupting a relative lull in the war-torn territory at the start of a major Muslim holiday.”

HRC contacted and called on CTV editors to amend this headline and following our complaint, the headline was amended to the following: 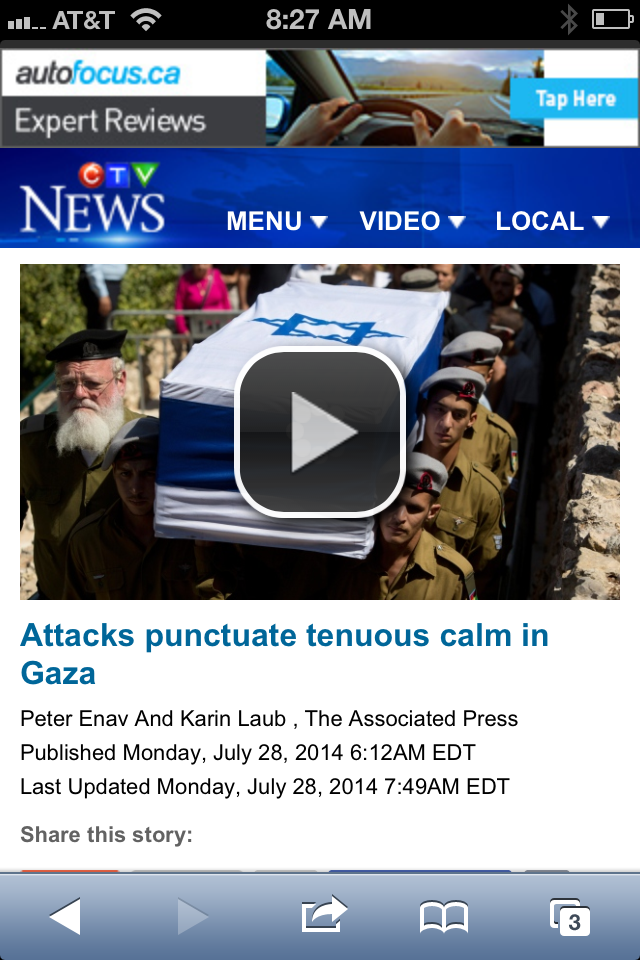