A picture is most certainly worth a thousand words.

With this in mind, HonestReporting Canada was concerned that on Saturday February 9, the Toronto Star published an article on how “Israel arrest(ed) Palestinian suspect in teenager’s killing” which, although the article was focused on the Israeli victim of Palestinian terror,  featured a one-sided photo gallery showing the following six images of Palestinians mourning two Palestinian teens allegedly killed by the IDF at weekly border riots at the Gaza-Israel frontier: 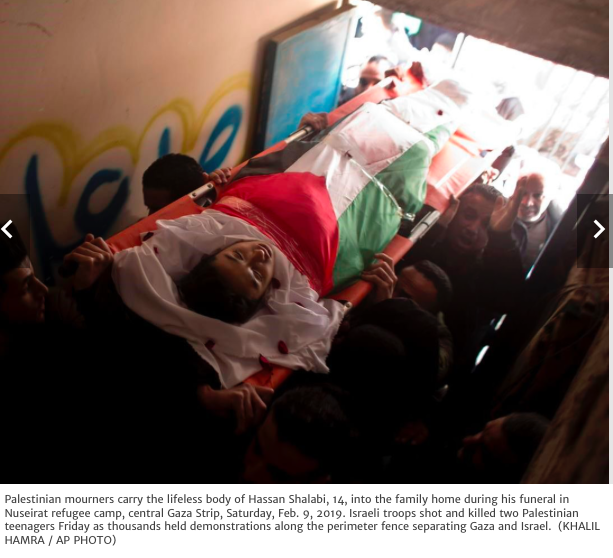 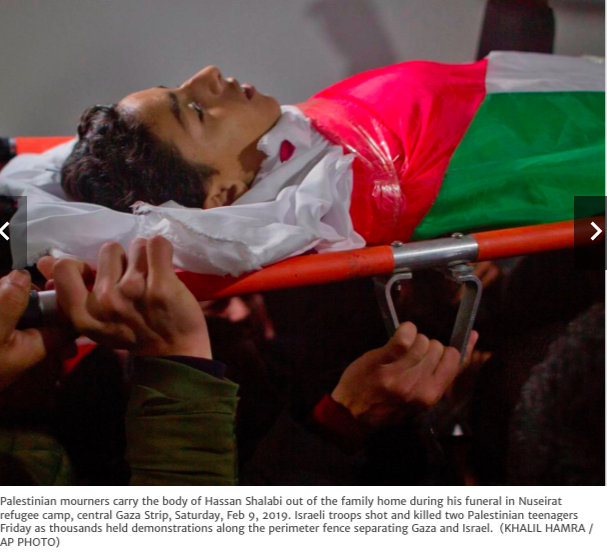 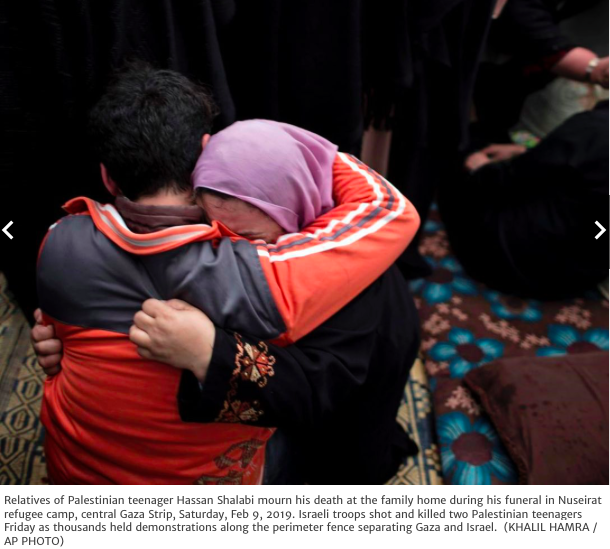 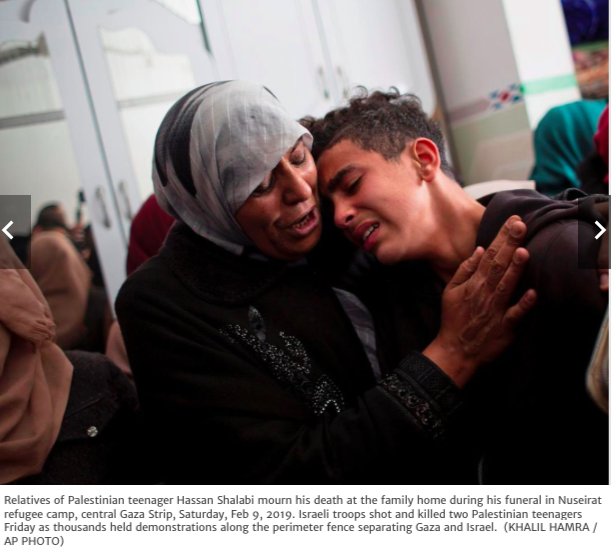 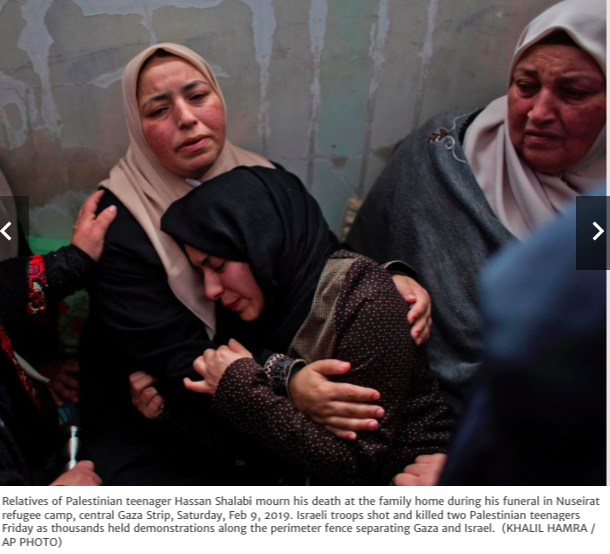 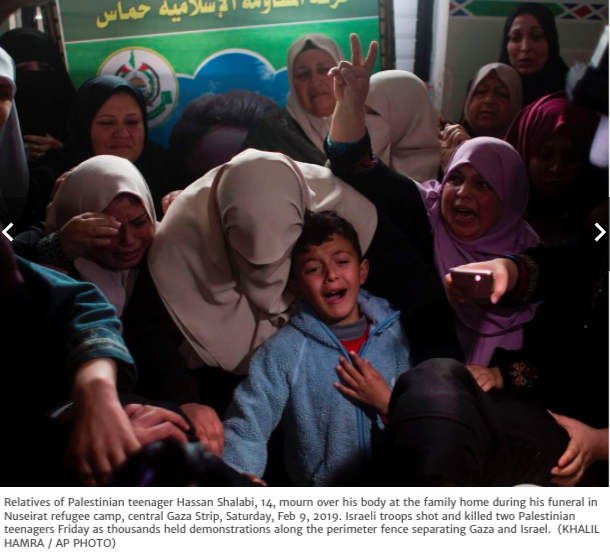 Given the topic and focus of this article, we told the Star that in the interests of fairness and balance, it behooves this publication to print photos of the Israeli victim, 19-year-old Ori Ansbacher, the perpetrator (Arafat Arpaya), the scene of the attack and/or a photo of Prime Minister Netanyahu meeting with the grieving family.

In response, the Toronto Star commendably acknowledged that the photo gallery was “disproportionate” and agreed to alter it. Furthermore, subsequent to our complaint, the Star published an article on February 11 “Palestinian suspect in death of Israeli woman in court” which prominently shows an image of the alleged Palestinian terrorist. The Star also published an article on February 10: “Israel says woman’s slaying near Jerusalem ‘nationalistic’” which shows two pictures from the scene of the terror attack. In total (and as of this writing), the Star published three articles about this Palestinian terror attack that saw an Israeli teenage girl brutally murdered. 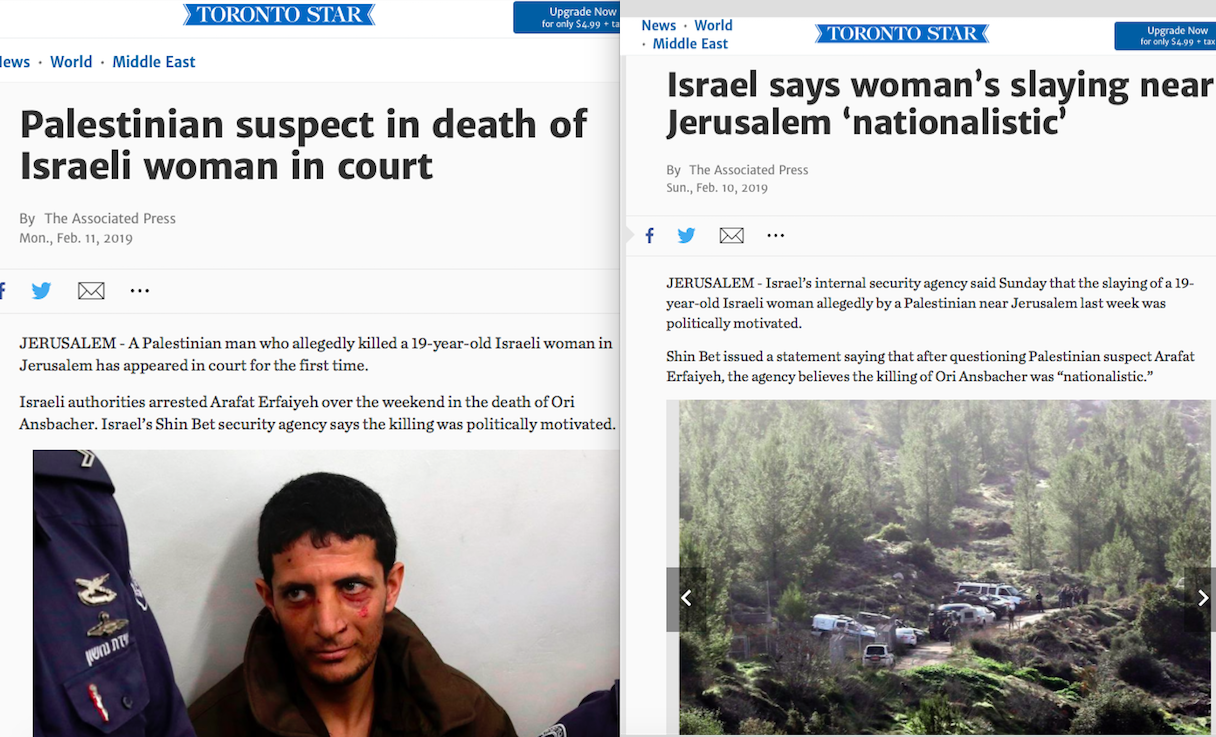 The attack and murder of Ori Ansbacher was especially gruesome and offensive in that the attacker allegedly raped and decapitated her.

That the Star devoted its resources and published these articles to its widely-read website is worthy of praise. In so doing, readers of the Toronto Star were able to learn in great detail about this attack and to see the jarring images of the alleged Palestinian perpetrator and the scenes of the terror attack.

We thank the Toronto Star for its cooperation.