Recently, the Globe and Mail, Radio-Canada, and the Montreal Gazette all falsely asserted that Israel was building new settlements in the west bank. After HRC intervened, corrective action was taken by all news organizations.

As we pointed out to all these news outlets, new homes are being built solely within the boundaries of existing settlements which Israel expects will remain under any peace agreement with the Palestinians. In the interests of a peace accord, Israel has altogether refrained from building new settlements in the west bank and from expanding the territory of existing settlements. 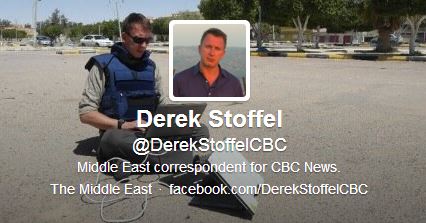 On December 31, CBC Mideast bureau chief Derek Stoffel produced a radio report that aired at 7:00 and 11:04am which saw Mr. Stoffel incorrectly state the following: “Israel’s Prime Minister Benjamin Netanyahu has tried to deflect some of the criticism of the prisoner release by announcing new settlements the last two times Palestinians were set free. Israeli newspapers report that Netanyahu is expected to do the same thing sometime this week, approving the building of more Jewish homes in the occupied west bank in east Jerusalem something the Palestinian leadership says threatens the ongoing peace talks between the two sides.”

You can listen to this report by clicking here.

After HRC contacted CBC editors, the following on-air clarification was commendably issued on January 3 by CBC Radio: “A clarification on a story earlier this week when we reported on a Palestinian prisoner released by Israel we said that at the same time the Israeli government would build new settlements. That was incorrect, in fact, the Israeli government announced it would build new homes inside already existing settlements.”