A University of Winnipeg radio station has apologized for giving a platform to conspracy theorist Sydney White who claimed that Israelis gassed and cremated the victims of the 9/11 terror attacks and that American-Jewish businessman Larry Silverstein, who leased the World Trade Centre, profited “billions” from the massacre.

As reported by City News, White was a guest on the show “Where Angels Fear to Tread” on November 11 hosted by CKUW’s April Cherpaw. It’s reported that Cherpaw did not challenge or disagree with Ms. White’s comments.

The Canadian Jewish News reports that: “Following a complaint by Bnai Brith, the station management took immediate action. Management suspended the show for six weeks. Station Manager Rob Schmidt said in a press release that Cherpaw resigned from the board of directors and will have to meet specific conditions before returning to the air.”

CKUW 95.9, a campus radio station which is partially funded by student fees at the University of Winnipeg, acknowledges that their programming was “unacceptable” for its including views replete with anti-Semitic tropes. On November 25, the 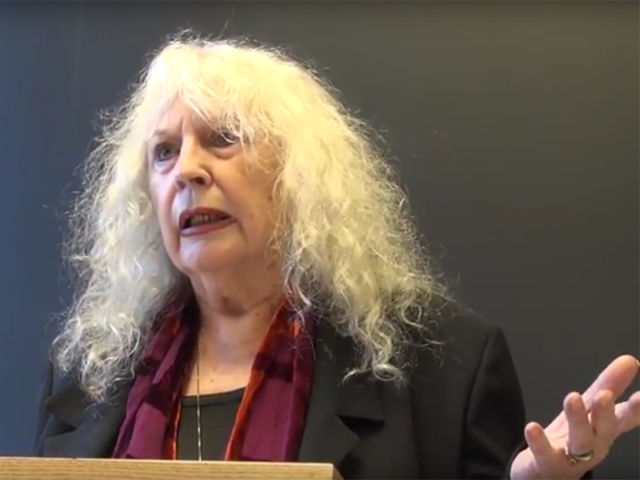 The Winnipeg Free Press reports that White (pictured right): “… went on to say Jewish bankers were responsible for funding the Russian Revolution and repeatedly labelled the United States as ‘Zionist America.’ In addition, she alleged a Toronto newspaper banned coverage of her talks, claiming a reporter told her the owners of the publication are Zionists.”

Importantly, a B’nai Brith Canada representative will appear on the program to discuss the rise in anti-Semitism in Canada as an effort to further remedy the situation.