Accept Holocaust as Truth? No Thanks! Says Editor of Toronto Arab Paper

While criticizing Palestinian leader Mahmoud Abbas for a perceived softening of his stance, board member of Palestine House and editor of the Canadian Arab newspaper Meshwar, Nazih Khatatba outrageously asked why we should accept the Holocaust as “truth”. According to a blog post and translation by Jonathan D. Halevi, the Meshwar editor stated the following in an editorial published on February 21:

“Why the Palestinian, any Palestinian, has to announce his ‘belief’ in the Holocaust of the Jews, and why should we accept it as truth? Mr. President, I reject the subservience expressed in your statements and we demand that you stop degrading our dignity and the dignity of our martyrs and prisoners.”

The Canadian government halted government funding to Palestine House in 2012 due to concerns regarding a “pattern of extremism”. A government spokesperson said Palestine House had aligned itself with terrorist causes, including celebrating the release of terrorists and honouring the founder of the Popular Front for the Liberation of Palestine (PFLP), one of the groups that formed the PLO and was responsible for numerous armed terrorist attacks and hijackings.

At the time, Palestine House said it denounced all forms of terrorism and extremism. It seems, however, that the new revelations of Holocaust denial tell a different story and reinforces the pattern of extremism which led to a halt of government funds. 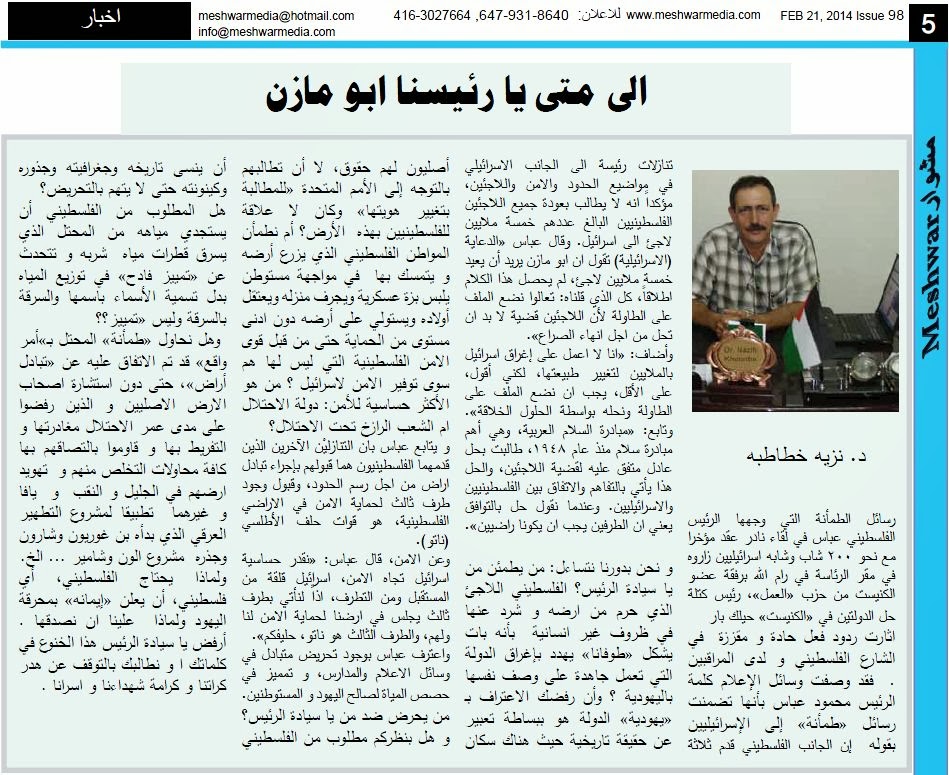